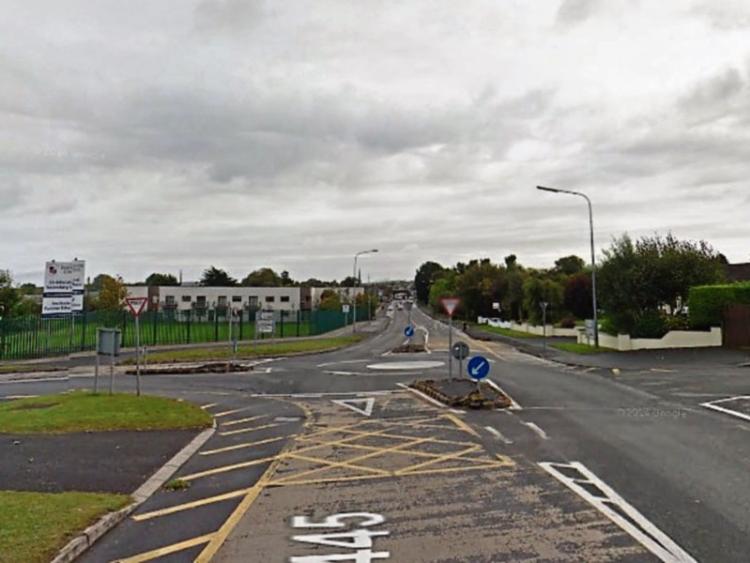 Roadworks have begun in Portlaoise to replace a temporary roundabout on the busy N80 Portlaoise Mountrath road, with a junction with controlled pedestrian crossings and cycle lanes.

Work has now begun on the junction close to Portlaoise College and Scoil Bhride NS in Knockmay.

Laois County Council has announced that temporary traffic lights will be in place for the duration of the work which has been extended until Friday September 25.

Below: an image of the new roundabout. 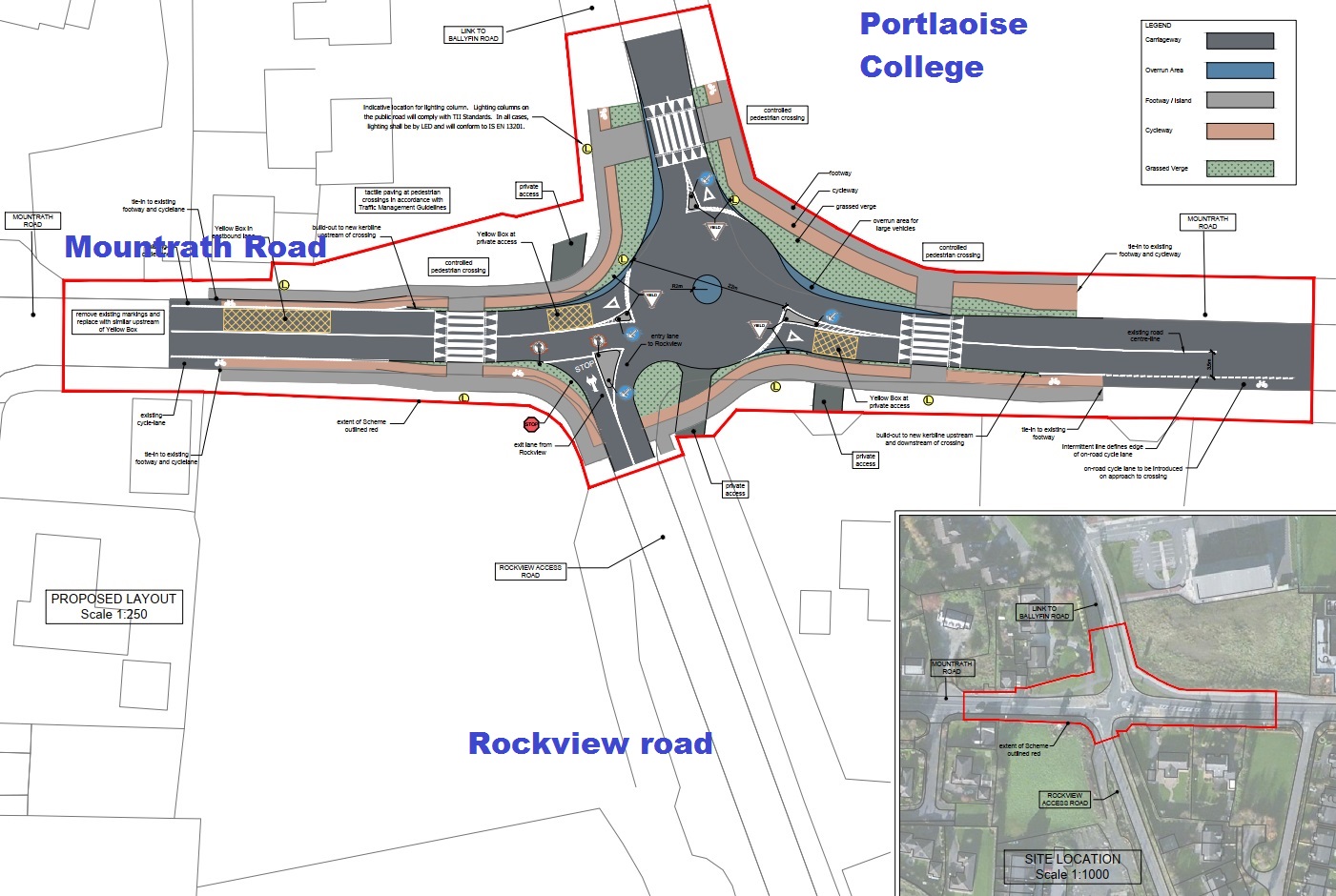 "For the purposes of revising the layout of the existing roundabout arrangement, redesign of the arrangement new realignment, kerbing, pedestrian crossing etc".

The Rockview Roundabout was built as a temporary structure by the developer of a nearby housing estate about 15 years ago.  The painted circle is on a busy narrow junction beside Portlaoise College and Rockview housing estate.

Years of requests by Portlaoise councillors to rebuild it followed, with Cllr John Joe Fennelly describing it as "deadly dangerous", Cllr Caroline Dwane Stanley saying it was "absolutely crazy",  and Cllr Catherine Fitzgerald saying the "fried egg" roundabout was "a complete mess".

Laois County Council got approval of €300,000 from the Department of Transport to rebuild it in 2018 in but ran out of time to draw down the money after councillors delayed approval of planning permission, over concerns by residents about more houses being planned nearby. Another grant request by the council in 2019 was refused by the department.

Below: the traffic management plan during the roadworks to realign Rockview Roundabout. 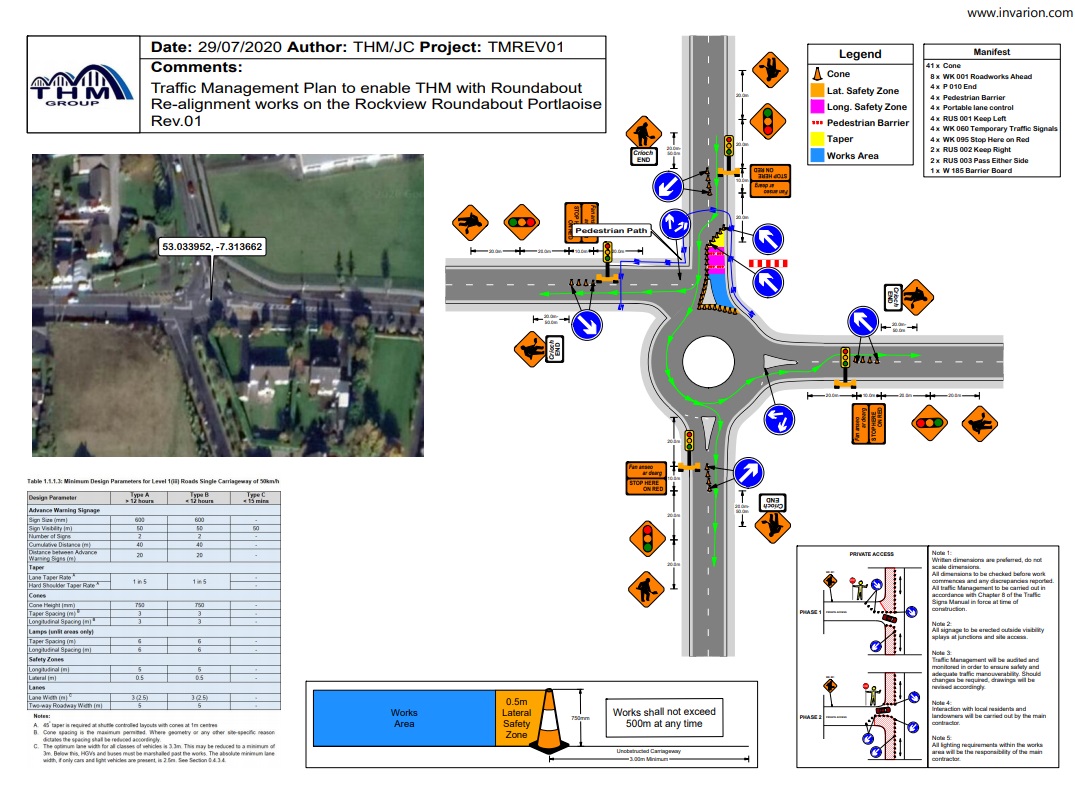