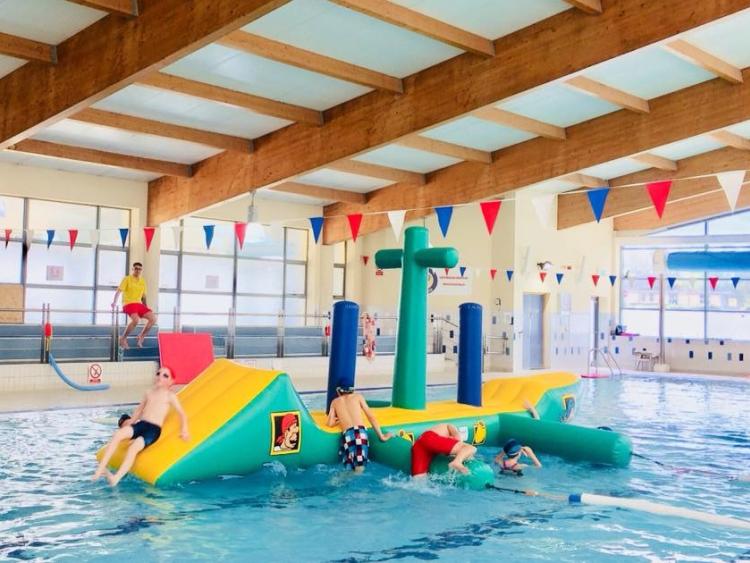 The swimming pool in Portlaoise Leisure Centre, shut since March.

Portlaoise councillors have called for the reopening of Portlaoise Leisure Centre which was closed after its board folded due to lack of government funding last June. The centre was already closed since March 13 due to Covid-19 restrictions.

The closure of the business led to the loss of 30 jobs.
At the September meeting of Portlaoise Municipal District, Cllr Noel Tuohy led calls to reopen it.
“That this council work with all stakeholders to restore Portlaoise Leisure Centre as the major community resource of the town and surrounding areas,” his motion said.

Simon Walton, Portlaoise Town Manager told him that a presentation will be given at the full council meeting in late September  on the efforts to reopen the centre. It operated as a private company, part funded by Laois County Council which own the premises on behalf of the public.

Cllr Tuohy stressed the need for the pool.
“It needs to be kept on a public agenda. I know a staff member there for 15 years who is paid €10.76 an hour. That’s basically minimum wage. There is nothing to be squeezed from staff. This needs to be reopened, it is hugely important,” he said.

Cathaoirleach Cllr Thomasina Connell agreed.
“People are looking to de-stress. It is very important that a viable, affordable option is there,” she said.

Cllr Caroline Dwane Stanley said that the Dunamase College secondary school is nearby and students are at a huge loss since it closed.

Cllr Catherine Fitzgerald is Laois County Council Cathaoirleach.
“As cathaoirleach I spoke to the CEO and he is very anxious as well, that’s why he wants to give this presentation. I know for a fact they are doing all they can, the sports officer Ann Marie Maher said there is ongoing work,” she said.

Cllr Willie Aird noted that a huge number of people are now using the outdoor facilities around the centre.

“I’ve never seen as many people in the skatepark and playing football. I look forward to seeing the doors open again, it’s a huge loss to everybody. This is part of Portlaoise for 50 years, financed by the local authority and that has to continue. We are an inland town, we want to reach out and ensure that every child can learn to swim,” he said.

The centre closed earlier this year due to a shortage of finance which the council said it could not fund.

Laois has only one remaining public swimming pool and gym, at Portarlington Leisure Centre.