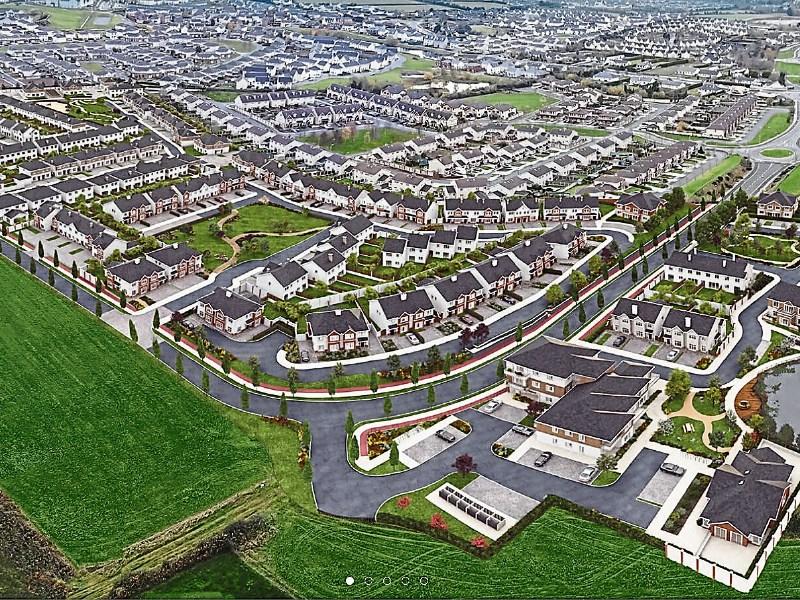 Many residents and county councillors opposed plans for a big new development in Rathevan Portlaoise which was submitted to An Bord Pleanála as strategic housing. The application was later withdrawn

Quality of life issues and once off housing in rural areas were raised by county councillors with the most senior Laois County Council officials who are preparing the new Laois County Development Plan.

Councillors were updated at their October meeting on the timeframe for the adoption of a new plan which will run from 2021 to 2027.

Cllr Paddy Bracken warned officials that a new plan cannot repeat the mistakes of the past.

“The one thing we are forgetting is quality of life,” said the Mountmellick councillor.

“I see it in my own town. I see it in Portlaoise. I don't know who is driving it, whether it is Government or the Department, but we are building and building and we have no consideration for existing neighbourhoods or the quality of life for people.

“If we go through a development plan and forget that, we will be back to the boom again,” he said.

Cllr Bracken said he was very dissppointed to see no reference to quality of life in the process.

“I don't think that is fair on ordinary people who are living in an area and developments are imposed on them without any consideration.

“I know there is a crisis in housing but we just can't go back to the Celtic Tiger years at any price and leave a mess afterwards again,” said Cllr Bracken.

Cllr Aird agreed and said time must be given to consider the proposals so the same mistakes are not repeated.

He cited a past planning requirement for wooden fencing in new estates as an example of such errors.

“It is very important that all the proposals that we made in previous years be included in the new plan,” he said.

“We have a demand for houses in Portlaoise but we need the Government to step up and help us to provide.

“We can’t just keep producing houses without infrastructure,” she said.