€1 million for a bike friendly Portlaoise 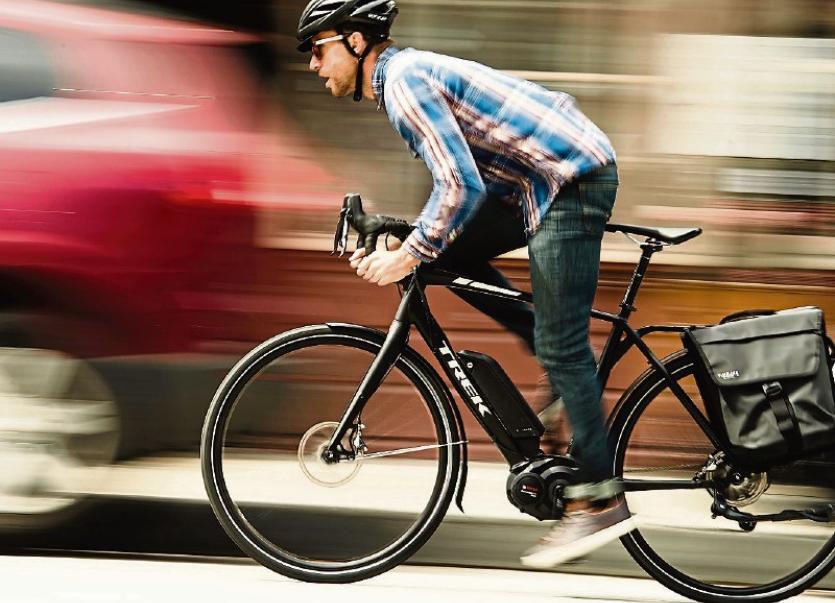 The capital town in Laois is slowly becoming safe for cyclists with over €1.1 million invested and more to be sought for bike lanes.

Further plans include a bike route right through the town on the Triogue Blueway, and more bike parking is soon to be installed in the town centre.

The town has some way to go however, with many cycle lanes not yet joined up but suddenly ending leaving cyclists vulnerable beside heavy traffic.

Cllr Thomasina Connell quoted the Field of Dreams movie when she tabled a motion to the October meeting of the Portlaoise Municipal District on it.

“If you build it they will come,” she said.

“We need more infrastructure, it is very dangerous, I’ve had a couple of near misses myself on my own bike.

“It’s the future. It’s second nature in Amsterdam, and this could be the way forward for our town,” she said.

She requested an update on the council’s plans for cycleways, bicycle paths and bike racks, when they will be installed and where the money will come from.

Her motion was supported by Cllr Willie Aird.

“I hear there is fantastic work in the Slieve Blooms, we will see an influx of people through Portlaoise going to the mountains. When the pandemic is over we can harness this tourism,” he said.

The council has agreed to give a detailed visual presentation to the Portlaoise Municipal District before the year is out.

In the meantime, Director of Services Simon Walton gave details of funding already received. He said that €450,000 from the Urban Regeneration and Development Fund is being used to upgrade cycle lanes on the Mountrath and Dublin road.

“Further works to expand the cycle facilities on these routes will be undertaken in the coming months. The Triogue Blueway, also funded under the URDF (€650,000) delivers a very significant off-road walking and cycling route connecting key residential, commercial, recreational, amenity and educational facilities.

“It is acknowledged that enhanced provision for cycle parking facilities are required in the town centre and measures to address this shortfall will be put in place in the short term.