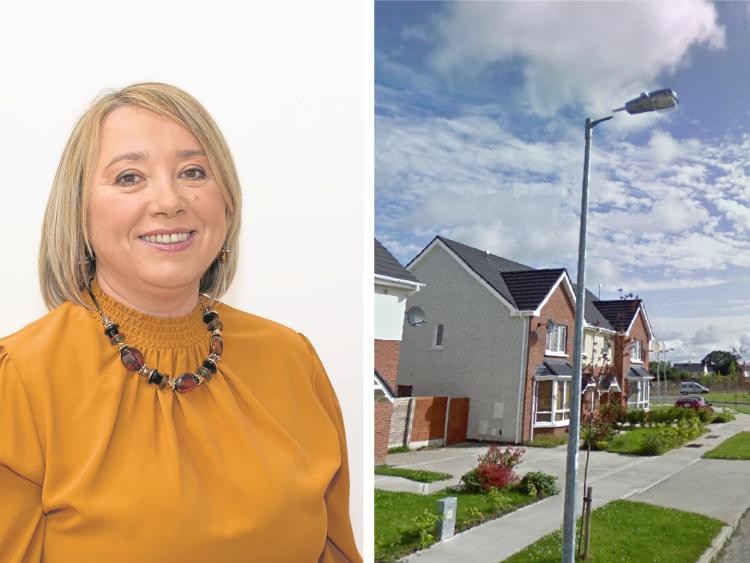 A Portlaoise housing estate where a Laois county councillor lives has 11 streetlights out of order, and she is calling for urgent action.
Clonroosk Abbey has “consistent problems with lights” says Sinn Féin Cllr Caroline Dwane Stanley.

“It is built 14 or 15 years, I’m living there 12 years. The lights were fixed four or five times in recent times, all the lights are going so there is definitely a fault. Eleven lights are out, the whole middle of the estate is in darkness,” she said.

That wasn’t the only issue. Her motion to the November meeting of the Portlaoise Municipal District requested the developer to plaster and repair a wall at the entrance.

She asked Laois County Council to give an update on plans for a vacant site, for the owner to secure this site and to start the taking in charge process for the estate.

“The developer is building more houses here, I believe 30 of them will go back through Clúid to the the council. It’s not as if they can’t see the problems when they drive in. There are two vacant sites. They are very badly overgrown, with fences broken and very unkempt.

“I am going to get a petition from residents to call on the council to take it in charge. There is no point dishing out planning permissions if we don’t enforce the conditions,” Cllr Dwane Stanley said.

Angela McEvoy senior planner replied that planners have contacted the developer who has told them the lights are repaired.

“They will also arrange to have the wall replastered and secure the vacant site in their ownership. On taking in charge no formal application was made as an issue relating to wayleaves for sewers requires attention,” she said.