Scaffolding to come down from derelict Portlaoise hotel 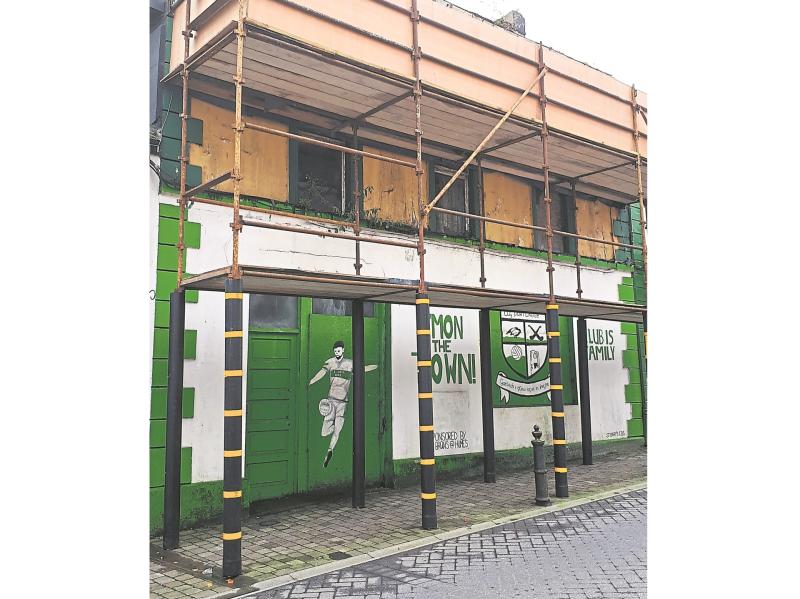 Scaffolding to come down from derelict Portlaoise hotel

Scaffolding is going to be taken down at a derelict former hotel on Main Street in Portlaoise.

However it does not signal the start of the planned project to turn the building into council apartments.

Instead owners Laois County Council are going to use another method to stop the broken roof slates from falling onto the street below.

An update was given at the November council meeting.

“Work will commence shortly on the removal of scaffolding. Stage 1 approval for 11 units granted on September 4. Discussions ongoing with Department of Heritage on a future design,” the housing department said in the monthly management report.

Director of Services for housing is Joe Delaney.

“We have come up with an alternative method for debris,” he said.

Cllr Willie Aird said he is delighted the scaffolding is coming down.

“It is a very dangerous building,” he said, asking when work will start on the conversion of the building.

The County hotel was bought by Laois County Council two years ago with a plan to convert it to 11 apartments for single or older tenants. They refused to disclose the purchase price.

The plan is slow to progress however, with work not expected to start until at least 2021, to be carried out by Cluid Housing Association.

The scaffolded walkway was installed 15 months ago. It was a cause for complaint by the photography business next door which reports a loss of trade.

Cllr Caroline Dwane Stanley had reported the problem in two different motions to meetings of Portlaoise Municipal District this year.

She said the business was “badly affected” because it was harder to see his shop from passing vehicles.

Mr Delaney had said he sympathised with the adjoining owner.

“We have a report from Cluid on the condition of the building. It is in poor condition. It has protected status,” he had said.

Clúid has applied for Capital Assistance Scheme funding from the Department of Housing to pay for the works. The former hotel closed some 20 years ago and was the subject of several fires since, now boarded up with only a mural of Portlaoise GAA by CBS students brightening up its exterior.