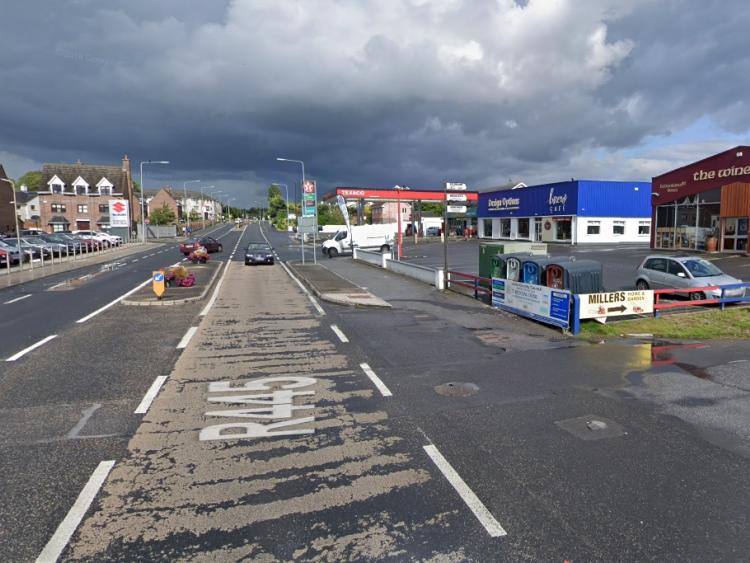 A child and a baby in a pram are among those who faced danger from drivers at a busy section of the Dublin road, a Portlaoise councillor has claimed.

Cllr Thomasina Connell has requested Laois County Council to review the road and the footpath on a section of the Dublin road, to make it safer for pedestrians to walk.

The stretch of road is from Dun Masc housing estate, past a garage and retail park and a business park, as far as the roundabout to Collier's Lane. Parts of the road do not have any footpaths, at the entrance and exits to the garage and shopping areas and adjacent business park.

She described a dangerous incident involving a child and a vehicle that was driving away from the garage.

"Most of us have received an email about a serious incident with a child, when the driver was coming out of Downey's and turning left," she said.

Cllr Connell said that a separate incident took place beside Laois County Council's bottle bank on the edge of the garage site.

She described a "face-off" between a pram and a car.

"Some people are driving up on the path to the bottle bank to get closer to it. There was a face-off between a car and a pram," she said.

Laois County Council's reply from senior engineer Wes Wilkinson is that he will meet the councillor on site to examine the road and path, but not until after Level 5 Covid-19 restrictions ease on January 31.

"I look forward to seeing what we can do. I don't think it will cost too much to make it safe," Cllr Connell said.

"There are drivers coming from every direction. We did all get those complaints. We should consult with Downey's and see what they can do to make it safe," she said.

Cllr Noel Tuohy said it is time for Portlaoise's reputation for roundabouts to be changed.

"We are known as the town of roundabouts, I'd like it changed to the town of safe paths and cycle lanes," he said.