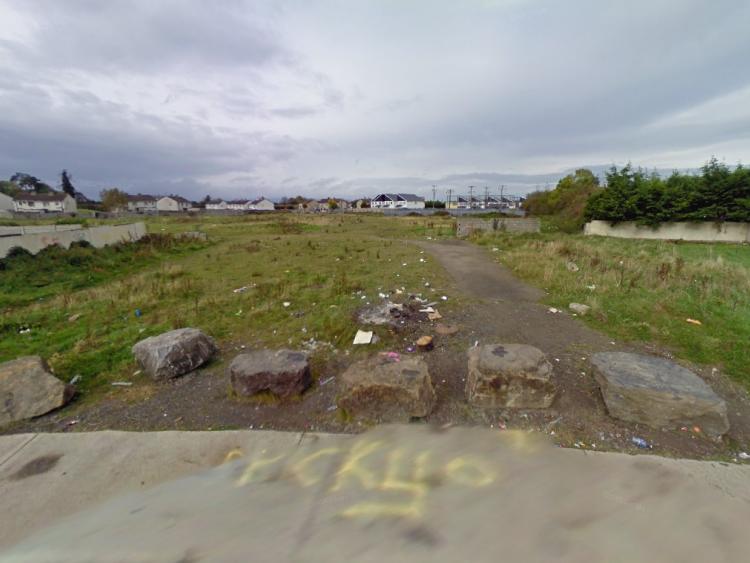 A piece of Laois County Council owned land is being repeatedly dumped on in Portlaoise, but local councillors are strongly critical that as the landowner, the council is not cleaning it up enough.

The field is in Knockmay, between Mountain View, Clonrooske View and the back of Hillview Drive housing estates.

It has become an illegal dumping ground, but the council expects this to end once it builds social houses on it as part of the redevelopment of the demolished Hepburn Court.

Whilst it has been cleaned up repeatedly at the cost to the taxpayer, Cllr Thomasina Connell has demanded a further urgent cleanup.

She tabled a motion to the February meeting of Portlaoise Municipal District requesting it. After hearing the council’s reply that the field is a long term blackspot for dumping domestic rubbish, but it will be cleaned again, she was unsatisfied.

“You are right it is a blackspot. But I don’t accept that rubbish should be left there. There are burnt out couches. This needs to be carried out once regulations are lifted,” she said.

“Do we get to a situation that if somewhere is a blackspot, we ignore it until we have housing on it? To have to walk a child through that is a disgrace. It has to be cleaned continuously until it is built on,” she said.

Cllr Caroline Dwane Stanley said that a cleanup does not solve the problem.

“Within a week it will be as bad as ever. There is a few blackspots in our community. The council spent €20,000 last year on clean-ups. It is absolutely crazy that we have to continuously do this. I’ve had complaints from people living on the Ballyfin road whose back yards adjoin this field. And from parents bringing their children to school and people who work in the area.

“This field is very much used to walk across, including by women and children and there is extremely dangerous with drugs paraphrenalia lying around.

"A couple of things need to be done, cleaning is one, but there is legislation to knock on every household’s door and and them to produce evidence of how they dispose of their rubbish. I’ve been given a commitment that this will be done.

"We need to put up cameras. Some people are aware who is doing this but they won’t come forward because they are afraid. I look forward to a four pronged approach,” Cllr Dwane Stanley said.

Cllr Noel Tuohy said one shoud not assume that it was local residents doing the dumping.

“It’s not fair on people who treat their area with respect. We need more cameras,” he said.

“It’s the first thing that hits people, this should be done immediately. You see people out picking rubbish with the blue bags, there’s no problem with social distancing. Shame on Laois County Council for leaving their property in such a disrespectful situation.

“It is soul destroying on people living their doing their best,” he said.

Environment engineer Rory O’Callaghan had said the field is a blackspot.

“This site in Knockmay is a black-spot area within the town for illegal dumping activities. The site has been cleared of illegally dumped material numerous times. This area of ground is owned by Laois County Council and is surrounded by housing developments. The site is a secluded site and is only overlooked by the rear first floor windows of adjoining residential properties. The site would benefit from development insofar as that will remove/displace existing illegal dumping practices. A site inspection was carried out and the type of material being illegally dumped is household waste. The area is badly affected with illegally dumped material. The Environment Section will organise the clean-up of the site.”