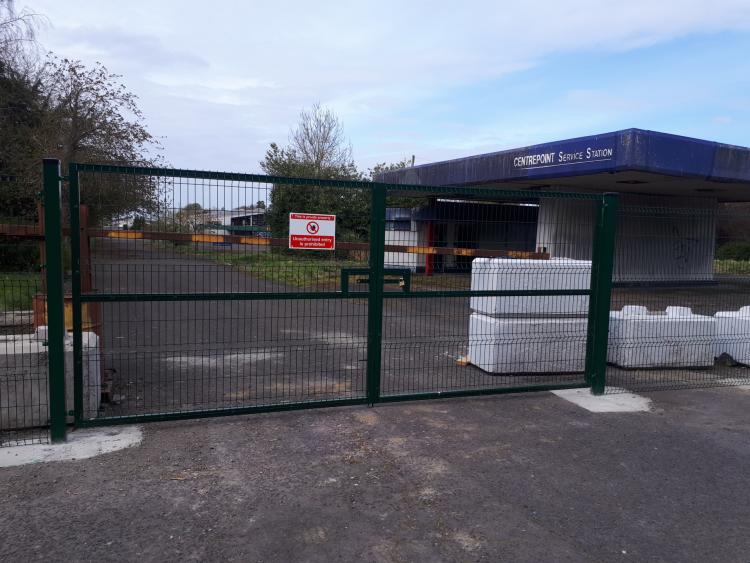 The owners of the derelict Centrepoint shopping centre in Portlaoise have been identified and legally ordered to secure the site and remove hazardous waste.

Laois County Council has confirmed today that it has served several legal notices to the owners, Pimcar Ltd from Kerry.

"The owners of the property have been confirmed as Pimcar Ltd, Unit 1 Keltic Business Park, Clieveragh, Listowel, Co. Kerry. The Planning Authority has made contact with the owners , who are engaging in carrying out works to the site. The Planning Authority served notices on the owners of the Centrepoint Property of the intention to enter the site on to the Derelict sites Register which commences that process," Senior Planner Angela McEvoy has confirmed.

If the site is not cleared up, the council will move to place it on the Derelict Sites list, which incurs costly charges to the owner.

"The owners have been given a 14 day period from the 1st April 2021 within which to respond. The necessary appropriate action will commence thereafter once this time period has expired and will depend on the response or not received.

"An update to the Vacant sites register will now also be made to reflect the actual confirmed owners of the property and that process will continue following this change.

"Concurrently the Water Services Section has served notice of works to be carried out under Dangerous structures legislation and subsequently works commenced on-site Tuesday morning 7th April , involving the erection of fence posts to the front of the site and rehanging of Rear gates. There does not appear to have been any removal of waste or works undertaken on the structures from recent inspections. Works it would appear have not been completed yet and owners have been cooperative in discussions to date."

Portlaoise Cllr Caroline Dwane Stanley had requested the update in a motion to the April meeting of Portlaoise Municipal District.

She said it is not enough to merely put up fencing and remove waste.

"We are all aware it has been set on fire twice in the last month. I have never had as many complaints, many from residents on the Mountrath road and adjacent to the site who are terrified of their lives. There is asbestos in the roof.

It's not good enough for the site to be secured and left there for how long. I don't want that site fenced off for the next 20 years. It needs to be demolished. It is a fear factor for residents," she said.

Cllr Dwane Stanley asks that PimCar Ltd be asked to report their intentions for the site for their May council meeting.

The Cathaoirleach Cllr Catherine Fitzgerald had tabled a similar motion on Centrepoint.

"The health issue is the biggest concern, with asbestos. Neighbours are watching smoke bellowing out. Once you interfere with asbestos the fibres go into the air. They are really getting nervous. So we have anti-social behaviour, a health issue and a derelict site in a prime location. I ask that everything that can be done is done," she said.

The site on the Mountrath Road had changed hands several times since the Shaws retail group closed it in 2006 and put it on the market.