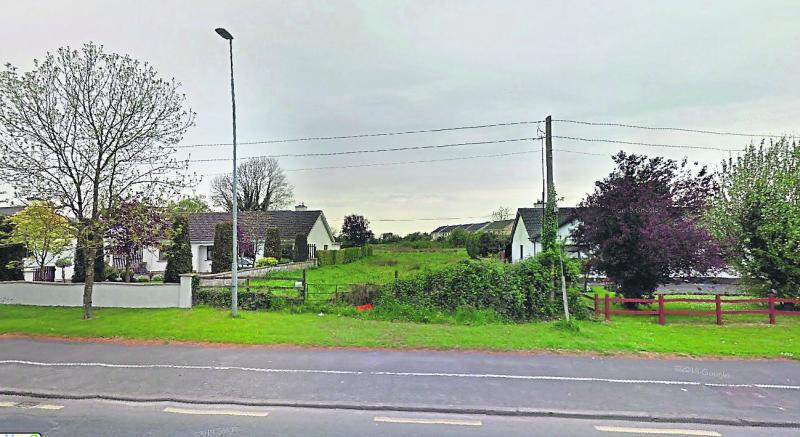 Site entrance to the new homes in Portlaoise

Builders have been invited to bid for the contract to build new homes for 39 families and individuals on Laois County Council's housing waiting list.

The Respond voluntary housing agency has published a tender in which it invites companies for the estimated €7 million contract to construct the new homes on a site off the Abbeyleix Road which caused controversy when Laois County Council decided to push ahead with plans to locate social housing there.

The contract includes the development of 39 dwellings, comprising of 15 apartments and 24 mainly three-bed houses. The site works will include the complete provision of infrastructural services, roads, footpaths etc to service the homes on what is a greenfield site.

Laois County Council has previously outlined that a community centre, bike sheds, a garden allotment and football areas are planned for the Curriersbog site is bounded to the north by Abbey Court Housing Estate and will be accessible via a new entrance on the Abbeyleix Road.

The plan had met with objections by nearby residents during public consultation in 2019 but with alterations, councillors gave the planning green light in October of that year. Among the concerns raised was that the new homes would overlook privately owned bungalows on the Abbeyleix Road.

Respond is one of a number of independent, not-for-profit organisations that provide affordable rented housing for people who cannot afford to pay private sector rents or buy their own homes; or for particular groups, such as older people or homeless people.

Housing authorities such as Laois County Council can provide assistance to Respond and similar organisations to provide housing to people on waiting lists.

Unlike traditional council accommodation, voluntary housing body houses and apartments remain for rent only and cannot be purchased.

Companies have until June 4 to bid for the contract to build the new homes.