Colonel Fitzmaurice Commemoration Committee hope to use it as a centrepiece of a display on Portlaoise Aviation History. 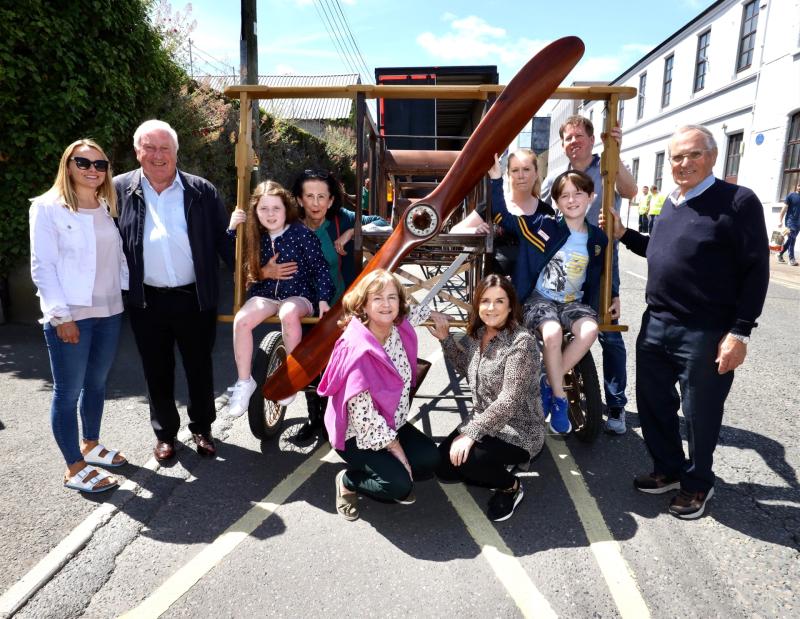 The Portlaoise Flyer, the plane built by Frank, Louis and Joe Aldritt in the early part of the 20th century has returned home to Portlaoise.

The plane, which is believed to be the first plane to fly in what later became the Republic of Ireland, had been bought by a collector in the UK. It was purchased, restored and returned home by the Colonel Fitzmaurice Commemoration Committee, who hope to use it as a centrepiece of a display on Portlaoise Aviation History.

Teddy Fennelly is President of the Fitzmaurice Commemoration Committee which has dedicated great efforts to the project.

“We are absolutely delighted to see this plane coming back to its rightful home in Portlaoise. I’d like to thank all the management and elected members of Laois County Council and Portlaoise Municipal District who have helped the plane on its journey so far, and we look forward to working with them in finding a permanent home for this invaluable artefact,” he said. 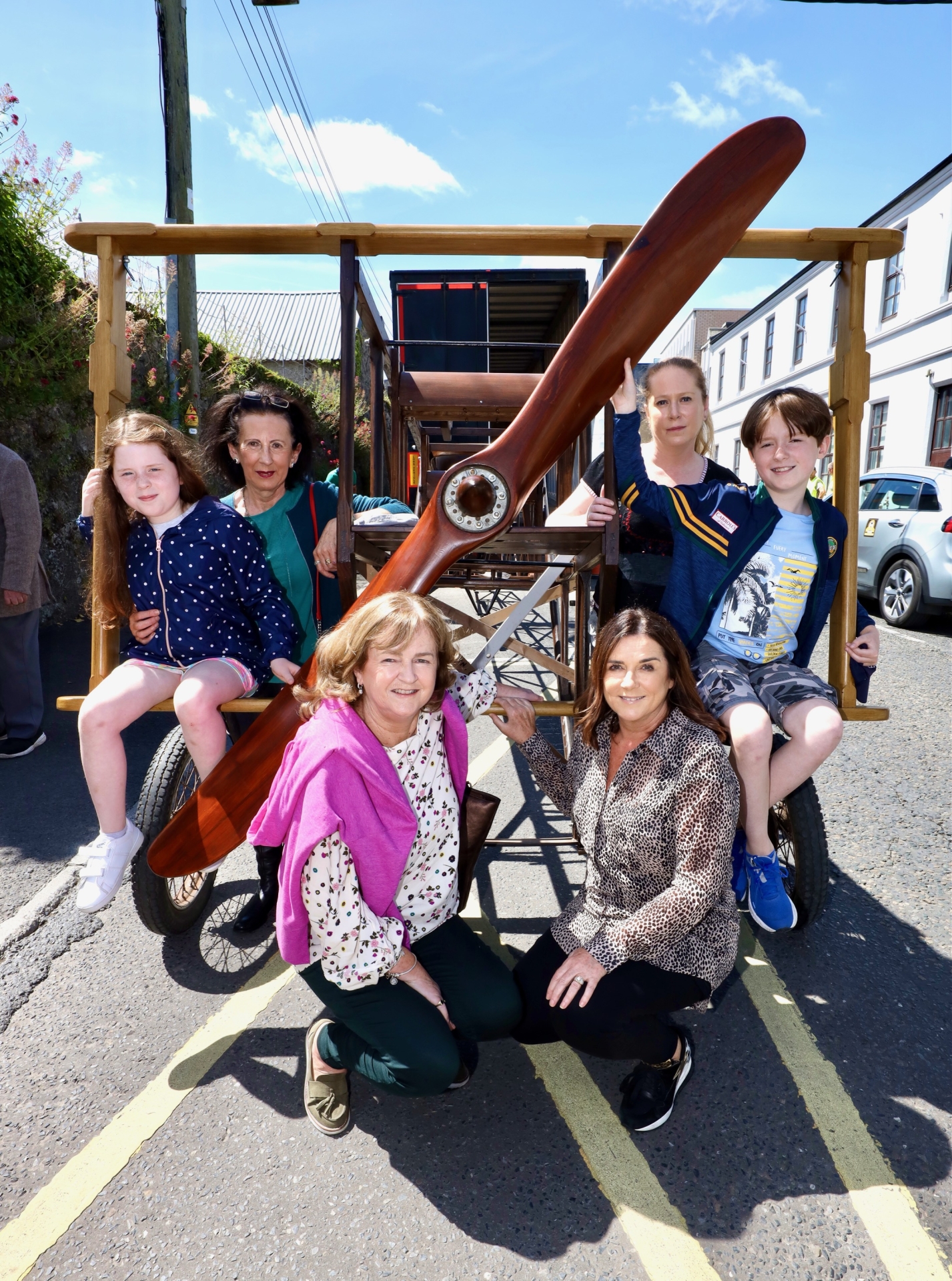 The Plane will be stored at a secure location in the town while further restoration work is finalised. An event to introduce the pane to the public is planned for Heritage Week, on Saturday 21st August. The plane will be displayed on Fitzmaurice Place, in tribute to the builders of the plane, the crafts people who have restored it and to Col James Fitzmaurice, who was involved in the building of it as a young boy.

“It’s a proud day for Portlaoise as this priceless link with our past returns home. We are looking forward to sharing the plane with the people of the town during Heritage Week, and we will also have a chance to share details of the Heritage Council funded project to conserve newspapers and other archives relating to the first East West Transatlantic flight in 1928.

"As Colonel Fitzmaurice himself said he was inspired to take up his flying career by working with the Aldritts on the Portlaoise Plane, it is fitting that we celebrate the Plane in the square named after Fitzmaurice in Portlaoise during Heritage Week," she said.

Several members of the Aldritt family attended the homecoming last week. Among them was Susan, Barbara and Denis, son of Donie Aldritt who was the last custodian of the aircraft.

He spoke to the Leinster Express about seeing the plane again after so many years.

"It’s great to see it. It’s been gone so long and I suppose we didn’t really miss it until we saw it back again,” he said.

He recalls the plane from his childhood.

“I remember seeing the plane hanging out of the rafters on Church Street,” he said.

“We owe them a great debt of gratitude...without the two of them it would never have come back to Portlaoise,” he said.

He admits that the family have learned a lot more about the plane their family built through the process of bringing it home. Denis remembers his father and uncles being involved in some big projects alongside building a plane and the family engineering and car business. He said the were called down to Ardnacrusha to solve problems when the hydroelectric power station was being built in the 1920s.

“They were into a lot of things,” he said.

It was appropriate that the plane returned to a location not far from where it was built at the Aldritt Engineering works on Church Street which is now home to a hair salon run by Barbara Aldritt.

In the 1950s, they moved to the Dublin Road where the Des Hughes garage is now located.
Denis believes the plane left Portlaoise after his father gave it to another Laois man Denis Lucey who opened a museum in Kerry.

It would later make its way to Great Britain before being tracked down by Teddy and Alan in recent years.

Somebody who cannot be forgotten in the rescue and return is Joe Rogers. From Portlaoise, Joe discovered the plane in 2012, where he now lives in the UK, on a visit to Filching Manor Motor Museum in East Sussex.

In the collection was the plane on which his father, William Rogers, had worked.

"A Treasure Uncovered in East Sussex" published by www.writing.ie reveals how he came across it during a recent holiday in the south of England.

He said recovered the Portlaoise and stored it for six years.

Joe joined the Irish Army Air Corps on leaving school and served as a Meteorologist/Air Traffic Controller. He trained at Collinstown (now Dublin Airport) he served at both Baldonnel and Gormanston airfields. Joe moved to England on discharge where he started a new career. 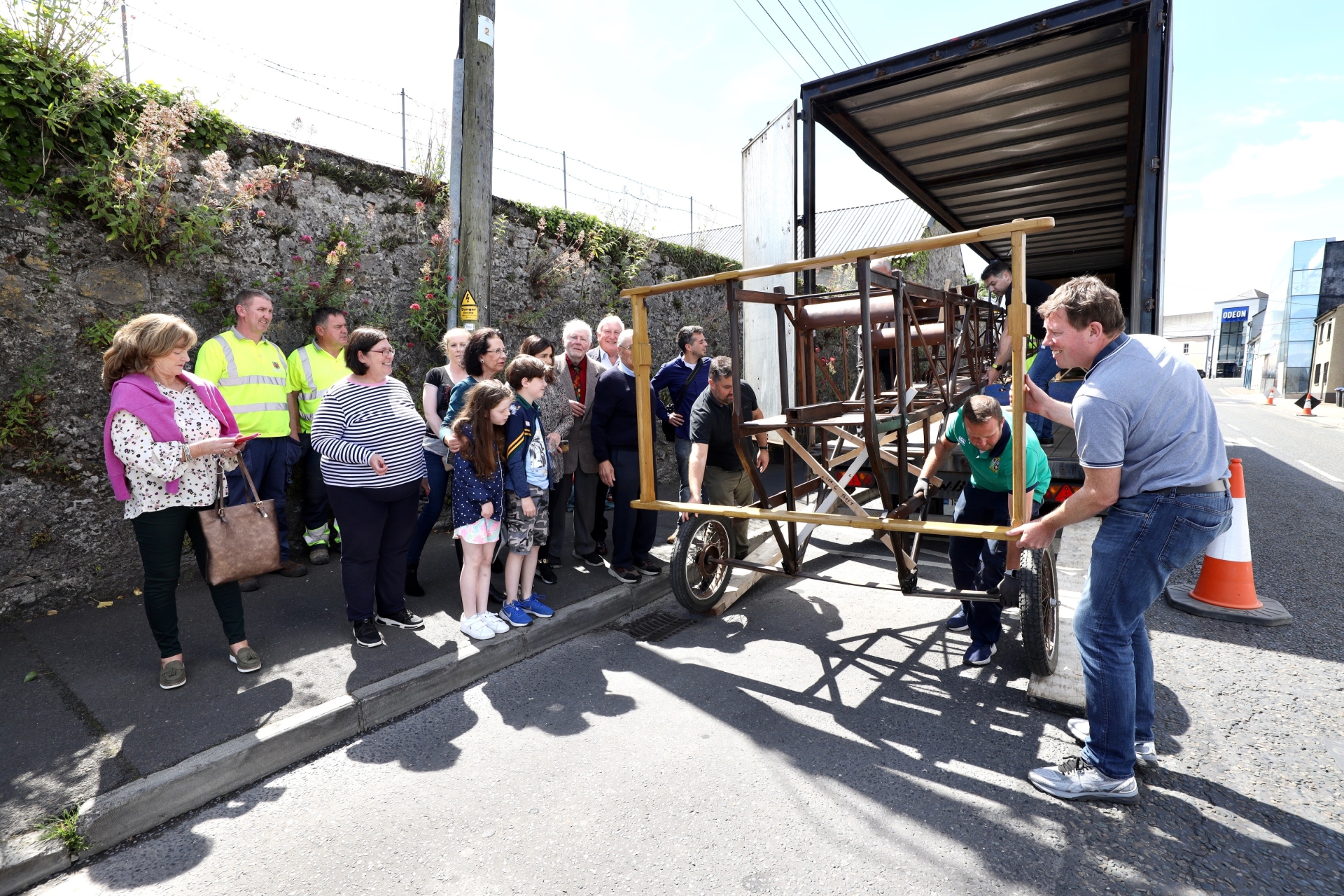 For more information on Col Fitzmaurice and the restoration of the Portlaoise Plane follow https://www.facebook.com/Fitz-and-the-Famous-Flight-106669151006231/.

For more on Heritage Week events coming up in Laois see www.laois.ie/heritage 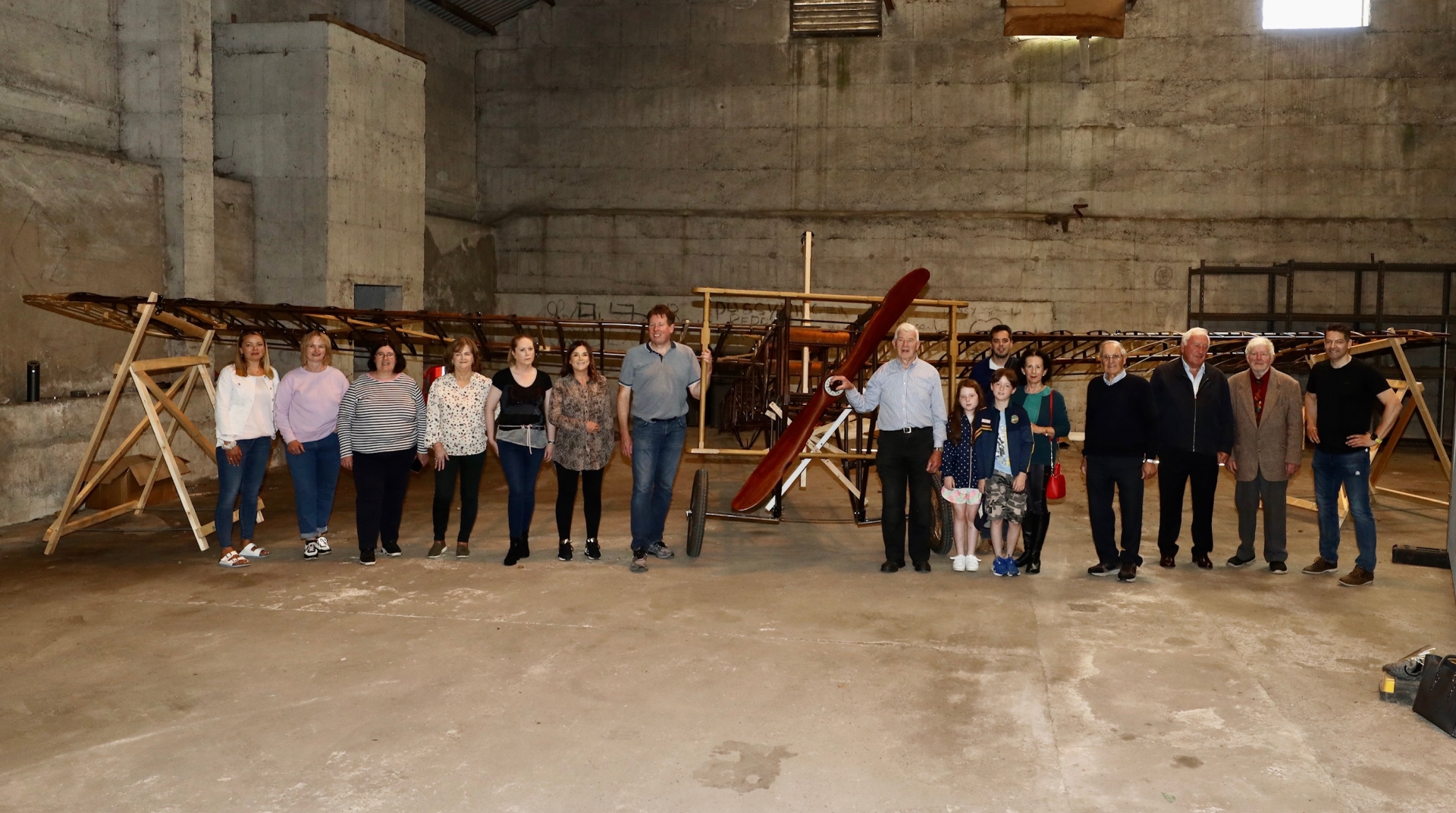