Portlaoise reprsentatives outvoted thee to one 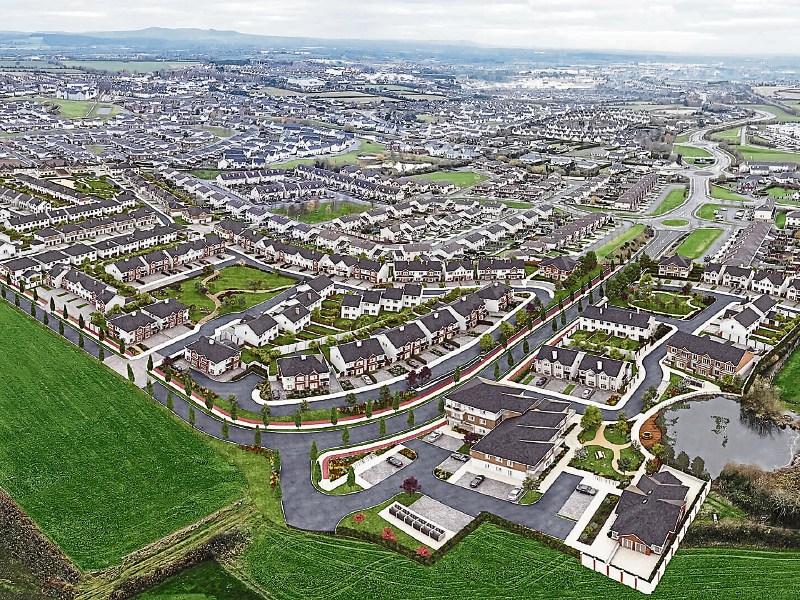 County councillors have voted against rezoning a big tranche of land in Portlaoise to reduce the number of houses that could be built on it.

The entire 10 hectare site to the north of Rossdarragh Rathevan was zoned for residential in the 2017 -23 County Development Plan.

It has been the subject of three separate applications in the past decade the first of which would have seen more than 400 new homes built there.

The developer withdrew a fast track strategic infrastructure application from An Bord Pleanála in the autumn of 2020 after applying in June 2020.

An application to build 99 new homes on the site was before the council when Laois County Councillors met this month to consider submissions to the new county development plan.

On such submission came from Thomas Kelly and Sons developers. The Laois building company has been involved in all three efforts to build houses on the land.

The submissioned countered a new zoning of the land.

Laois County Council wanted to change the rezone to cut back the amount of land that could automatically be used for housing.

“It is proposed in the draft plan to be roughly 40% residential and the remainder zoned strategic reserve which would allow for phased development,” she said.

This was proposed by Cllr Catherine Fitzgerald and backed by most Portlaoise councillors.

However, Rosenallis Fianna Fáil councillor Seamus McDonald tabled a counter proposal which would see all of the land contine to be available for housing.

Laois County Council’s Chief Executive report said development here of the scale proposed would be at variance with the principle of the sequential approach to the location of new development.

“There is a strong presumption against the leapfrogging effect which leads to ad-hoc and disjointed development at relatively long distances [such as in this case] from the town centre,” said the report.

The manager said full zoning of the land for houses would mean more suitable sites would lose out.

“Based on the overall housing land requirement for County Laois of 125 hectares up to target year 2027, as set out in Chapter 2 “Core Strategy”, there is no need for additional residentially zoned lands in the town. If this land were to be zoned, it would be at the expense of [and not additional to] other more suitably located lands as identified by application of the sequential approach,” he said.

Councillors voted 11 to six against the manager's proposal to reduce land available for housing.

Six Portlaoise councillors voted with the county manager to cut the number of houses.

The most recent planning applications have drawn a substantial number of objections from local residents.