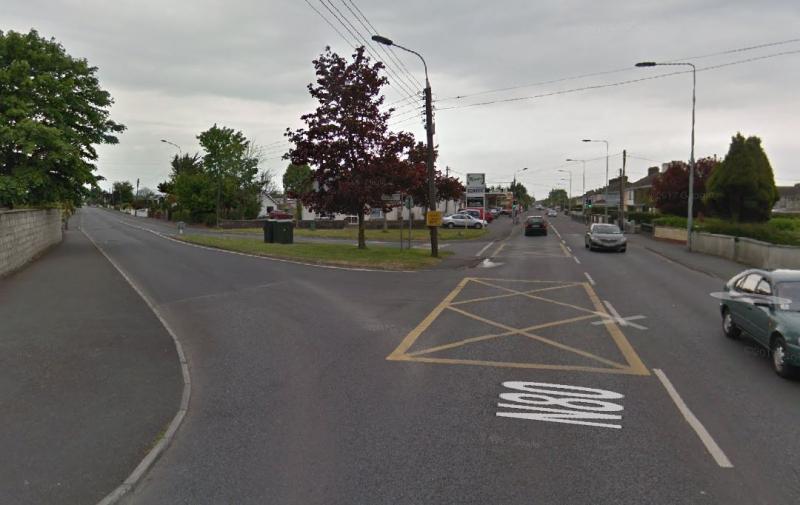 The junction where the Ballyfin Road meets the N80 Mountmellick Road

A resident of Ballyfin Road in Portlaoise believes someone will die if speed reduction measures aren’t introduced.

Vaidotas Misevicius keeps his gate closed for fear his children might wander onto the road. He says there’s an urgent need for speed ramps and a pedestrian crossing on the road due to the “massive” speed of some traffic.

According to Mr Misevicius, a sign on the road that registers your speed is now being used to see how fast people can go. “The young guys, when they see that speed they are trying to reach more and more,” he said.

He believes someone will die if action isn’t taken to control speed along the road. “I live on this road for four years and every time I have to keep my gates closed because my kids' lives could be lost due to speeding idiots," he remarked.

Mr Misevicius said more and more people with young families are moving into the area. He has two children aged five and eight. “We are afraid to let the kids run around the area because of the speeding cars,” he said.

Noting it was a 50kmh zone, he said “I used to have these cars as well but you have to understand where you can speed up and where you can’t.”  Mr Misevicius said the problem isn’t solely restricted to cars as he has seen lorries speeding on the road as well.

He said there have been a few crashes on the road. “If nothing will be done somebody will be killed,” he remarked.

Cllr Caroline Dwane Stanley said “I have had older residents in to me in the past in relation to the speed.” She believes a safety audit should be conducted as an engineer would know how best to slow traffic.

“I have raised this on several occasions. I have suggested that some sort of measures would be put in place including a cycleway,” she remarked.

“I have raised it on several occasions at municipal and county council meetings in terms of the engineer having a look at possible measures that can be put in place,” Cllr Dwane Stanley remarked.

She said driver behaviour is a big issue, as is signage, because motorists need to be aware of the speed limit at the location.  Cllr Dwane Stanley said she had no issue whatsoever seeking a road safety audit for the Ballyfin Road.