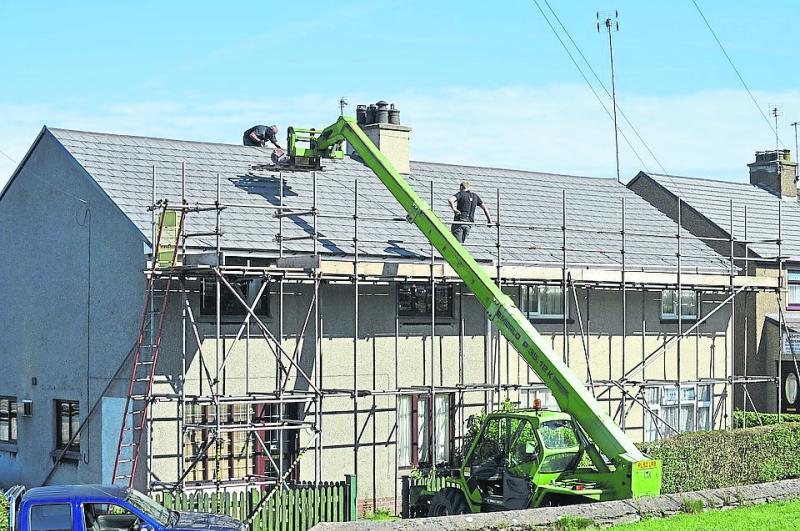 126 buildings were classified as being under construction in Laois

One hunderd and eighty one residential addresses in Laois were added to the GeoDirectory database in the 12 months to June 2018, according to figures from the latest GeoView Residential Buildings Report, published by GeoDirectory.

Nationally, the majority of addresses were added in Dublin, accounting for 39.8 per cent of the overall national total, highlighting an east/west divide in terms of new addresses. On the other end of the scale, Longford and Leitrim were the only two counties to record fewer than 100 new residential addresses, registering only 66 and 87 new addresses respectively.

Leitrim registered the highest residential vacancy rate in the country at 15.9 per cent. Dublin, Kildare, Meath and Wicklow recorded the lowest percentages of vacant units in the country, at rates between 0.9 and 3.5 per cent.

The report shows that there were 1,983,715 residential dwellings in Ireland in June 2018. Out of this total, detached dwellings accounted for the largest share at 34.8 per cent, followed by terraced dwellings (27.6%) and semi-detached dwellings (24.3%). There are 180,741 apartments in the country, representing 9.1 per cent of the overall total.

By combining data from the GeoDirectory database and the CSO, the GeoView Residential Buildings Report estimates the average rate of housing turnover. Laois’ turnover rate was 2.24 per cent, which was lower than the national average housing turnover rate of 2.6 per cent in the twelve months to April 2018.

In total, 720 residential properties were purchased in Laois the twelve months to April 2018, 11% per cent of which were new properties.

18,062 residential property transactions took place in Dublin, the highest in the country, while only 344 transactions were recorded in Monaghan. Meath recorded the highest proportion of new dwelling transactions at 37.8%, followed by Kildare (30.6%) and Wicklow (25.1%).

Only three counties recorded property prices above the national average, namely Dublin (€413,891), Wicklow (€354,113) and Kildare (€281,675). This highlights the demand for housing in the Greater Dublin Region, with the average property price in these three counties higher relative to the rest of the country. The county with the lowest average house price was Longford at €101,587, almost 50 per cent below the national average price excluding Dublin.

Commenting on the findings of the GeoView Residential Buildings Report, Dara Keogh, CEO, GeoDirectory said, “The twelve months to June 2018 saw a significant increase in terms of residential construction activity. The report shows that the vast majority of this activity is taking place in Dublin and surrounding counties. However, despite this increase, house prices in urban and commuter counties continue to rise, showing us that demand is still outweighing supply by a great deal.”

Annette Hughes, Director of EY-DKM Economic Advisory Services said, “Almost one-in-five residential property transactions in the twelve months up to April 2018 involved new dwellings. While this suggests that construction activity is moving in the right direction and new dwellings are coming on stream, increasing property prices continue to signal a significant supply-demand imbalance, implying that much more work is needed to address demand levels.”