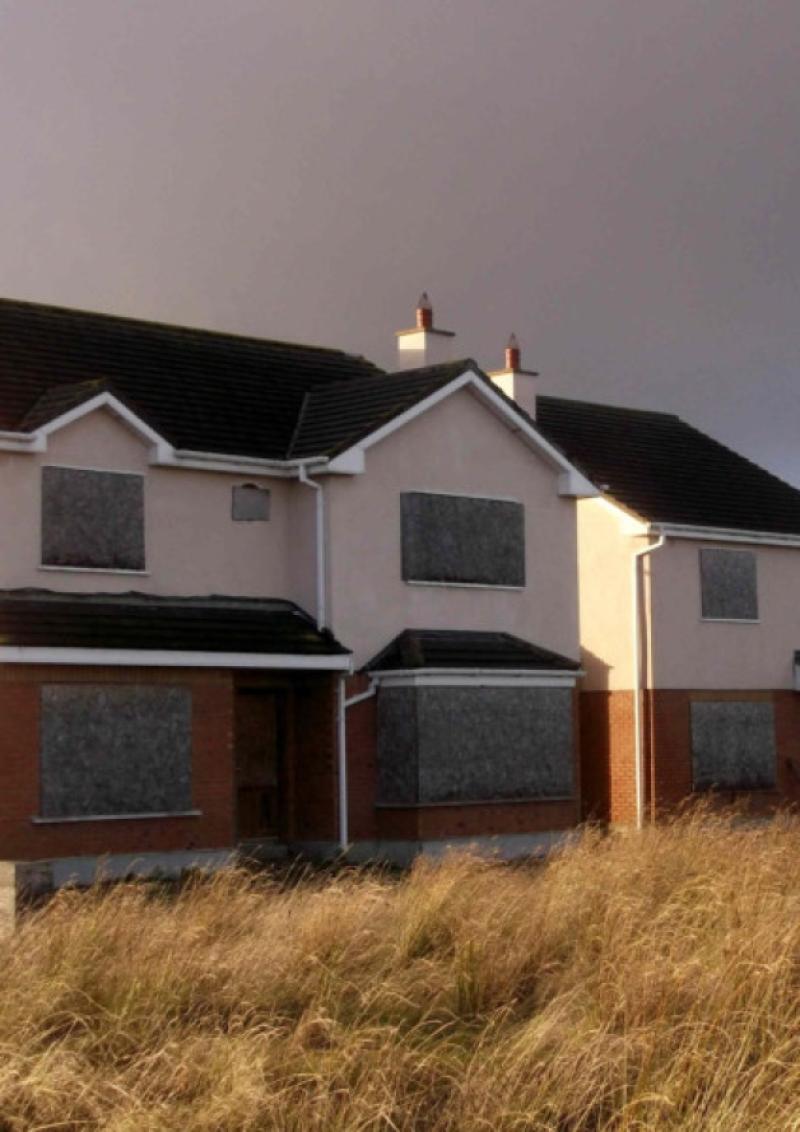 A handul of boarded up houses at Aghnaharna, Portlaoise have since been renovated but nearby shells are to be knocked.

Plans have been drawn up to remove the shells of Celtic Tiger houses and apartments in Portlaoise replacing them with almost 100 houses.

Aston Homes Ltd intend to apply to Laois County Council for permission to build 14 new homes on a 1.2 acre site at Agnaharna located between the Stradbally and Timahoe Roads.

To facilitate the new houses the builder needs to remove six partially built houses and complete an access.

The site is bounded by land where another developer has applied for permission to build 79 three and four bed houses. Bircrest limited is awaiting a decision from Laois County Council for the development which includes the removal of existing foundation pads for a previously permitted apartment block.

The development will be built on a land originally owned by Sidney Lewis and is located close to several of the town's primary schools. The land was designated for one of Portlaoise's most ambitious construction projects during the property boom.