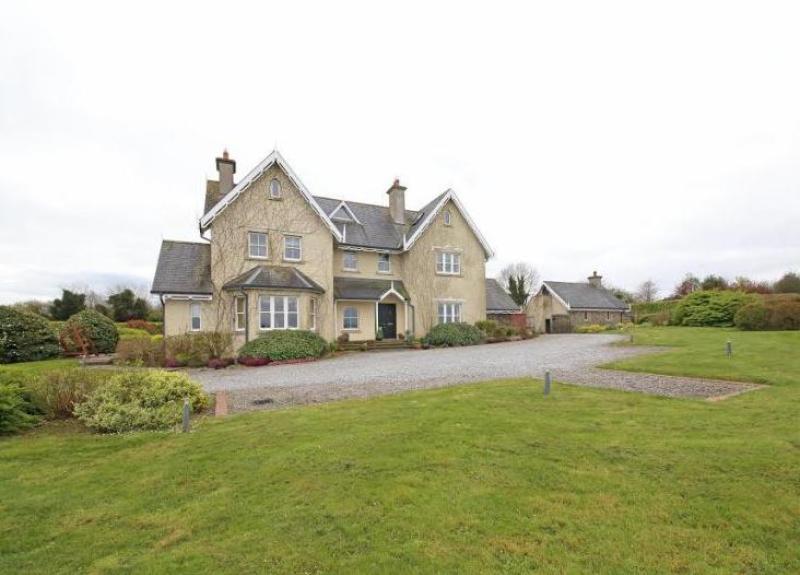 The biggest property sales in Laois throughout 2018 have been revealed.

The sale of 'Cluain Ard' at Pilgrimhill in Castletown is the largest one-off property transaction recorded in Laois so far this year.

Data from the Property Price Register shows that the stunning home on 12 acres, which is surrounded by a garden oasis, sold for €590,000 in June.

There are only three larger transactions currently recorded in Laois so far this year but each of them are developments, not single properties.

De Vesci Hill in Abbeyleix sold for €2.2 million in March, Glenall in Borris in Ossory selling for €1.25m in October and Lake Drive in Kilminchy, Portlaoise sold for €895,000 in July.

Other large one-off sales included Clawinch House in Rath, Ballybrittas for €550,000 in September, 1 Mount Henry Drive at The Heritage in Killenard for €510,000 in July, Spire Hill in Corrig, Portarlington for €500,000 in July and a 4-bed house at Corrig, Stradbally which sold for €460,000 in March.

As of the Property Price Register update of December 5th, just under €116.2 million had been spent on properties so far this year in Laois.

There were 722 sales recorded as of that date, which is on the way to surpassing the 2017 total of 788 transactions.

The Managing Director of MyHome.ie, Angela Keegan said uncertainty over the outcome of Brexit negotiations was impacting the market, especially at the upper end.

“That uncertainty is hitting the upper end more I think while the impact of the tightening of the Central Bank lending rules and an increase in stock means house price inflation generally, is slowing around the country. In Q1 asking prices nationally were up 9.5%. By the end of Q3 the rate of inflation had slowed to 5.9% year on year.”

“Double or high single digit inflation is not sustainable so the current trend is positive for the property market as a whole.”

“I think 2018 will be remembered as the year when the stock of both new builds and second-hand homes turned the corner. Second-hand stock nationally is up 6% while the number of new home schemes continues to rise,” she said.