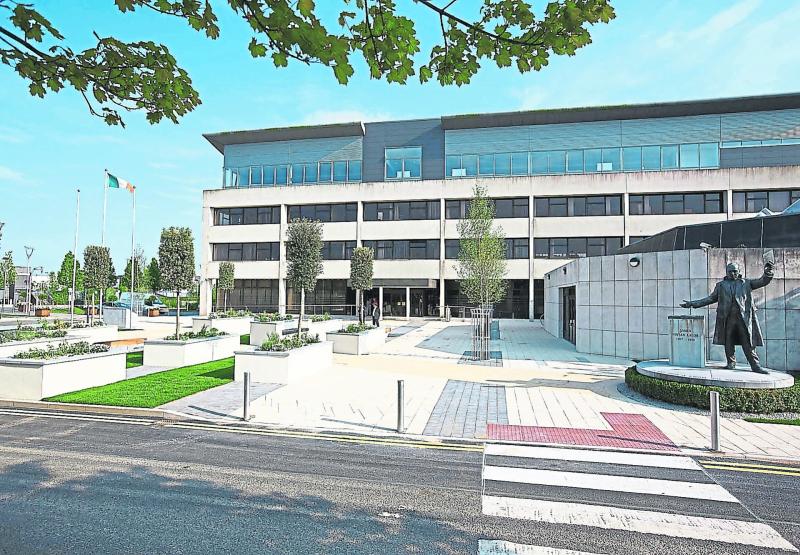 Laois County Council’s planning authority has advised a local property developer to consult with Irish Rail about a boundary line and wall around a site on the Borris Road in Portlaoise in order to proceed with planning permission for new houses.
Graham Developments has applied for planning permission to build 23 houses on a site beside the Scoil Chríost Rí and St Mary’s CBS campus at the Borris Road in Portlaoise.

Principals of both schools have objected to the plans stating that the land will be needed for the schools to expand in future.
Graham Developments owns the land and plans to build 23 houses on it after a plan for 43 houses was refused in September 2017.

In a letter dated January 30, 2019 the planning authority requested detailed further information on the housing plan and Irish Rail has requested clarifications in relation to the boundary line that runs behind the houses.
The train line runs behind the site.

Irish Rail has advised that there is a culvert under the railway behind one of the houses which raised concern about enough space between the house and the railway line if maintenance works are needed.

Irish Rail also raised concerns about the location of the boundary line and requested a 2.4-metre high boundary wall be erected by Graham Development and submit a new site layout plan showing the proposed location of the wall.
In a further information clarification letter, Laois County Council noted submissions by Graham Developments and outlined further details needed in relation to the plan.

“Irish Rail has reviewed this response and advised that ‘the boundary line as marked on the drawing is incorrect’ and have requested that this matter is rectified on both the drawings and on the site,” the planning authority stated in the letter. Graham is required to a proposal to address this.

Council planners advised the property developers to consult with Irish Rail about the boundary line before preparing its response.

Laois County Council has also asked Graham to clarify whether the estate would have a roundabout at the entrance or not and noted inconsistencies throughout the plans in relation to this.
All of the advised updates of information from Graham are due to be submitted to the planning authority before April 11, 2019.
Graham Developments has submitted a number of responses to requests for further information clarifying matters and continues to do so as the planning process remains ongoing.