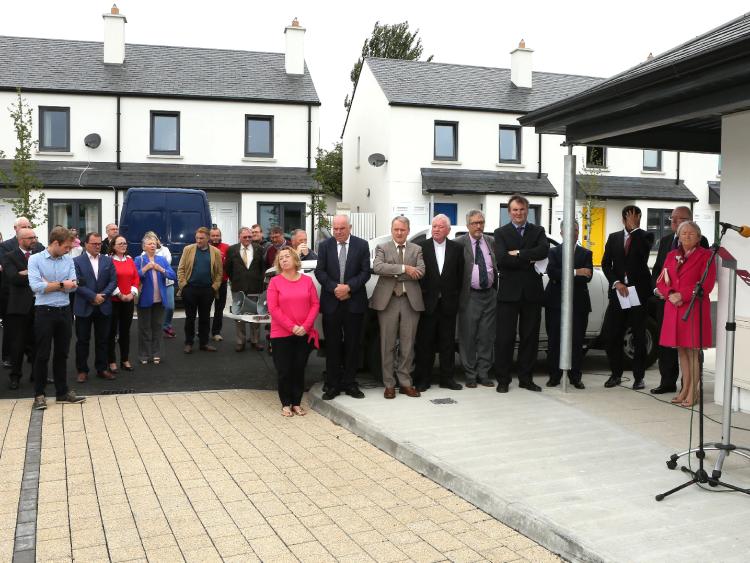 Official opening of Conniberry Way council estate in Portlaoise in 2018, a third of the houses have two bedrooms.

Laois needs more one and two bedroom homes so people can downsize, and Laois County Council is planning to acquire them.

“It is great that we overreached our target of homes in Laois in 2018, but the problem we have is that we have an ageing population, the number of people in Ireland aged over 65 will hit 1.4million by 2040. A recent report found that 100,000 would downsize if the opportunity arose,” he said.

He listed the advantages of downsizing.

Laois delivered 141 council homes in 2018, a mix of building, buying and leasing, ahead of its government set target of 76 units, and the second highest delivery rate by a local authority in Ireland.

The only estate they built and opened in Portlaoise in 2018 was Conniberry Way, where 10 of the 33 homes have two bedrooms.