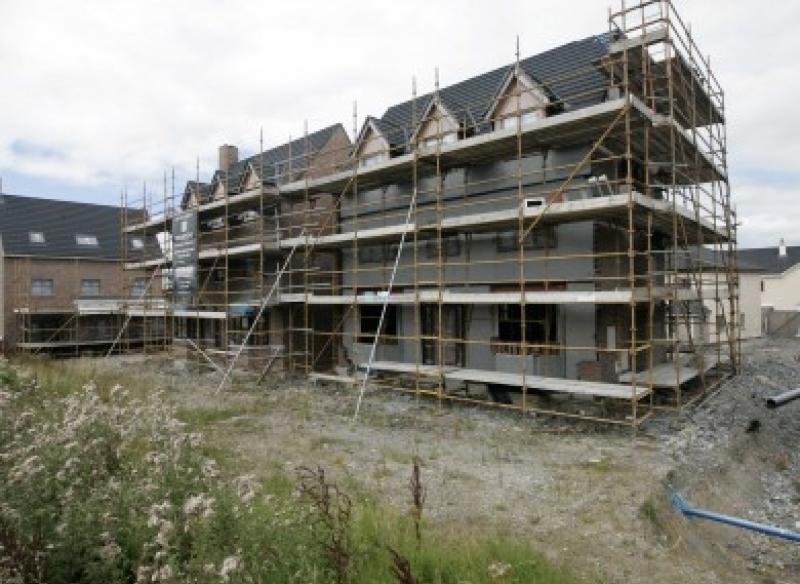 Rents rises in Laois are above the national, Leinster and Dublin average growth rates but below the midlands percentage increases, according to the latest figures from Daft.ie.

In the midlands counties of Laois, Westmeath, Offaly and Longford Daft says rents rose by an average of 10% in the year to March 2019 and are now 30% above their previous peak in early 2008.

In Laois, the property website's latest quarterly rental report reveals that rents were on average 9% higher in the first quarter of 2019 than a year previously.

As to how this fits into the national picture Daft reports that the average monthly rent nationwide during the first quarter of 2019 was €1,366, up 8.3% year-on-year.

There were just 2,700 homes available to rent nationwide on May 1st, the lowest total ever recorded in a series dating back to 2006.

There were just 31 properties for rent in Laois according to the up to date postings on Daft. Of these 14 are in Portlaoise but Portarlington has just two rentals posted. Mountmellick has three homes to rent. Just ten of the homes are apartments.

The highest rent listed in Laois is €2,500 for house and shop in Emo. The lowest is €500 for a one bedroom cottage in Cullohill.
Daft says there are different trends in rental inflation across the country.

In Dublin, it reports that the increase in rents in the year to December 2018 was 6.8%, the 31st consecutive quarter where rents have risen but the slowest increase since early 2013.

Similarly, it says inflation is slowing in Leinster, with rents 7.3% higher than a year ago, half the rate of inflation seen two years ago. But elsewhere in the country, rents continue to rise at double-digit rates, with increases of between 10% and 15% in Cork, Galway, Limerick and Waterford cities, and increases of 12% on average in Munster, Connacht and Ulster. MORE BELOW PICTURE 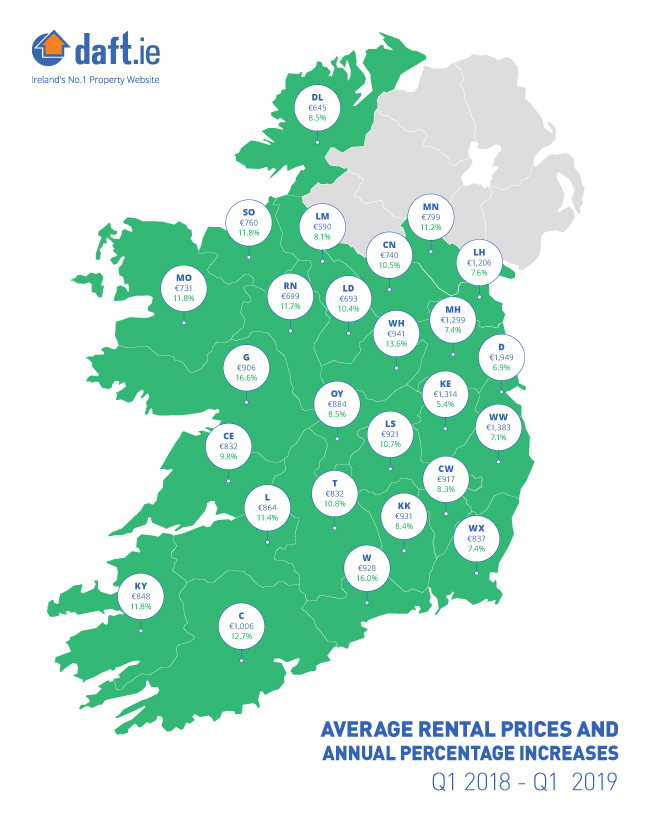 Ronan Lyons, an economist at Trinity College Dublin and author of the Daft Report, commented on the report.

“The rental market remains plagued by weak supply at a time of strong demand. While the total number of rental homes on the market did improve slightly earlier in 2019, the figures for May have undone all that progress.

“Much of the commentary around new supply for the market is unhelpful, particularly talk of so-called ‘cuckoo funds’ – what in other countries is termed, landlords. With the sale market showing signs of greater balance between supply and demand, policymakers must maintain their focus on boosting rental supply. A key part of that is developers building, and institutional landlords buying, new apartment blocks,” he said.