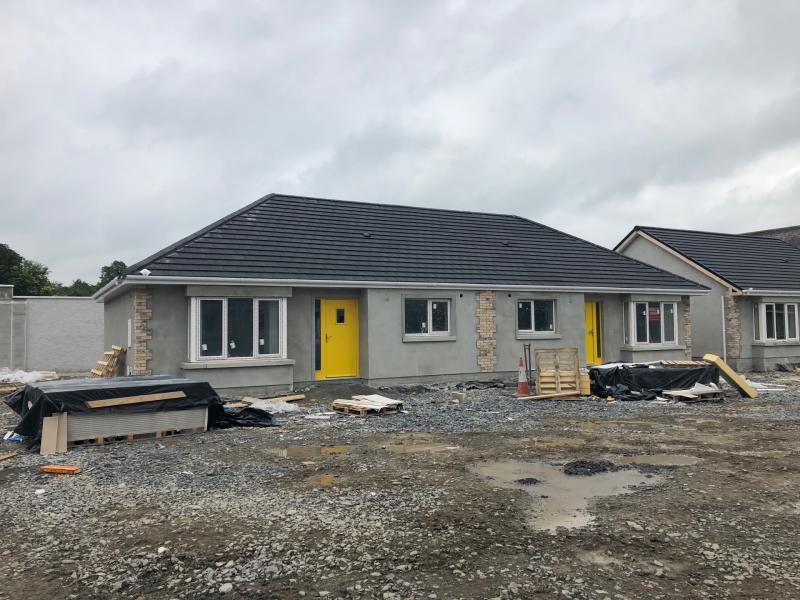 Construction is promised to kick off by the end of this summer 2019 on the first 101 of almost 600 new homes for Laois people on the council's waiting list.

There are now 578 homes for council tenants and homeless in various stages of planning and construction in Laois.
Most of the homes, 340 in all, are planned for Portlaoise, where the majority of people on the council’s waiting list express a preference. However most of those Portlaoise homes could be years from completion.

By the end of this summer construction will have kicked off on eight sites to provide 101 homes.

Laois County Council CEO John Mulholland gave the latest housing update at the June meeting.
“By the end of this summer, construction activity will be on eight sites, 101 new homes for people on the social housing list, that’s new construction,” Mr Mulholland said.

Construction will start “in a matter of weeks” in Portarlington he said, where 22 houses will be built in Ballymorris housing estate, at a cost of €6.6 million.

It will start too on six houses in Shannon Street Mountrath, and two houses in Hillview Portlaoise.

Approved Housing Bodies are playing a big role in filling the social housing gap in Laois, building houses to lease longterm to the council for its tenants. Schemes are funded by the government’s CALF loan scheme.

In the longer term Portlaoise is planned to get some 214 homes under the Urban Regeneration Programme.
These include 80 apartments to be built on the former CBS school land beside Portlaoise train station. They will be built by an as yet unnamed Approved Housing Body. Laois County Council is going to build a train station carpark also on the site. Discussions on design are underway.

The council will build 43 homes on the site of a former derelict private housing estate, Hepburn Court and on an adjoining field in Knockmay. Demolition is now underway.

It will build 34 in O’Moore Place and an adjoining strip of land that it has bought from a landowner. Demolition of six derelict homes is due to start.

The old convent in Portlaoise, facing the revitalised Fitzmaurice Place garden, will be converted into 47 apartments by Sophia Housing Association / Co-Operative Housing Ireland, on a €10.7 million budget. A design is being drawn up.

Finally the council bought the old county hotel on Portlaoise main street and Cluid will convert it into ten apartments. Discussions are ongoing for some months on design.