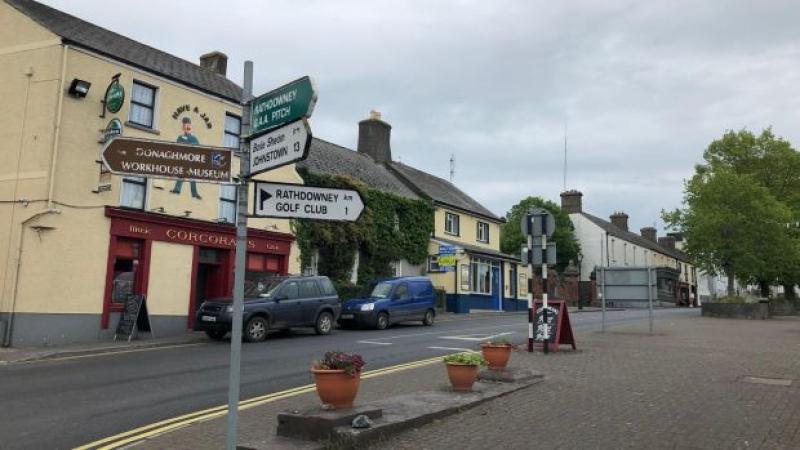 Rathdowney in Laois is to get new council houses for the first time in 20 years, for the second time.

A Laois town is to get new council houses after a 20 year wait, for the second time.

Construction is set to start this month on six new council homes in Rathdowney.
Builders will start work on a site on Moore Street where a filling station was knocked.
The homes will be two and three bedroom townhouses. 25-30 Moore Street are expected to be ready to hand over to council tenants by the end of next year.
“Contractor indicates start on site in early August. Expected delivery date Q4 2021,” the housing department reported to the July council meeting.
“We expect the contractor on site by the end of August after the builders holidays,” Director of Services Joe Delaney said.
Rathdowney Fine Gael Cllr John King told the Leinster Express that the site was lying idle for a long time.
“This is very welcome and badly needed for housing. This will enhance the street as well,” he said.
“They are grand little houses, I’ve seen the plans, they will suit small families or couples,” he said.
Laois County Council bought the site in 2015 from a local builder when it was hoped that they would be ready by the end of 2017.

It is the second 20 year gap to get new council houses in Rathdowney.
“Erkina Court was opened in 2001, and before that Quigley Park was opened in 1982,” Cllr King said.
There won't be quite as long to wait for the next batch. Seven more houses in Rathdowney are planned in Mooreville to be built by mid 2022. Both schemes are part of the Rebuilding Ireland construction programme. It is funding 55 more homes in Laois to be built by 2021, and another 82 by 2022.