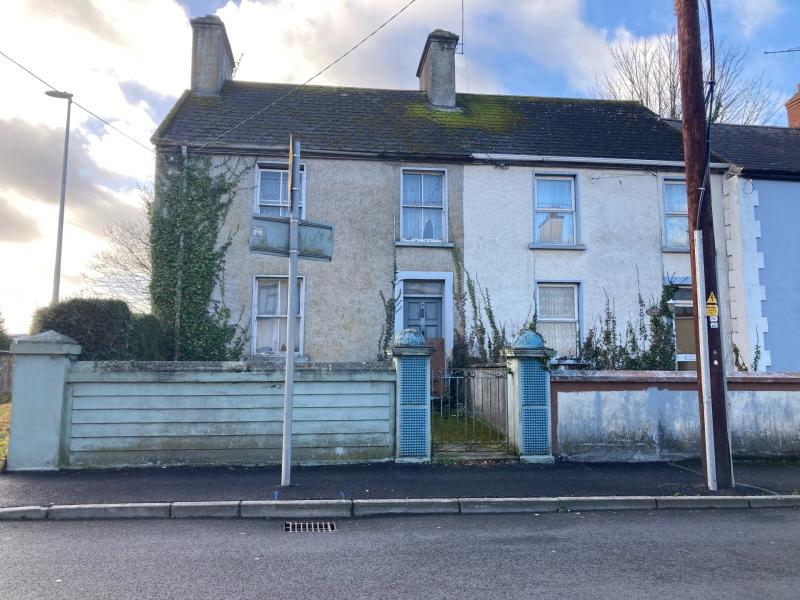 Two terraced vacant houses with large back gardens in Portlaoise town centre should be bought by Laois County Council for housing for older people, a councillor has suggested.

Numbers 2 and 3 Well road are a pair of attached two storey homes beside the junction to the Kylekiproe shopping area.

The houses are “an eyesore,” Cllr Thomasina Connell told the Leinster Express.

“It’s up to the council to ascertain whether to do them up or to use the site for as many small units as we can accommodate,” she said.

Cllr Connell tabled a motion to the November meeting of Portlaoise Municipal District, asking that owners be approached, with a view to buying the houses to create housing for older people.

The reply from Nichola Lawler, acting senior officer in the Housing section was that the Vacant Homes Officer will investigate the status of the two sites.

“I hope they will. There are a lot of maisonettes for older people on this road. We are obliged to provide housing and we are in somewhat of a housing crisis. If older people are in three bedroom two storey houses, if we can free these up it would be very much welcomed.

“There are housing schemes to be delivered in Portlaoise for older people at the county hotel and the convent and while this is much welcomed they may be some time away. I am keen to see if these sites could be acquired. It seems the site is considerable,” Cllr Connell said.

Her motion was seconded by Cllr Catherine Fitzgerald who said that part of one front garden could be used to make the road junction safer.
“It’s actually very dangerous, it is a very acute angle to turn left onto the road,” she said.

Number 3 Well road, built in the 1920s with many original features, is listed on the National Inventory of Architectural Heritage.

“This house retains much of its original external fabric and with its adjacent properties forms an attractive ensemble on Well Road. It is an integral part of the streetscape and enhances the architectural landscape of Portlaoise,” the inventory says.