Daft.ie reports on rents in Laois nearly a year out since Covid-19 pandemic struck 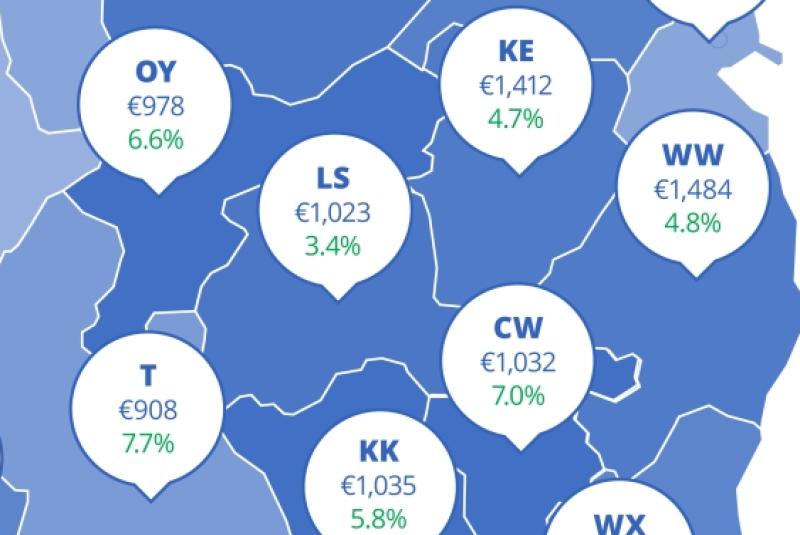 Daft.ie report on rents in Laois

Rents in Laois were higher at the end of Covid-19 hit 2020 than the were at the end of the previous year, acccording to the latest Daft.ie Rental Report for the last thee months of 2020.

Daft report that rents in Leinster's midland counties rose 4.6% year-on-year, reflecting a sharp fall in availability - just 55 homes were available to rent on February 1, down two-thirds compared to a year ago.

The quarter on quarter shows rents were 0.6% down in the last quarter compared with July to September of 2020. However, they are up on a year ago and appear to have recovered fully from the trough of the market during the property crash.

The average rent nationwide in the final three months of 2020 was 0.9% higher than a year previously, according to the latest Rental Report by Daft.ie. The average monthly rent stood at €1,414 in the final quarter of 2020, up from a low of €742 per month seen in late 2011.

Daft.ie says this report is the first evidence of the idea that Dublin's rental market will be the most affected county by Covid-19.

Daft says the national average hides significant regional variation, though. In Dublin, rents fell 3.3% during the year 2020, with rent declines concentrated in the second and fourth quarters of the year.

In the rest of the country, however, rents rose by 5.4% on average during 2020, with only a modest fall in the second quarter lockdown and an increase during the final three months of the year.

In Limerick city, rents were almost 4% higher year-on-year, while in Cork and Galway cities the increase was just under 5%. In Waterford city, rents rose by 5.6% - the same rate of increase as in the rest of the country.

The different trends in rents reflect changes in the availability of rental homes. In Dublin, there were 2,600 homes available to rent on February 1st, up from fewer than 1,600 on the same date in 2020. In the rest of the country, however, the number of homes available to rent has fallen sharply – from almost 2,000 on 1st February 2020 to just 1,139 a year later.

Rents in the capital – and in Ireland’s other main cities – remain at twice their level a decade ago.

Ronan Lyons, an economist at Trinity College Dublin, is author of the Daft Report.

“Often people query whether the basics of supply and demand apply to the housing market. These latest figures should remove any lingering doubts about the importance of supply in lower rents. Outside Dublin, Covid-19 has led to a further worsening of supply conditions in the rental market, with the number of homes coming on each month down 17% on already low levels. While demand for rental homes outside the capital has fallen – with the rise in unemployment – it has not fallen as much as supply, pushing rents further upwards.

"In Dublin, Covid-19 has had the opposite effect, with the number of homes being advertised to rent up 64% on February 1st, compared to a year previously. With the increase in homes being advertised, active demand for homes to rent has also soared, up 40% compared to pre-pandemic. But the greater liquidity of the market has helped bring rents down slightly. Nonetheless, rents in the capital – and in Ireland’s other main cities – remain at twice their level a decade ago. The underscores the importance of ensuring the construction of tens of thousands of new rental homes over coming years, to help bring rents back down to affordable levels,” he said. 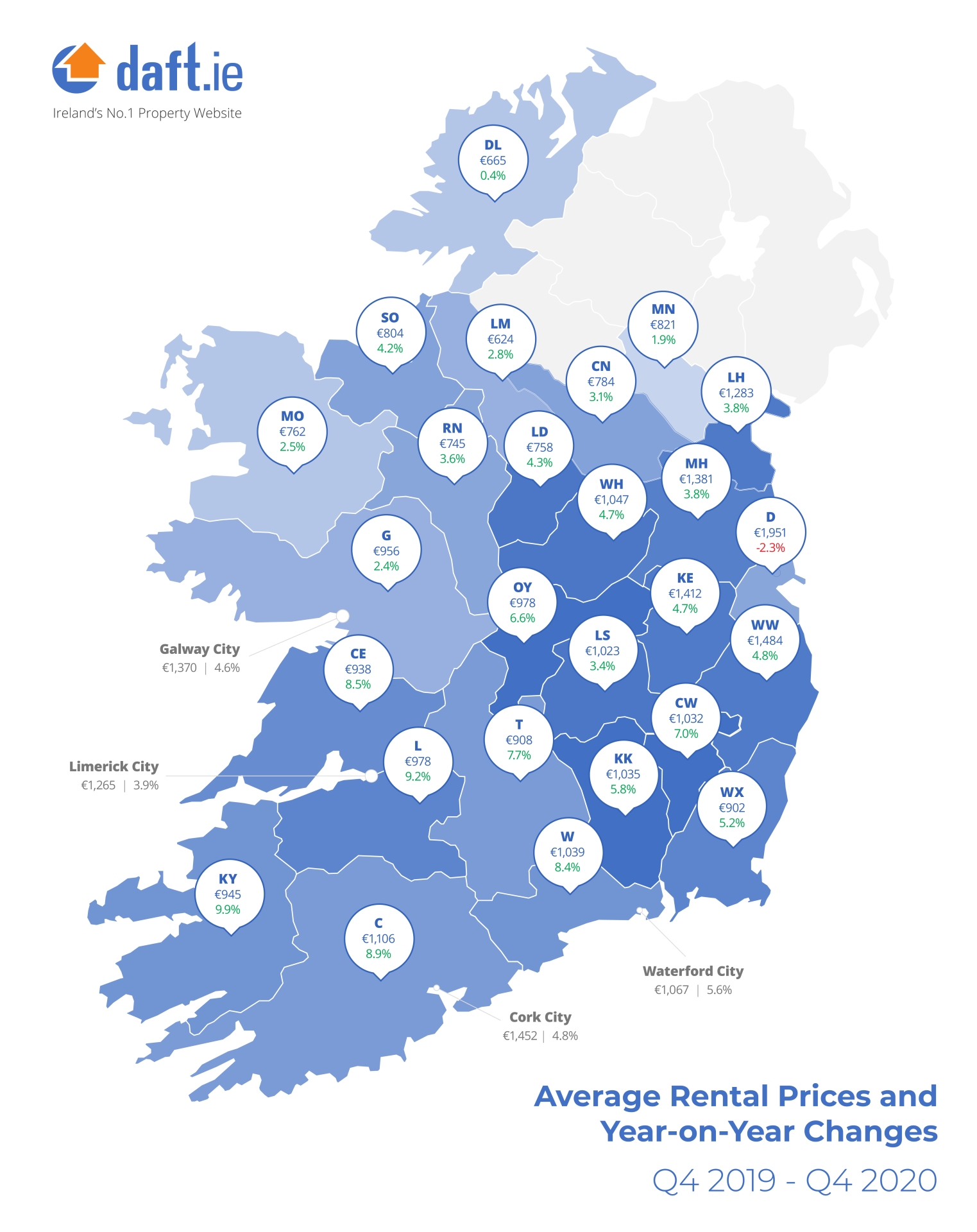