'Eyesore' Celtic Tiger housing estate in Laois to be resuscitated 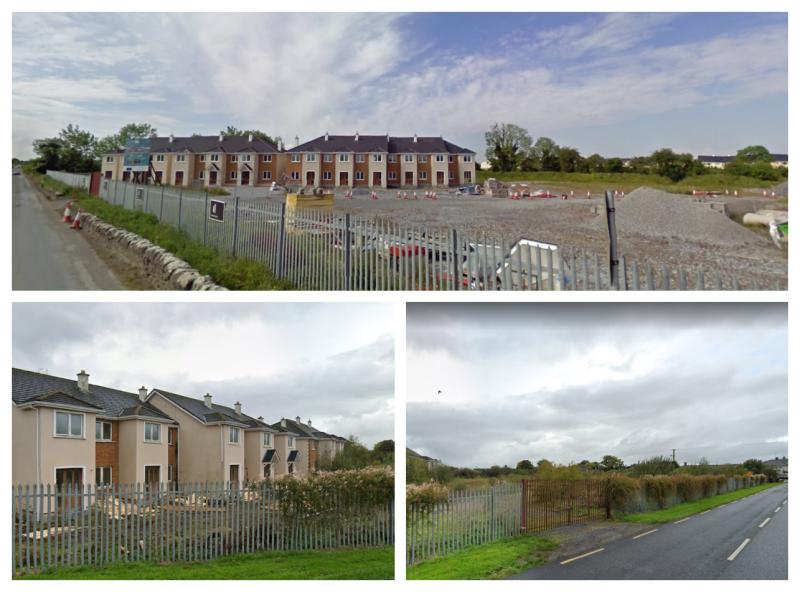 The site at various stages since construction began in 2007

A Celtic Tiger 'ghost estate' that was partially destroyed by fire is set to be sparked back into life following a decision by Laois County Council which is set to buy half of the new homes for people on its social housing waiting list.

The Local Authority's Chief Executive has signed on the development which will see 26 new houses built at a site at Townparks off the Rathdowney Road in Borris-in-Ossory.

Mr John Mulholland signed off on the application on January 3 Longford based developers M&M Prime Holdings Ltd. The developers applied in November 2021 for permission to develop a site which was previously partially developed.

They sought permission to build a mixture of semi-detached homes on the site which which located across the road from Slieve Bloom Terrace.

The builders have told the council that site clearance will include demolition and removal of derelict non-habitable incomplete and fire-damaged shell of duplex block. Work started on that project in 2007.

Planning documents lodged with the council state that 23 houses were previously given the goahead in 2001 to a previous developer. This plan was revised and construction began in 2007 on 12 houses and the duplex apartments.

"However, the banking crisis and subsequent recession meant that the development ground to a halt over 10 years ago, leaving the scheme as a ghost estate for much of the past decade," the developers told planners.

The documents also state that 12 houses were eventually completed by the original owner and road layout constructed. However, the apartments were destroyed by arson according to M &M Prime who add that they will now have to be demolished.

The Council was told that the new developers envisage the completion of the development on the site which they describe as 'an eyesore' for too long.

The application also stated that it is intended that some of the new homes will be sold directly to Laois County Council for social housing on a turkey basis. The application says that "agreement as already been reached in principle with the council's housing section" for 12 two bedroom and six one bedroom homes to be sold to the local authority.