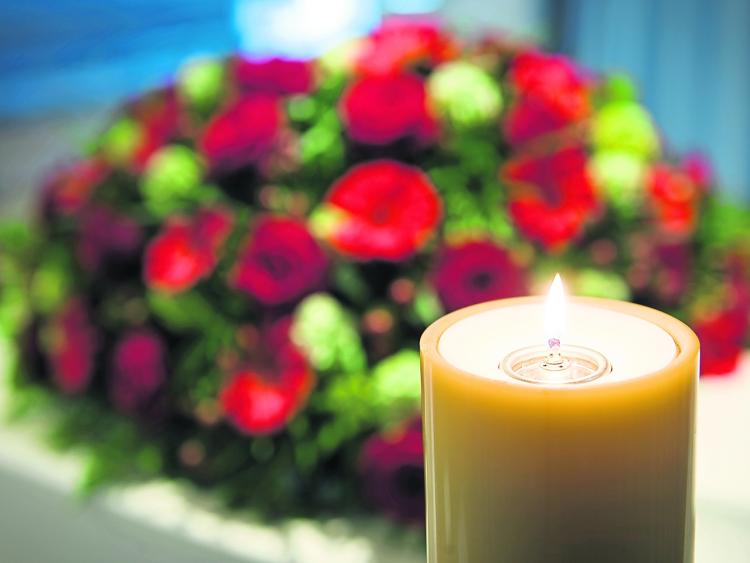 Reposing in his home. Recital of the Rosary on Thursday at 9pm. Funeral arriving St. Joseph's Church, Mountmellick on Friday for 12 noon Requiem Mass. Burial after in St. Joseph's Cemetery. House private on Friday morning.

Reposing in Moloney's Funeral Home on Thursday from 8pm. Recital of The Rosary at 9pm. Reposing on Friday from 4pm Removal at 5.50pm to St. Joseph's Church, arriving at 6pm. Requiem Mass on