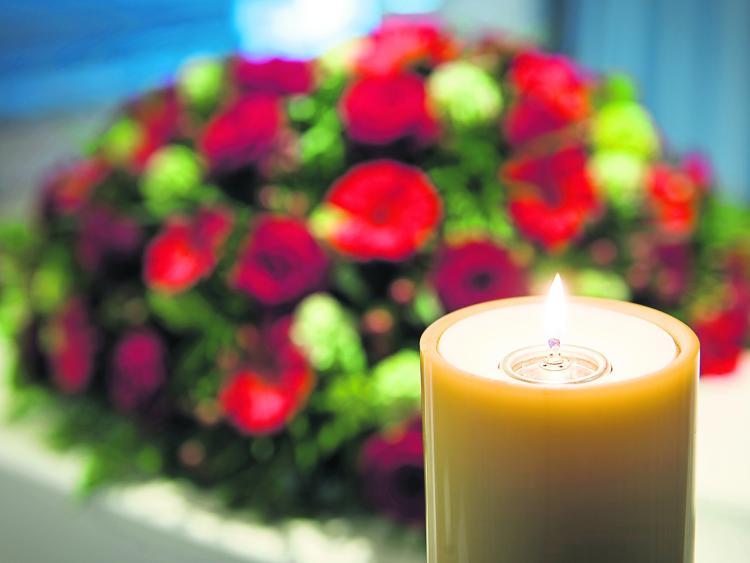 Reposing at her residence from 6pm on Friday evening with rosary recital at 8pm. Requiem Mass at 10am on Saturday morning in SS Peter and Paul’s Church, Portlaoise, followed by interment in SS Peter an Paul’s Cemetery, Portlaoise.

Reposing at his home on Thursday, from 6.30pm with rosary recital at 9pm. Removal tomorow, Friday at 6.45pm to arrive at St Paul's Church, Emo for 7.30pm. Requiem Mass on Saturday at 11am. Interment afterwards in the new cemetery, Emo.

Reposing at his residence from 4pm on Thursday with rosary at 9pm. Removal on Friday at 1.15pm to The Church of The Most Holy Rosary, Abbeyleix, for Requiem Mass at 2pm. Burial afterwards in St. Patrick's Cemetery.

The death took place on Tuesday, June 27 of Bernadette Whelan of Strand, Monagea, Limerick and  Ballylinan.

Reposing at Riedy's Funeral Home, Newcastle West this Wednesday from 6pm to 7.30pm. Arriving at Monagea Church at 8pm. Funeral Mass on Thursday at 12 noon and burial afterwards in Monagea Cemetery.

In the care of the Management and Staff at Brookhaven Nursing Home, Ballyragget. Sadly missed by his relations and friends.

Reposing at the Nursing Home from Wednesday with Rosary at 8pm on Thursday evening. Removal at 10.30am on Friday morning to St. Brigid's Church, Ballinakill for Funeral Mass at 11am. Burial afterwards in St. Brigid's Cemetery, Ballinakill.