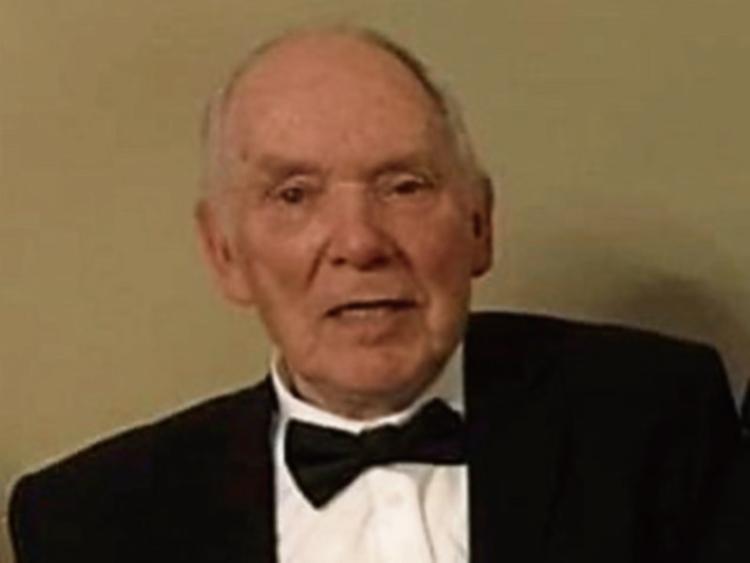 The death took place of Peter Monnelly, Barnhill, Durrow, suddenly at his residence, on Sunday February 16, 2020. His death came as a great shock to everyone in the community, including his family.

Peter was born on Christmas day in 1929 in the village of Kincon; about ten miles from Ballina, Co. Mayo and despite spending most of his working life outside of Mayo he always had a deep love for his native county, and he always regarded it as his “Home”.

Peter joined An Gardaí Siochána in 1954 and was stationed in Newbridge, Ballybrittas and Mountmellick and was appointed Sergeant in Ballacolla in 1968. He got involved with the community and made many friends during his time there as Sergeant. Peter had great memories of his involvement with the Local GAA club.

In 1971 Peter was appointed Sergeant in Durrow and was immediately accepted as one of their own. He immersed himself in the local community and got involved with the GAA, community council, and carnival committee. He was a founder member of Durrow Credit Union in 1982 and remained a committed member until his death.

In his 32 years of service in An Garda Síochána everyone felt safe when Peter and his team were looking after their station. Through his involvement with the community Peter was a friend to everyone not just the local Sergeant. On December 25, 1986 on his 57th birthday Peter retired from the force having given over 32 years of excellent service to the state.

Peter was predeceased by his loving wife Margaret/Peig who passed away in 2014. He is survived by his five children Philip, Helen, Sheelagh, Paul and Thomas; sons in law and daughters-in- law, Lynda, Mark, Sean, Anne-Marie, and Caitriona; grandchildren Jason and Darren, Barry and Shane, Paddy, Enda, Conor, Aoibhin and Peter, Fiachra and Tia. Brothers Frank and Mick, nieces, nephews, relatives, friends, neighbours.

The large attendance at both his wake at his residence, and requiem mass at The Church of the Most Holy Trinity, Durrow, were a testament to the high regard in which Peter was held.