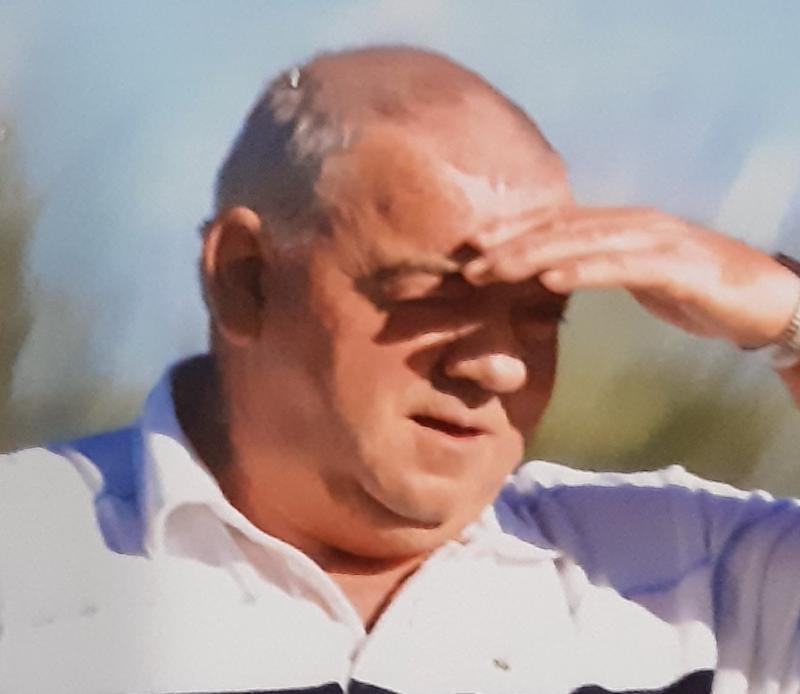 The man who died in an accident in Portlaoise is set to be laid to rest this weekend near his home on the Laois Kilkenny border.

Canice 'Ken' Doheny, who died after the car he was driving appeared to go out of control on Coote Street Portlaoise on, April 28.

While it is suspected that the deceased may have suffered a medical emergency while behind the wheel, Gardaí are treating the incident as a fatal road collision until an investigation determines otherwise.

From Ballinalacken, Ballinakill in Co Laois Mr Doheny will be greatly missed by his loving brothers Michael and Séan, sisters Mary and Nora, sisters-in-law Patricia and Jacqueline.

His death notices says he is also mourned by his adoring and adored nieces and nephew Suzi & Shaien, Noeleen & Salvatore, Jennie & Liam, Zoe, John & Ciara, Shonagh and Chris, along with his much-loved grandnieces and grandnephew Amelia, Liadh, Sloane, Lucy and Rian.

He is also missed by his extended family, many relations, great neighbours and friends from both Lisnagry, Limerick & Castlecomer Golf Club.

Mr Doheny's remains will be removed from his residence, via The Academy Cross, to Ballyouskill, on Saturday, May 1 at 10.30am with arrival at the Church of the Assumption, Ballyouskill, for Requiem Mass at 11am, followed by burial in the adjoining cemetery. A maximum of 25 will be allowed in the in church under Covid-19 restrictions.

If people would like to acknowledge the funeral cortège, they may do so but in line with social distancing restrictions.

In accordance with the current recommendations, Ken's funeral will take place privately. For those who would like to attend, but cannot, because of the current situation, can leave an online message of condolence on RIP.ie.

Family flowers only. Donations, if desired, to The Red Cross India Covid Appeal

The Mass will be streamed on: https://youtube.com/c/AllisonRitchieChurchSinger