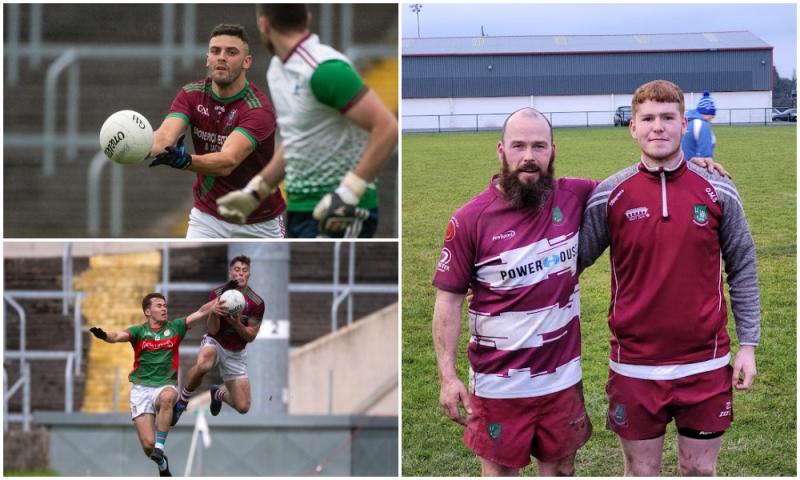 Portarlington RFC are flying high with both their first and second team now clear at the top of their respective divisions as the season enters the business stage.

Prominent Portarlington and Laois GAA players Robbie Pigott and Sean Byrne have recently bolstered both squads and while they haven't been involved with the Laois senior footballers as of yet in 2022, their addition to the Rugby club is already showing dividends as both made their mark last weekend.

See below for Match reports

Portarlington extend lead at top of the table

Port went five points clear at the top of Division 3 ahead of North Meath after an excellent performance on Sunday in Dublin.

Jordan Fitzpatrick was the star of the show scoring 2 tries while Nick Doggett at full back was superb as well scoring one brilliant solo try and kicking all but one of his kicks.

Adam Kelly opened the scoring after five minutes to give Port the lead, and the young winger was excellent all day having to work extremely hard at ruck time.

Ports forwards worked hard and Dylan Stronge got off to a great start but after getting injured was replaced by Robbie Piggott.

Another one of the Port football stars returning to rugby alongside Fitzpatrick and Sean Mooney, Piggott was excellent and showed all the glimpses of his time with the Leinster U18's a few years back.

Port lead 14-5 at half time and Fitzpatrick got his second shortly after followed by Nick Doggett. The Dogos (Largely an Argentinian team based in Dublin) fought back well and scored right at the death to leave the final score 22-34.

Port had excellent team performance and head coach Ross Doyle will be pleased with the progress this young team is making. Promotion will almost be guaranteed with a victory at home to North Meath who lie second this Sunday at 14.30 in Lea.

Portarlington went to the top of Metro Div 10 on Saturday with a fine victory over Athy. The team, a mixture of the old, very old and new, brought 21 players to Athy and four of the lads on the bench had a combined age of 170.

Sean Byrne played his first ever game of rugby and the football supremo scored two tries and was excellent all round. The other centre Ben Dooley was outstanding making more metres than anyone else on the pitch.

Captain Paul Madden lead the team brilliantly and Adrian Murphy, Eugene Nolan and Pat Cooper off the bench had excellent games. Conor Parker also picked up his first ever try and the last of the game.

The most outstanding moment of the game is that James Sherlock and his son Oisin started on the same team – what a brilliant and memorable moment.