An Irish woman who won rugby star Johnny Sexton’s boots in a raffle has said they are too special to allow anyone to wear them.

The Ireland international parted with the boots he wore during his historic 100th cap – last November’s 60-5 win over Japan – to raise funds for Debra Ireland, a charity he has supported for more than a decade.

Nuala Quinlan, 58, from Dunkerrin in Co Offaly, won the Leinster star’s size 9.5 Adidas Predators – and he handed them over in person at Leinster Rugby’s UCD base.

“I have such admiration for Johnny and I feel so lucky to have won these special boots, so I won’t be letting anyone wear them!” said the mother of two, who emigrated to Munich, Germany, in the early 1990s.

“Winning them was the last thing I expected. I just thought it was a wonderful gesture from Johnny, especially as they were so special to him, featuring the initials of his kids and his wife.

“My initial thought was to put them into a glass box but I know for certain I’ll be hanging onto them for a while.

“All my family are big GAA fans, especially of Tipperary hurling. While they watch the big rugby matches, they wouldn’t be huge fans.”

Ms Quinlan, who works in the European Patent Office, brought the treasured boots to an Irish bar for Leinster’s European Champions Cup Final against La Rochelle last Saturday – but even they could not prevent a defeat for Sexton and his team.

The raffle raised €24,000, which will help Debra Ireland support people living with the skin disease epidermolysis bullosa (EB) and their families – as well as funding research to find treatments.

The skin of patients with EB blisters at the slightest touch, meaning painful bandaging must be applied at least every 48 hours.

Sexton, 36, said he hoped the boots would take pride of place in Ms Quinlan’s house.

He said: “To me, they’re very special. Adidas did a great job in making them very personal to me in terms of the initials of my kids and wife and the 100 caps on them. 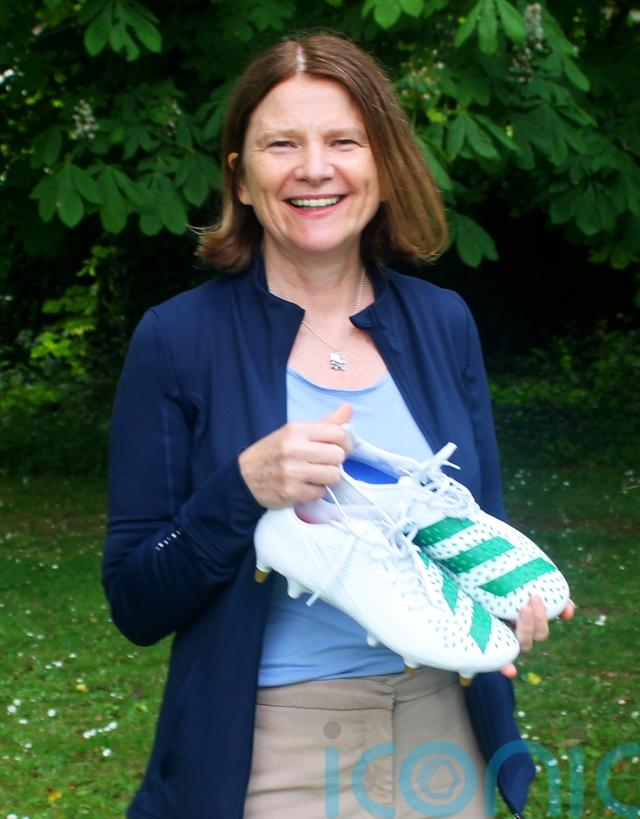 “There was also a little Irish flag on them  – all those little touches, I suppose, make them very special.

“My 100th cap was a big day for me and my family, and I really wanted to give something back for all the success and good fortune that I have had in making it this far playing for Ireland.

“I’m absolutely delighted for Debra Ireland that they managed to make that amount of money from them.

“I have been working with them for some years now and I have been inspired by the bravery of those who live with EB, such as Emma Fogarty and Claudia Scanlon.

“The researchers are on the cusp of major advances which will have life-changing consequences for people with EB in the coming years, so it’s very important that Debra Ireland continues to fund that research.”

The charity hailed the gesture.

“We’re delighted that Johnny decided to use this big moment in his amazing career to raise money for Debra Ireland and very grateful to all who bought tickets,” CEO Jimmy Fearon said.