New principal Gerard Grealish is hopeful for the future. 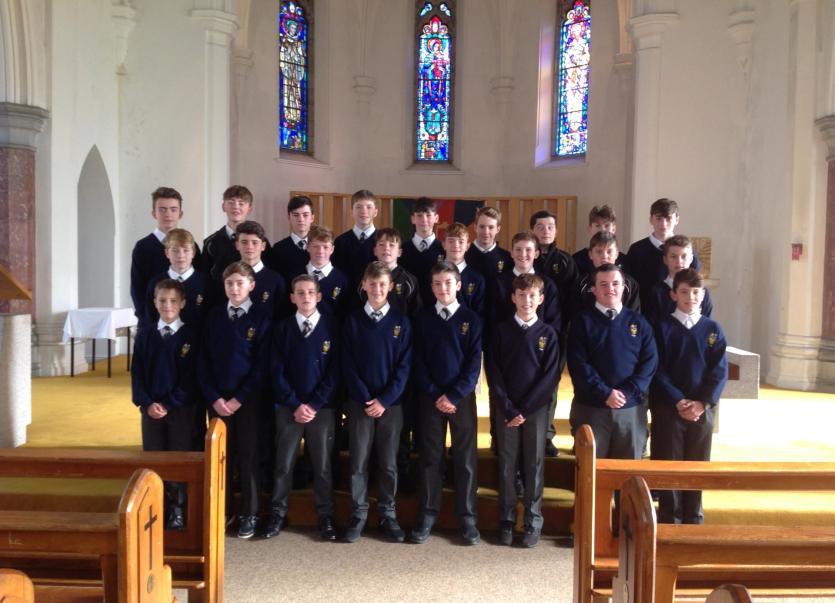 Months on from its dramatic announcement of closure, and rescue by supporters, Cistercian College Roscrea has welcomed a new class of 26 first years.
Other years have gained extra students too, as the private boys school begins taking in day pupils. Overall student numbers are up by seven this year, from 167 to 175.
The school's rescue plan includes the introduction of day boarding and five day boarding, along with the traditional seven day option. Day boarders pay €7,000 a year. Five days is €14,000 and full boarding is €15,000.
The new principal, Gerard Grealish from Portlaoise, was previously Deputy Principal.
“The day borders stay until 8.15pm, so they are included in morning prayer, all the classes, activities like sports, the two meals and supervised study. There is no distinction between the three groups,” he said.
He is hopeful for a solid future for the school.
“The first year numbers are up on last year and we hope to keep them growing,” he said.
The shock announcement last February that the reknowned college would close after 112 years, was “hugely traumatic” he said.
“Our parents and past pupils succeeded in saving it. That hard work and good energy, raising money and researching expressions of interest, reflects the high esteem held for the school. They convinced the trustees, who are the Cistercian monks, that it was a viable option. We went from a low to a high in four weeks,” he told the Leinster Express.
€1.5million was pledged by supporters for improved school facilities but increasing the student numbers is the immediate focus.
“We will plan facilities when numbers grow because we had a deficit of funding. We need to ensure we can keep paying that first,” Mr Grealish said.
He points out that the cost of a day pupil is the same as that in the grind school in Newbridge.
“But that doesn’t include meals, sports etc. We don’t just want academic results,” he said.
The school is the only dual sport residential school in Ireland, producing both rugby and hurling stars. Music is important too, with a college orchestra and a full choir as well as a school musical.
Last Wednesday CCR celebrated Junior Cert results.
“The results are up from last year, and that is with full co-curricular activities. They can still pull out the results, evidence that you can achieve academic success and still have a rounded holistic education,” the principal said.
An Introductory Weekend for prospective students takes place on October 6 and 7, with 6th class students staying the night for a taste of life in a boarding school. Saturday is open to prospective day boarders, as well as students from 4th and 5th class, to visit the school in Mount St Joseph's in Offaly.

Below: Richard Whelan from Portlaoise is welcomed to Cistercian College by Mr Gerard Grealish, Principal. Richard is the first 5 day boarder to arrive in the College as a 1st year student. 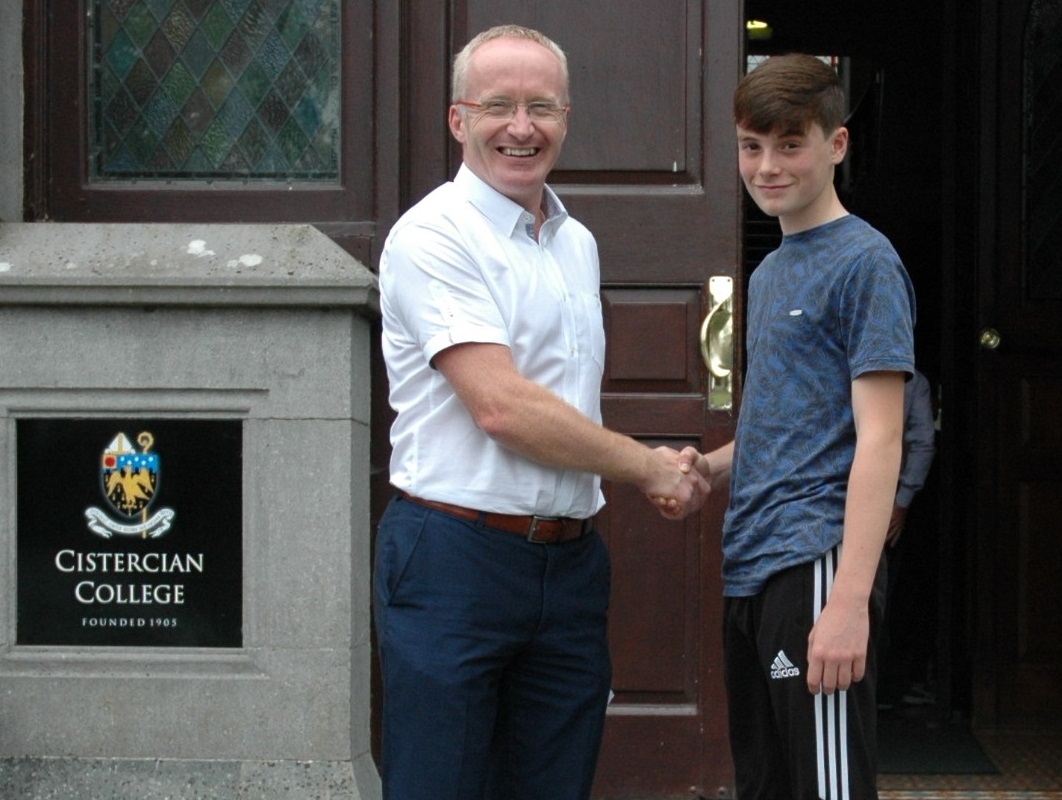