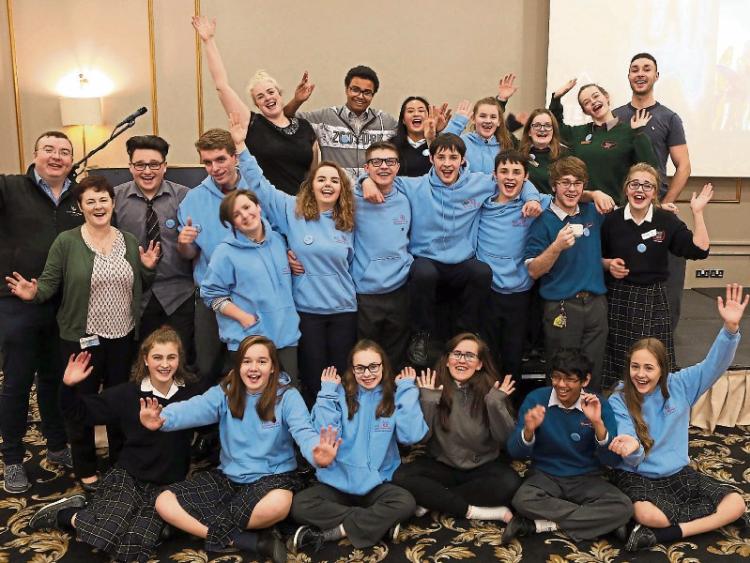 The 25 teens that make up Laois Comhairle na nÓg include Niamh Bakker, 18, a bubbly art student from Stradbally.

Studying at Abbeyleix FEC , Niamh is a graduate of Scoil Chriost Rí, and represents Laois on the National Executive of Comhairle na nOg, Dáil na nOg.

She is one of five national members chosen to address the Oireachtas on November 6 to reveal the results of their nationwide two year student survey.

“The results about students opinions of the new Junior Cert were really surprising, because if you talk to teachers they say it isn't working, but students prefer doing it," she told the Leinster Express.

The survey of 3,242 students also found big differences between what stresses boys and girls

“The boys worry about getting work done on time, the girls worry more about comparing their work,” she said.

Niamh joined Comhairle three years ago and revealed what a brave step it was.

“It has made a big difference to me. Before that I would stutter, you couldn't get a word out of me. You wouldn't think I was the same girl. I have confidence now and it's all because of Comhairle,” she told the Leinster Express.

Last Thursday October 19, over 120 teens around Laois met at their AGM to discuss mental health of students, and homelessness in Laois.

Niamh gave an impassioned speech to them.

"Even if you're sitting there not saying a word except yes or no, your voice matters. I joined Comhairle because I didn't get anything in school, and what an opportunity I got. Now I can speak publically and it's a physical exhileration, I have gained confidence and practical skills for life. I hope you feel a little bit empowered after today," she said on stage.

Almost all Laois schools, as well as Mountmellick YDC, Foroige and Youthreach were represented at the AGM in the Midlands Park Hotel last Thursday, facilitated by Youthwork Ireland Laois and Carlow IT.

The students discussed the design of a new student mental health app 'Life in your Pocket', being developed by the national Comhairle na nÓg for launch next year.

They also discussed how the education system affects mental health of students.

The students heard from a PATH homeless charity volunteer Billy Fitzpatrick, and then discussed how to help.

See a video of Billy's presentation, and the Q&A here.

Among the attending students was Sarah McMahon, 16, from Heywood Community School.

"It was my first time to come to a Comhairle AGM, it was really interesting, to hear all the different people's opinions. I never knew about Comhairle until yesterday. It sounds like a really good way to get your voice heard," she said.

Daniel Comerford is a member of Mountmellick YDC, and is a Comhairle member too.

"It has given me so many opportunities I would never have had access to. I help out younger MYDC members now, I have an opportunity to be a role model for them. Without Comhairle, the voice of young people would go unheard," he said.