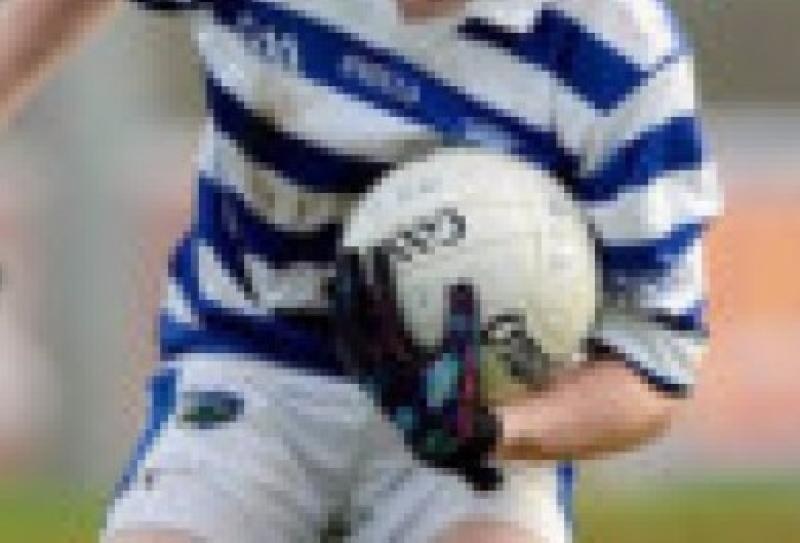 Knockbeg College faced Good Counsel of New Ross in the final group game of the South Leinster League, with the winner qualifying for the semi-finals. This was going to be a difficult task as several starting players were representing their respective clubs in the final stages of various championships at the weekend, and hence were not going to feature.

Played in Graiguecullen, the Wexford school were quick out of the blocks, registering 1-3 to no reply in the first 12 minutes. Good Counsel were awarded a penalty in the 8th minute, with full back Darragh McDonald receiving a very harsh black card for his tackle. Minutes later, centre forward Conor Nolan was also shown black for dragging down his opponent. Knockbeg were offered a lifeline shortly after as Josh Lacey raised a green flag with a well finished goal. We were guilty of poor decision-making and coughed up possession on several occasions. Near the end of the half, substitute Cillian Bergin rattled the back of the net with  a great finish following a superb pass from Cathal Morahan. Knockbeg finished the half strongly with Ronan Curran landed two frees to put Knockbeg ahead at the break, 2-2 to 1-4.

After the interval both sides traded points, with Josh Lacey converting two frees. Ronan Curran scored a goal halfway through, while Adam Dunne split the posts with a long range effort. Josh Lacey added another from play as Knockbeg continued their excellent counter attacking play, however Good Counsel would not give in. They rallied late on, scoring 1-1 to to leave them trailing by the narrowest of margins in the dying minutes. Knockbeg’s defence held strong, with the final whistle indicating that we had qualified for the South Leinster League semi-finals on a scoreline of 3-6  to 2-8.

Knockbeg's u14 side had a strong start to the South Leinster campaign when coming up against Saint Peter's of Wexford. This performance was built on a good defensive foundation.

Knockbeg raced into an early lead with Oisin Doyle, Conall Bergin and Oisin Hooney all registering early points before Lee Byrne hit the net with a long range effort. Knockbeg's defence was well on top at this stage and some good transition play saw Micheál Downey tap over for a point.

Coming towards the end of the first half Knockbeg's dominance slipped and a well drilled Saint Peter's side came roaring back into the game. They scored 1-2 without reply which left five points between the sides at half time. With Knockbeg leading 18 to Saint Peter’s 1-3.

Knockbeg got an ideal start to the second half when Conall Bergin sold a lovely dummy and rounded his defender before finishing to the roof of the net. Knockbeg were now well on top around the midfield area with a strong showing from Adam Deay. Oisin Hooney grabbed a few late goals to put the result beyond any doubt.  Knockbeg now face Good Counsel New Ross in the last of their league fixtures.

Knockbeg junior hurlers have qualified for the Carlow prelimary qualifers final for the South Leinster championship following their semifinal win over Tullow CS. The lads put in a commanding performance and ran out winners on a scoreline of 1-13 to 2-2. They will play In terrible  Presentation/Gaelcolaiste Carlow in the final.d Carlow CBS.  Best for Knockbeg  Ciaran Burke, Daniel Brennan Liam Curley and Daniel Culleton.