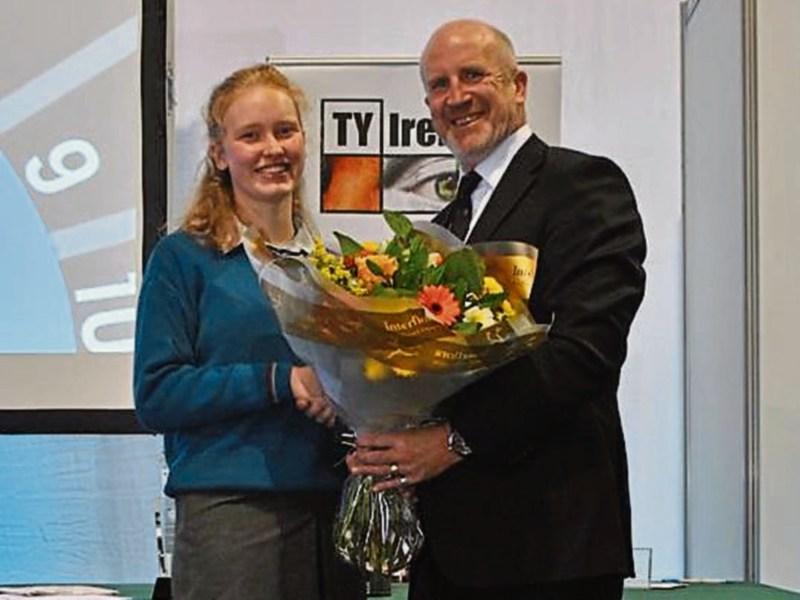 A student who excelled in her Transition Year in Laois was nationally honoured by being chosen as a finalist in a prestigious competition recently.

She was stunned to hear she was selected as one of just eight national finalists.

“I still don’t even know who nominated me. I was shocked, I couldn’t believe it,” she said.

The new The Richard Burke TY Personified Award 2017 is named after the founder of the Transition Year programme, to honour students who best represent its mission, and proactively fulfilled their own potential.

“The fact that a student from our school was considered one of the best out of thousands of Transition Year students is a huge honour,” said principal Philip Bowe.

Ellen had thrown herself enthusiatically and skillfully into the TY curriculum.

She was managing director and sales and marketing manager of her TY Mini-Company, SenseAbility Sensory Blankets, with her team selected to represent Laois at the Young Entrepreneur Awards, and their product now on general sale.

She also participated in Young Social Innovators with ‘Nascadh le Cheile’, developed with her class, and joined the school bank and the debating team.

“Get involved as much as possible, be it in a school musical, a new sport, Junk Kouture, science fairs, Gaisce, YSI or the Student Enterprise Awards. The year really is what you make it because you are given such independence,” she said.

The awards were organised by QQI with Transition Year Ireland. The 2017 final was held at the TYI Expo in Punchestown in September.