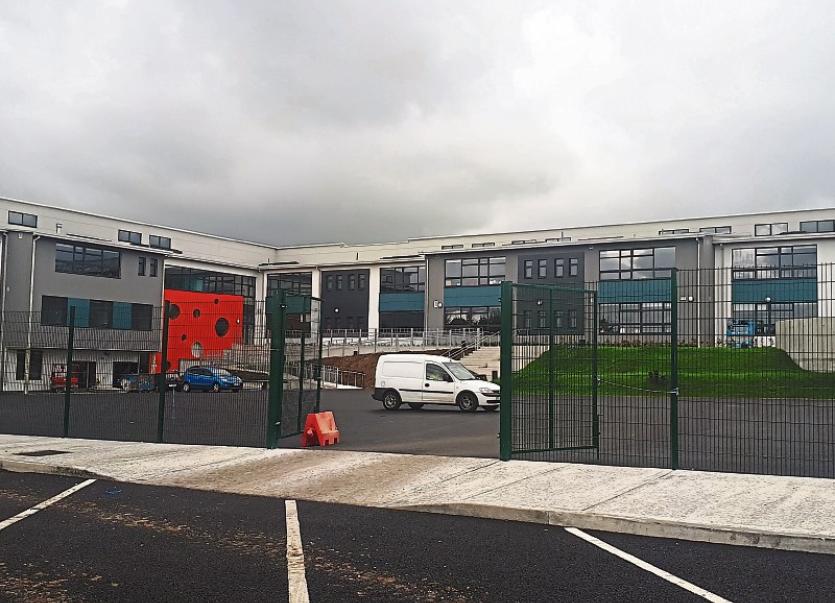 The building crews are almost ready to move out, at the Holy Family schools campus in Aghnaharna, Portlaoise.

Last September 2017 the parish’s landmark new Junior and Senior schools opened their doors, but work continued on part of the 10 acre site in Aghnaharna, to complete the large shared sports hall between them.

“The big hall is just finished, we will be starting to use it next week. After that there is just a builder’s snag list to finish, and some landscaping,” Mr Sutton said.

The schools were formed when Portlaoise parish schools Scoil Mhuire, Sacred Heart and St Paul’s NS all amalgamated in September 2016.

They spent another year in their old buildings because the construction finish date for the new schools was repeatedly postponed.

The two 24 classroom schools have over 1,400 children and 100 staff between them. They are already at capacity, with waiting lists for places as Portlaoise’s population continues to grow.

Planning permission for extensions to both schools is in place, with the extensions promised by Minister for Education Jan O’Sullivan in 2016. The schools were designed by Portlaoise architects McCarthy O'Hora, built by Sammon Construction.