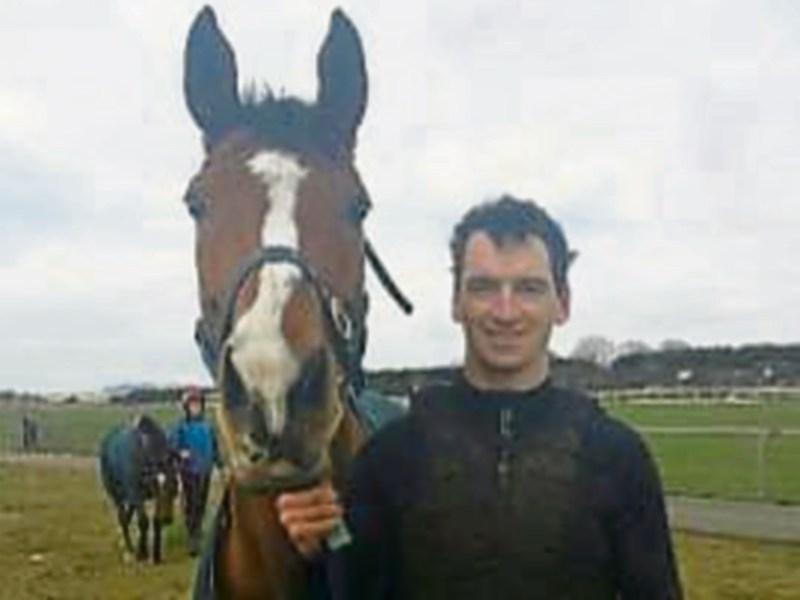 Champion amateur horse racing jockey Patrick Mullins took some time out from his busy schedule to speak with Portlaoise CBS students in the run up to last week's Cheltenham National Hunt racing festival in the UK.

Son of world-renowned national hunt trainer, Willie Mullins, Patrick travelled to Portlaoise after spending the morning of Monday, February 26 at Mullins’ Closutton yard with the press, who were there for pre- Cheltenham interviews.

He came straight to our school after, still clad in his Jockey uniform.

The TY coordinating panel, Louise Gillson and Eadaoin O’Connell, were at pains to say that this was not a Cheltenham preview but rather a talk by an inspirational, young writer who is an award winning essayist and is a regular in the racing section of our national newspapers.

Aged just 28, Paddy has already achieved much in the racing world.

He has been champion of the Amateur Irish National Hunt scene for nine seasons consecutively.

He has beaten Billy Parkinson’s amateur record of 72 wins set nearly a hundred years before, setting the new record as 74 in 2012 and he managed to win a race in Cheltenham when he was only 18 years old on Cousin Vinny.

Due to the Mullins’ long history with racing, it was almost inevitable that Patrick would follow in the footsteps of his father and his grandfather into the business. Not withstanding that, he said two careers he would have happily pursued would have been journalism or teaching. He talked at length about his love of reading and writing before moving on to the day to day life of a jockey.

He outlined the sacrifices made by all jockeys and how you would have to be extremely devoted to the sport in order to commit to the difficult lifestyle and we could tell from how Patrick spoke, he had nothing but love for the game.

We were all fascinated by the comically small saddle that weighed a mere 1 pound that he, at 6 foot 2, had to balance on while racing over fearsome obstacles.

He talked about ”making weight” and how important nutrition is in the life of an athlete and a jockey.

We were all captivated by his essay the previous week, about his experience one time in the grand national at Aintree, where he and Dooney’s Gate fell and unfortunately Dooneys didn’t make it. It was so obvious from the article just how upset he was at the the loss of his friend and the first horse he had won on over fences.

An entertaining Q&A followed where Patrick Mullins answered any of our queries. Only three questions came up about Cheltenham festival, whereas the bulk of the questions were about his lifestyle, diet and day to day life.

Probably the most profound advice that Patrick gave to his audience was that you learn more from failure than you do from success, and that it is his mistakes which spur him on to improve.

The students thanked Patrick and hope to visit the Mullins’ HQ after Cheltenham.