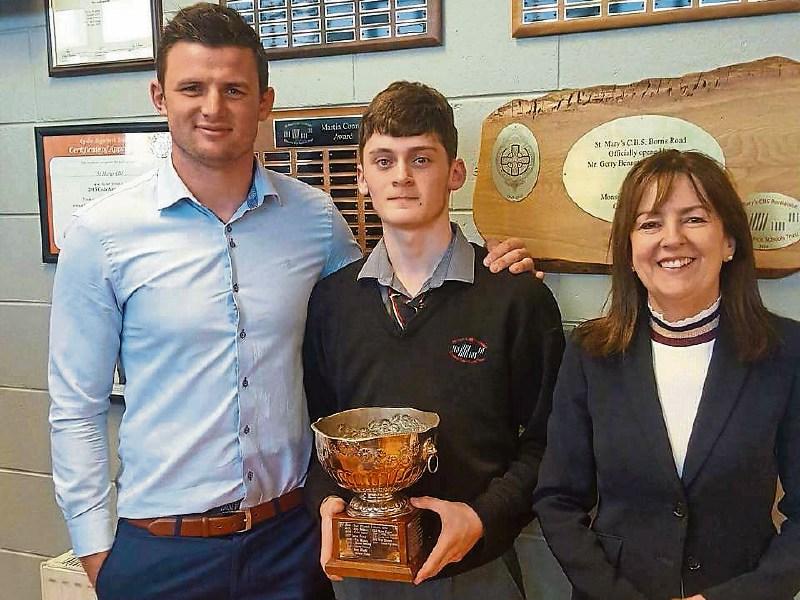 Connacht Rugby player Eoghan who has played for Ireland and Scotland, is a past pupil of CBS.

He recalled his years in Tower Hill and then moving to the new School to do his leaving cert in 2011.

Met Eireann's Head of Forecasting Evelyn Cusack, a native of Clonaslee, was delighted to attend she told the Leinster Express.

“It was a great honour to be asked to attend the Awards night in the CBS Portlaoise and particularly to present some of the Awards. They were a fine group of young gentlemen and I wish them every success in their future lives,” she said.

She reiterated her advice.

“My message to them and to all students is that you are unique and there will never be another person exactly like you. Very few people have a passion in their lives or know exactly what they want to do in their lives. My best advice is to study as hard as possible and try and get a job in an area you like or at least you don't dislike too much.

“Don't beat yourself up if you are not perfect or the most talented or the best looker in the class. You can legitimately blame your parents, you are a product of your genes and environment so its not your fault. Work as hard as you can; be authentic; be nice and kind to yourself and others and try to work in an area you like,” she said.

The top academic award for Student of the Year 2018 was presented to Stradbally Leaving Cert student Conor Donohue, who also won the 6th year engineering award.