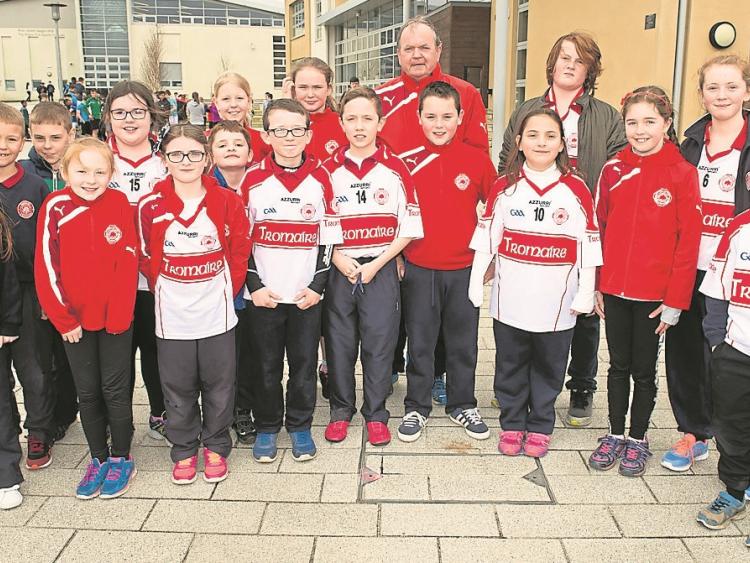 Principal Liam O'Neill with some pupils of Gaelscoil Thromaire from Mountrath, Laois

A small rural school in Laois which has a former GAA President as principal, is to get a brand new school building.

Liam O'Neill is the principal of Gaelscoil Thromaire, a two teacher school that teaches through Irish, with 36 pupils in Trumera, Mountrath.

Today June 12, Laois/Offaly TD and Minister for Justice and Equality Charlie Flanagan announced that a replacement school building has been approved by the Department of Education.

“Having spoken to the Minister for Education, I impressed upon him the importance progressing with this project. For too long students and teachers and students in Trumera have worked out of less than ideal conditions and I am pleased that they can now look forward to a replacement school building," he said.

The school will be built on a greenfield site which was provided free of charge by the parish.

Minister Flanagan said that Liam O'Neill played a central role in the project.

“I wish to pay tribute to the Board of Management and parents who have campaigned for an upgraded school facility for their children for many years. In particular I wish to pay tribute to School Principal Liam O’Neill, not only for his commitment to the building project but for his dedication to the Irish Language and Culture throughout his teaching career.”

“I am conscious that there are a number of projects in the county that need to be progressed. New schools for St Francis Special School and Kolbe School are two in particular," Minister Flanagan said.

Below: the existing buildings at Gaelscoil Thromaire. 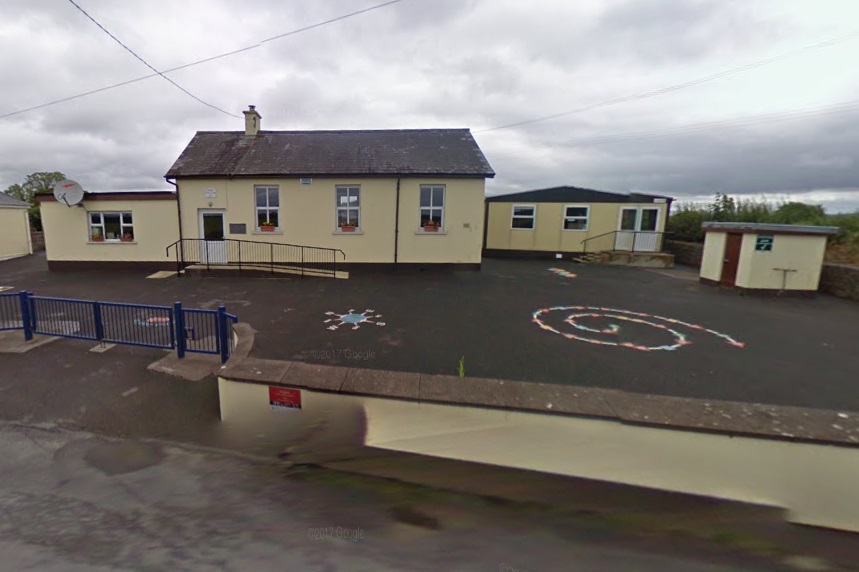