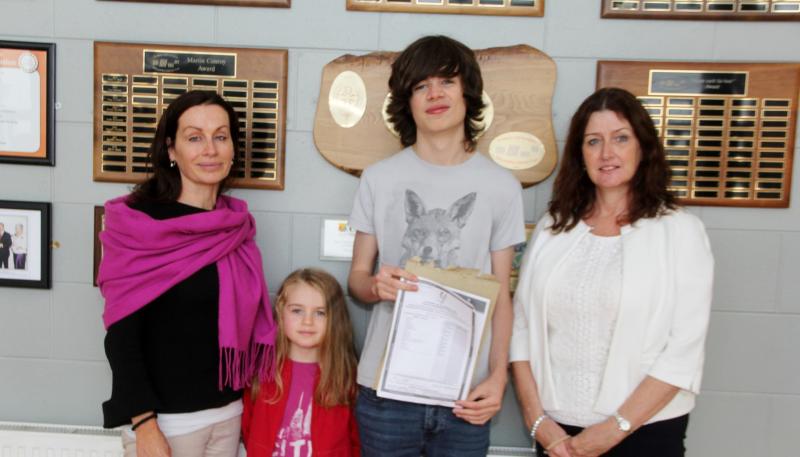 Luan Fletcher Calt was surrounded by cheering friends at the Borris Road campus as he opened his results.

He got 625 points with six H1s, which are scores of 90 percent or more in higher level subjects. He also got two H2s, which are 80 to 90 percent. It was more than he expected.

"I am actually very surprised. I found the exams kind of the same as the mocks, and I wouldn't have done as well in the mocks," he told the Leinster Express.

"I am excited for college now. I chose maths because there's a lot of things you can do with it. I did a course in DCU during the summer and that really sparked my interest," he said.

It had been an anxious wait.

"I was up late last night, I was quite anxious," he said.

His mother Emer is thrilled.

"I am delighted for him. He has great ability but he worked really hard as well," she said.

The CAO college placement results are out next Monday August 20.

St Mary's CBS Principal Maura Murphy is delighted for Luan and all her Leaving Cert students.

"I am very proud of all the lads, they put in hard work, and so did their teachers and indeed their parents. Some results are exceptional like Luan's, but for others who have not done as well as hoped, there are lots of ways to get to your goal and the lads need to remember that," she said.