Now you see it... derelict Portlaoise school about to be knocked 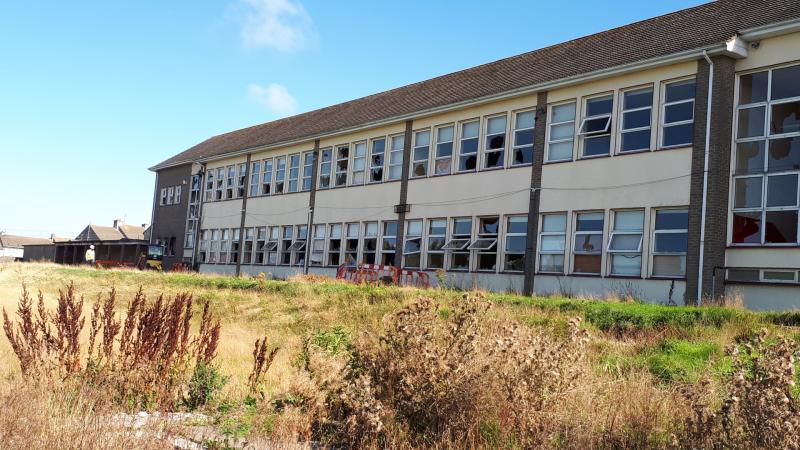 The derelict St Paul’s school on the Borris Road in Portlaoise, Laois is in its final days, with demolition about to start.

It will be replaced with a new special needs building for St Francis School, with a new completion date confirmed of August 1 2019.

Construction company MEIC moved on site on Monday September 3, to prepare the demolition.

Site hoarding will go up this week. From September 10 the building will be ripped out inside and windows removed. The big demolition work will start a week later.

Damien Kavanagh site foreman for MEIC explained the work to the Leinster Express.

“We will take it from the roof down, then big machines will come in and push it over using a big claw. It has to be knocked, crushed then removed from site. The actual knocking only takes a couple of days,” he said.

Below: boring work to test the structure of St Paul's before it is demolished. 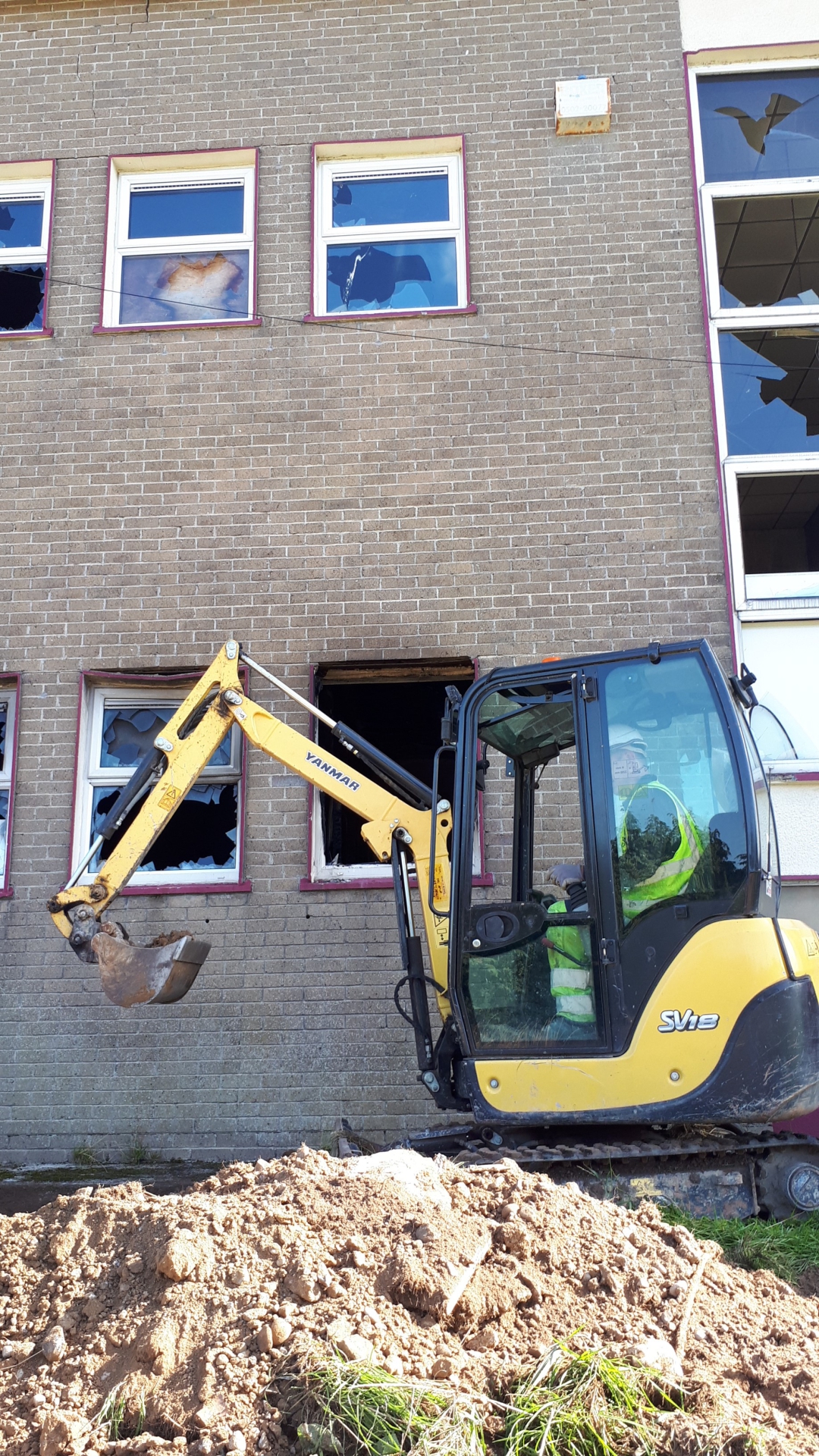 There is little to salvage from the school, which was vacated in June 2017 when it amalgamated with two others to form the Holy Family parish schools.

The Parish urged the department of Education to speed up demolition and so end the vandalism, but without success. Last April the parish hired a security company which curbed the trespassers.

However expensive wooden flooring in all the classrooms have disappeared.

“They took the herringbone oak floors, they’re gone. Somebody got them, they would have been valuable,” the MEIC Foreman said.

MEIC will construct a new two story 12 classroom special needs building for St Francis School, which has 94 pupils aged from 5 to 19 with learning disabilities.

The Department of Education will pay for the school, and the site will remain in the ownership of Portlaoise Parish.