Portlaoise school goes back to blackboards and chalk to save energy 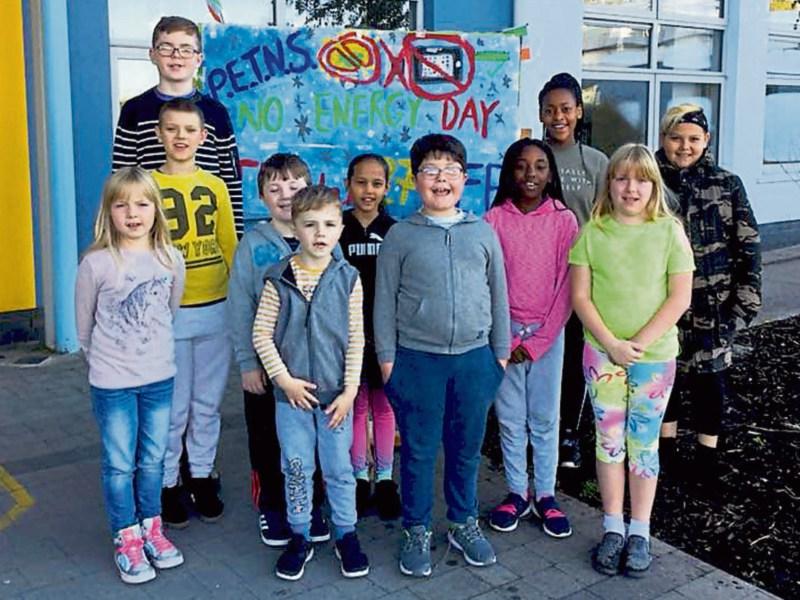 The Green Schools committee at Portlaoise Educate Together NS

A Laois primary school hit the off switch on energy consumption recently, all to try and win their second Green Flag.

The staff and students of Portlaoise Educate Together National School held a “No Energy Day” on Thursday September 27.

"One could be forgiven for thinking that a low energy day meant that the staff and students lounged around all day, doing little or no work, but the opposite was actually true," said teacher Claire Romito, who is leading the Green Flag project helped by a young committee.

The day was part of their campaign to raise awareness of how much energy is consumed on a daily basis and to encourage the school community to reduce their energy consumption.

Lights were left switched off, photocopiers were out of bounds, and lessons were taught without the use of ICT or interactive whiteboards.

The children learned lessons about energy use and climate change in geography, and for history they got to experience what school was like long ago with no electricity or computers.

Elaine’s Senior Infant class even did their work on a traditional blackboard and chalk, something that the children had never seen before.

The staff also brought in lunches that didn’t need to be heated in the microwave and tea and coffee consumption was seriously curtailed.

The intercom was switched off, so the school resorted to using an old hand held school bell brought in by a Senior Infant students to announce breaks and home time.

“Staff and pupils were very impressed with how effectively the day brought home the message about being more mindful of energy consumption,” Ms Romito said.

“Low energy day highlights to us as teachers and children the amount of energy we consume unnecessarily on a daily basis. Today has shown how easy it is for us to reduce the amount we use and help the environment” said Therese a 6th class teacher.

Students also saw the benefits of reducing screen time and giving their eyes a rest from technology.

“I think it’s good because too many people are on devices” said Saoirse in 3rd class.

Portlaoise Educate Together participates in An Taisce’s Green Schools Programme and was awarded its first Green Flag for reducing litter and waste in the school in 2016.

They hope to get their second Green Flag for reducing energy and raising awareness about climate change in 2019.

Below: Luke Conroy and Tamara Peprah getting the message out on 'No Energy Day'. 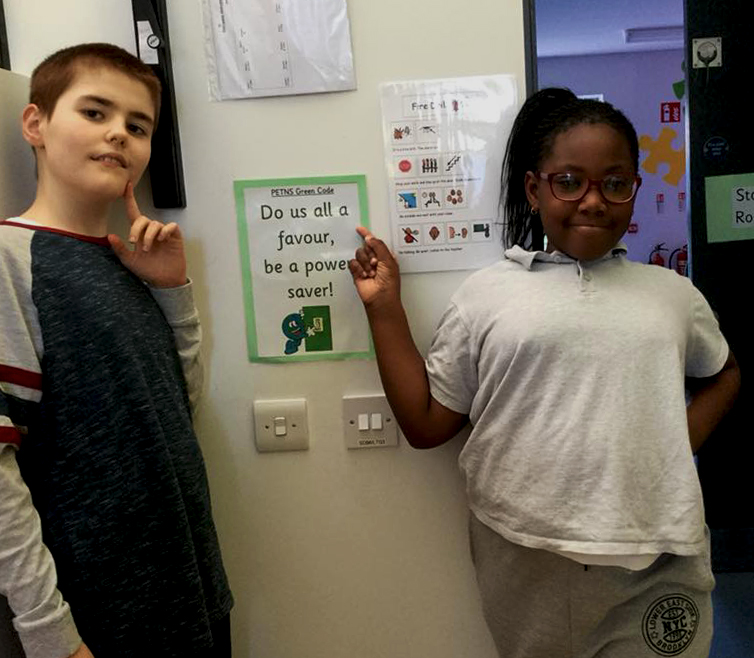