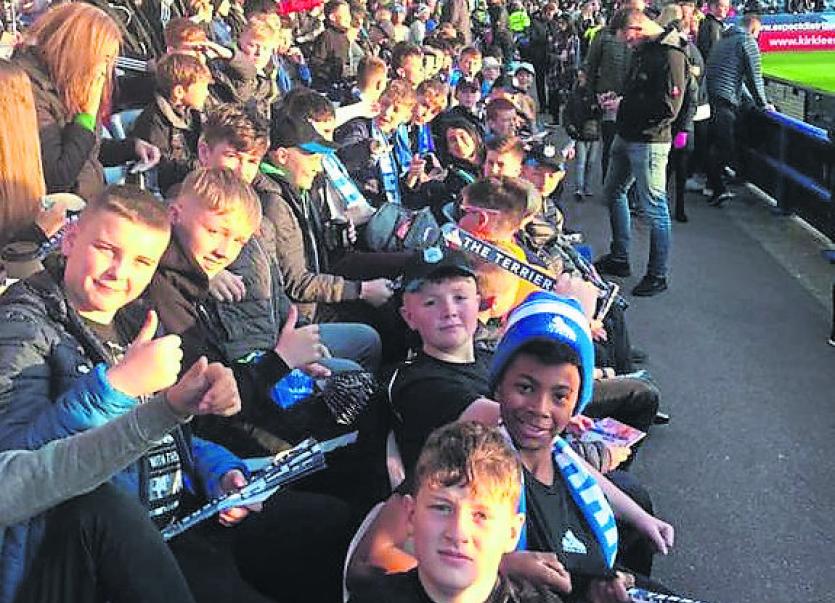 First Years at Knockbeg College in Laois enjoyed a hugely exciting trip last week, when they took the ferry to the UK to enjoy a premier league soccer game followed by riding some of the best rollercoasters in Europe.

Early on the Saturday morning, 51 excited first year students from the college went on the annual soccer trip to a premiership game which is organised by the school each year.

This year’s destination was Huddersfield, where Liverpool provided the opposition for the Saturday evening kick-off at 5:30pm live on Sky Sports.

The boys enjoyed the game and the immense atmosphere, which was for most their first time at a premiership match.

Following Liverpool’s 1-0 victory the boys travelled to Stockport for their overnight stay.

An early rise on Sunday morning was followed by a full day trip to Alton Tower’s, where they enjoyed many rollercoasters with “The Smiler” being the main attraction. The boys returned to Knockbeg by 1:30am in time for lessons on Monday morning.