Laois student in demand for his drama performances 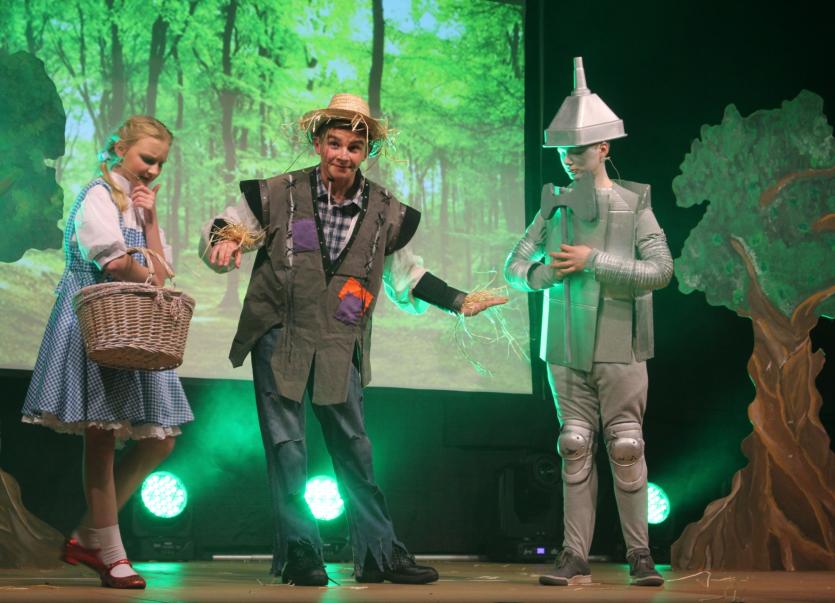 Portlaoise College student Ben Campbell on stage as the scarecrow in the school musical Wizard of Oz.

A Laois second year student, Ben Campbell was in high demand for his drama skills this December, from poetry to musicals.

Ben, 14 is a student at Portlaoise College. Last week he starred as The Scarecrow in The Wizard of Oz school musical.

Thursday December 6 was opening night and it went down a storm. There was no time to recover for Ben however, as early the next morning, he headed for Dublin where he had qualified for the final of the national Poetry Aloud competition, in the junior section category.

Ben had also reached the semi-final as a first year.  This time didn’t bring a top award but the young student gave a magnificent display reciting two poems, ‘May’ by Kerrie Harding and ‘The Second Coming’ by WB Yeats. A lot of learning of lines on top of a full script for a play.

Ben has no doubt of the positive impact of the competition on him.

"Poetry Aloud is the single most beneficial thing -regarding my education - that I have ever done. Ever." 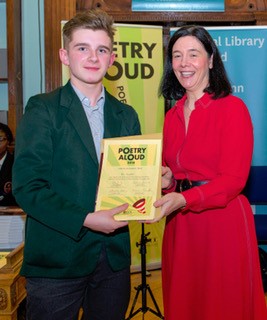 However Ben’s day was only beginning, as accompanied by his parents and teacher Siobhan Holland, he hot footed it to Heuston station to get back to Portlaoise College for the second night of ‘The Wizard of Oz’ and launching into ‘If I only had a brain’ on stage.

‘The whole experience was unforgettable, I couldn’t believe that the final was on the same day as the show but it lead to
something that only Miss Cripps and Miss Holland could pull off,” he said.

The annual Poetry Aloud competition is organised by the National Library of Ireland (NLI) and Poetry Ireland, in partnership with UCC. The competition is for post-primary school students across the island of Ireland with more than 1,700 entries received this year.

A second Portlaoise College student Josh Boylan was one of the top 125 who made it to the semi-finals this year.

The final event had 29 students compete in the junior, intermediate and senior categories for the Seamus Heaney Poetry Aloud Award. Each category winner received €300 as well as book tokens to the value of €300 for the winner’s school library. An overall winner will be chosen from the three category winners and will receive a further €200, the Seamus Heaney perpetual trophy.

Brid O’Sullivan is from the NLI’s Learning and Outreach Department and spoke ahead of the final.

“Poetry Aloud aims to celebrate the art of poetry speaking and nurture the talented second-level students who practice it. This year, the prescribed poems and anthologies draw on a wide range of emotions and moments in Irish life and they have been truly brought to life by the participants. We are looking to welcoming students from Portlaoise College back to the NLI to participate in the final and would like to extend our congratulations to all participants for making it this far.”