A survivor of a Nazi concentration camp came to Laois last week to speak to students about his experience and urge them never to let history repeat itself.

Tomi Reichental, 83 is Jewish and originally from Slovakia. In 1944 when he was nine he was rounded up with his family and sent in a cattle trailer for a week long journey to “hell on earth” in Bergen Belsen death camp. He was liberated a year later when the war was won against Nazi Germany.

Mr Reichental now lives in Ireland where he has spent years speaking to schools and has also written a book to remind people what horrors can develop from racism and prejudice .

Last Thursday November 29, he was a guest of St Fergal's College in Rathdowney, wherer a packed hall of 150 TYs, 3rd Years, senior history students, LCA and invited TYs from Mountrath Community School listened in a hush as he spoke.

He spoke of his family’s attempts to hide from the Nazis, their betrayal and capture, that horrific journey from Slovakia to Germany and his dreadful experience in Bergen-Belsen.

”It is my priority to tell my story, so that you can learn from it. There will and have always been the holocaust deniers, and my job is to put an end to such talk,” he said.

“His description of bodies lying on the barbed wire every morning, of playing hide and seek among the piled up corpses and the awful stench of death and decay were both moving and heartbreaking,” said St Fergal's student Niamh Bracken.

“It was truly heartwarming and life affirming to hear him say 'make peace with your past so it doesn’t spoil your present',” said Chloe O’Riordan.

“What was most striking was that after all he had been through there was no hatred or bitterness, just a desire to tell his story, to ensure that these terrible events cannot happen again,” said student Shane Coffey.

“He was just a 9 year old child at the time, and the horrors of life in Bergen Belsen touched the hearts of all gathered,” said teacher Joan Hallissey.

“His description of the antisemitism in Slovakia was heartbreaking, when he described how he couldn't go to school as Jews weren't welcome,” she said.

Tadhg Carroll said that to hear him talk made history come alive.

“I will never forget it. An inspiring person,” said Sean Kitchen. 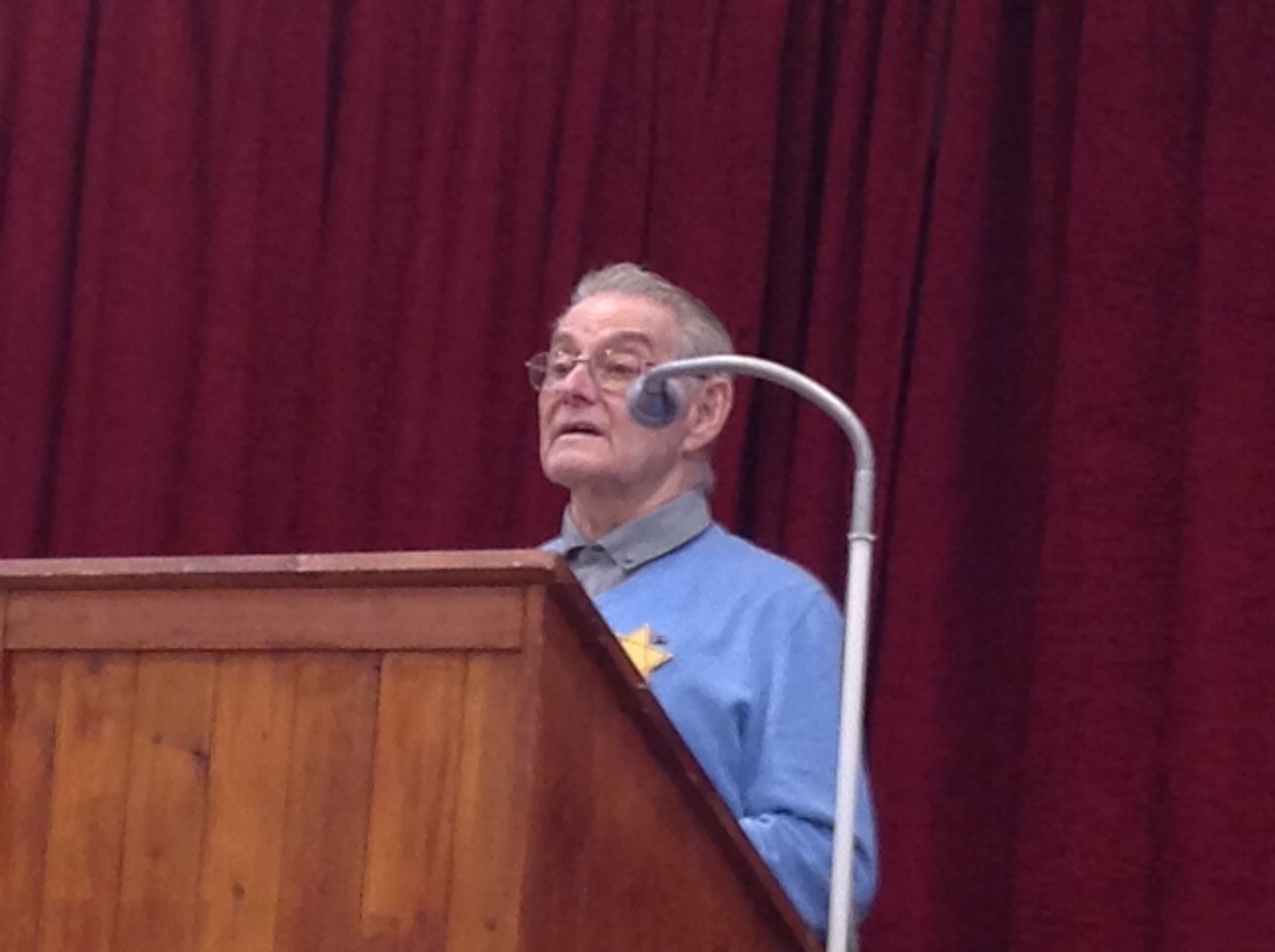