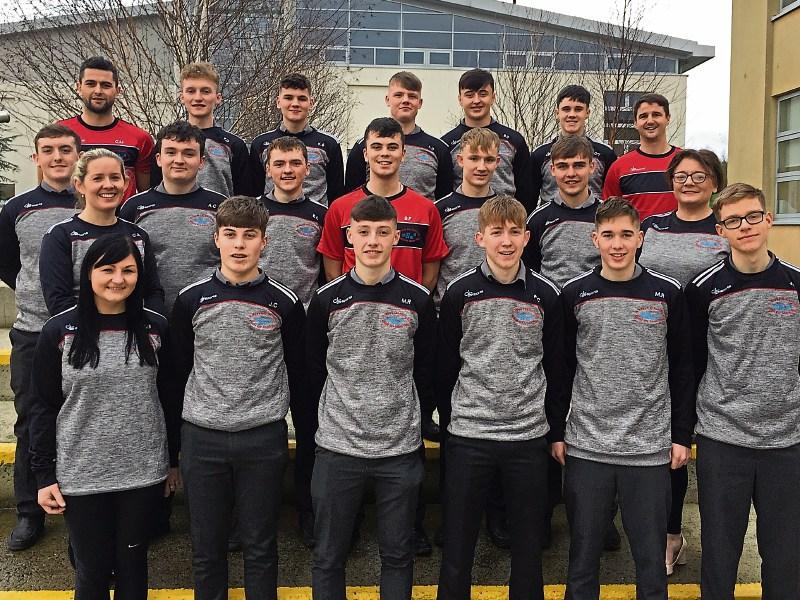 Every two years another brave group of teenage boys leaves Portlaoise for Africa on a humanitarian mission to support children living in extreme poverty.

This Friday morning February 8, a group of 16 lads from Transition Year and 5th year will hug their families and head off on the bus to Dublin for the long journey to Livingston in Zambia.

They were selected from a big group of students who had all applied to go and underwent interviews to be whittled down to the final 16.

Their two weeks will be spent teaching children in schools from 7am until 2pm.

Then from 4pm to 7pm each evening the lads will visit an orphanage to play and socialise with children.

James Walsh believes that it is an invaluable life lesson.

“Three lads who went four years ago when I went have since gone back to Africa as volunteers in third level. It has a huge impact on the students, they come back more appreciative of what they have here. They value education more too, because they see that even though Zambian families are so poor , they want to be educated, but some can't afford the €5 they have to pay for books or an uniform and so can't go to school,” the teacher said.

The poverty suffered by the Zambian children creates health problems he said.

“They eat the same maize based dish for breakfast dinner and tea, which makes them malnourished, so we bring out vitamins for them.

“HIV is a major problem too because of the lack of medication and health education,” the teacher said.

The students each had to fundraise €1200 to pay for their trips, which they did by doing their own fundraisers like bag packs and golf outings over the past year.

They will bring another €6,000 to €10,000 directly to the schools and orphanages, raised by the school's 20kDrop fundraiser last year and by direct donations from local supporters and businesses.

“Our bags will be packed to bursting. Local businesses have been very generous, and we really appreciate the support. Our own school community has been very supportive too,” said Mr Walsh.

The students have been visiting classrooms in Park Ratheniska and the Holy Family schools in Portlaoise to observe lessons in action and get some teaching practice before they go.

They have also had their vaccinations against diseases and will take malaria tablets during their stay.

“They are an exceptional group of lads, they have given 100% so far, the fundraising is the hardest part, now they are all looking forward to going,” the teacher said.

The school has now made at least eight trips to the area.

“It is a great long standing tradition and long may it continue. However it is such a big area.We do what we can, but it would take a lot more trips to resolve the problems people face.

“I would like to think that the school has a positive impact on those local schools the boys teach in. And that we can bring some joy and happiness to the orphans,” the teacher said.