Irish language spoken by many nationalities in multicultural Portlaoise 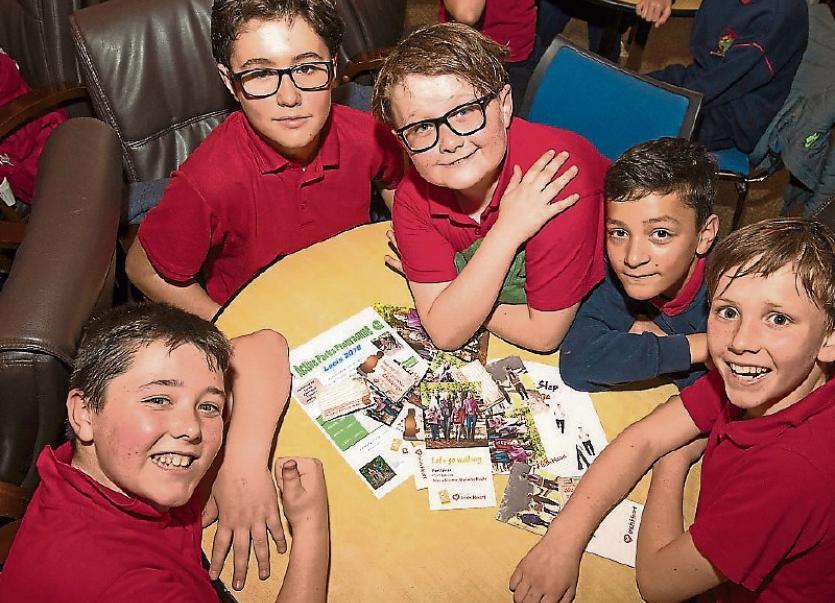 Happy pupils at Gaelscoil Phort Laoise, which is planning its first official reunion for its 20th birthday

Irish is now being spoken by French, Polish, Lithuanian and Arabic nationalities in Portlaoise, thanks to the town's gaelscoil.

It is 20 years since Portlaoise Gael Scoil started up in the old prison officers club beside the cinema.

In September 1998 it began with 12 young pupils and one múínteoir, principal Áine mhic Aodha Bhuí. It was formed by parents who wanted their children to learn through Irish, with the support of dept of education.

The school has come on 'ó neart go neart' since then, said the present principal Dominic O Braonain, from their modern school in Summerhill campus.

“We have in excess of 330 pupils now, many of them from around the world who are learning Irish as their third or fourth language, we call them Gaeil nua, their first languages include Polish, Lithuanian, French and Arabic," the principal said.

He is delighted that students can now continue their education through Irish up to Leaving Cert level.

"We are fortunate to have a recently opened all Irish secondary school at Dunamaise College,” he said.

“We have done what was set out to achieve, there is a lot of grá for Irish language in Portlaoise now, and when past pupils meet there is an unwritten agreement that they converse through Irish,” he said.

The gaelscoil celebrates its 20th year with its first official reunion.

The reunion is organised by the parents council, taking place in the Halla of the school, on Friday March 15 from 6pm to 8pm.

“We welcome old photos and birthday greetings. There will be cupáin tae, comhrá, comhluadar, and a cead mile failte to all our past pupils,” said the principal.

Laois has two more gaelscoils both in rural areas, Gaelscoil an tSlí Dála, and Gaelscoil Thromaire.