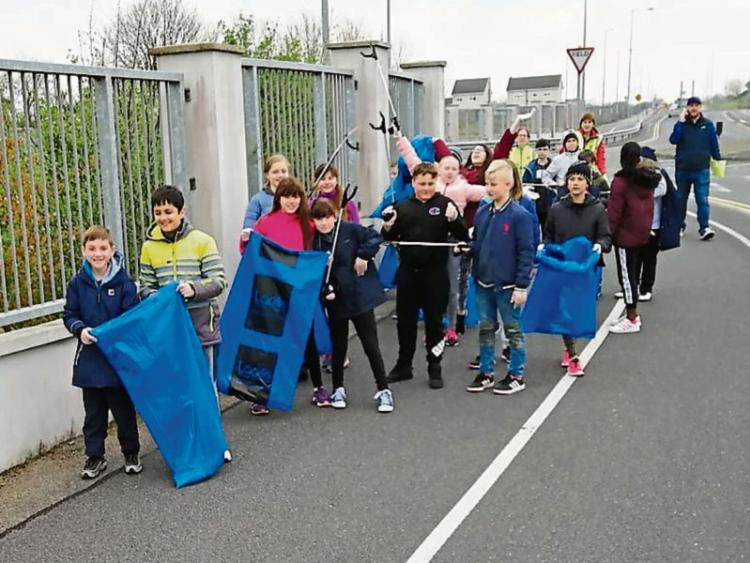 If you want to know about the effects of litter on the environment or want to know more about biodiversity then look no further than the knowledgeable children of Portlaoise Educate Together National School.

The school is hoping to receive its second green-flag award this year for being an eco-friendly school.

Remarkably, the school is well on the way to achieving this having reduced its annual heating and electricity bill by almost €5,000 in the past year. 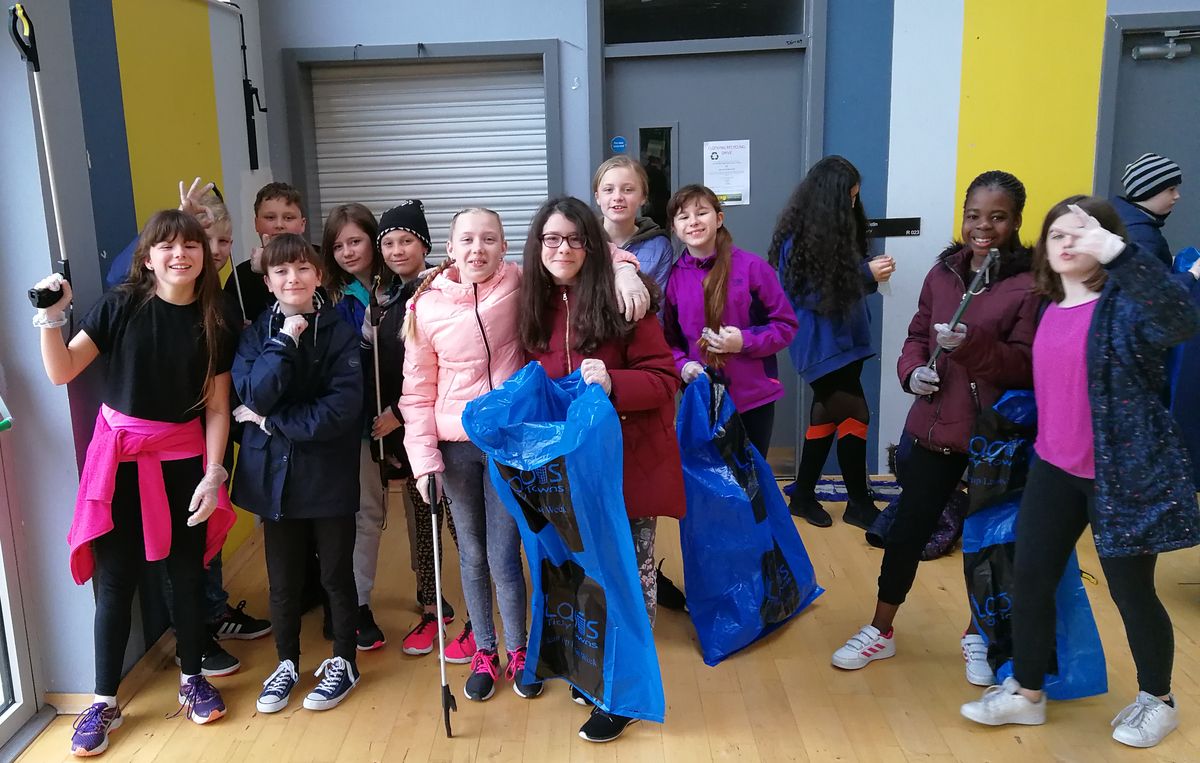 This included a visit from three Portlaoise Tidy Town’s volunteers who presented the school with bird-boxes and a bug-hotel, made by prisoners at the Midlands Prison Portlaoise.

The event was organised by first-class teacher Claire Romito who answered the call from the Portlaoise Tidy Town's volunteers early in February and liaised with the group during the months leading up to Clean-Up Laois week. more below picture

Over 300 pupils filled the school's hall and listened attentively to Ms Romito during a PowerPoint presentation as she spoke to the children about the effects of litter and how it impacts the environment and both humans and wildlife alike.

However, any time that the teacher asked questions relating to waste reducing, recycling and reusing scores of hands flew up into the air.

Young children from first-class up to sixth bamboozled parents, the Tidy Town volunteers and even their teachers with their knowledge, awareness and answers on the subject of litter.

Portlaoise Tidy Town's volunteer Geraldine Brennan spoke about what the Tidy Towns does.

She complimented the children on their advanced awareness on the environmental effects of litter and how it has become a global issue involving both land and sea. more below picture 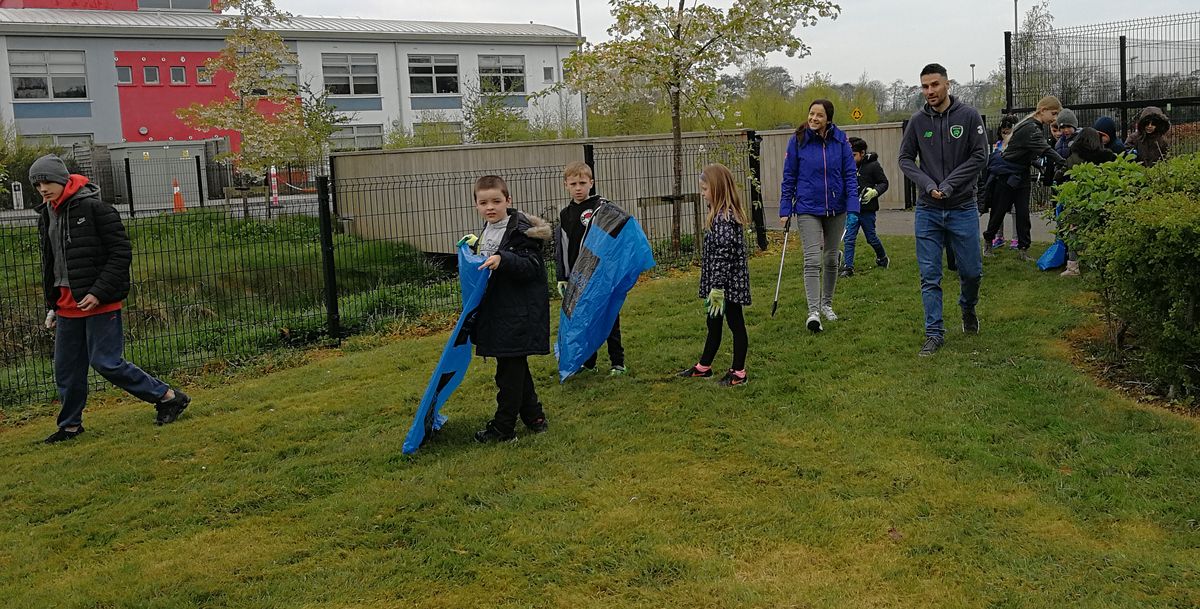 The educational morning was followed by first-class and fifth-class children doing a litter-pick of the school’s campus and of the footpaths outside the campus gates accompanied by several teachers and the Tidy Town volunteers.

Portlaoise Tidy Towns meet every Wednesday evening at 6.30pm and each Saturday morning at 9am at Portlaoise Credit Union and carry out many different activities in the town centre and surrounding areas to keep Portlaoise looking clean and welcoming.

New volunteers are always welcome to come along if you have an hour or two to spare. You can contact the group on its Facebook page which is Portlaoise Tidy Towns. 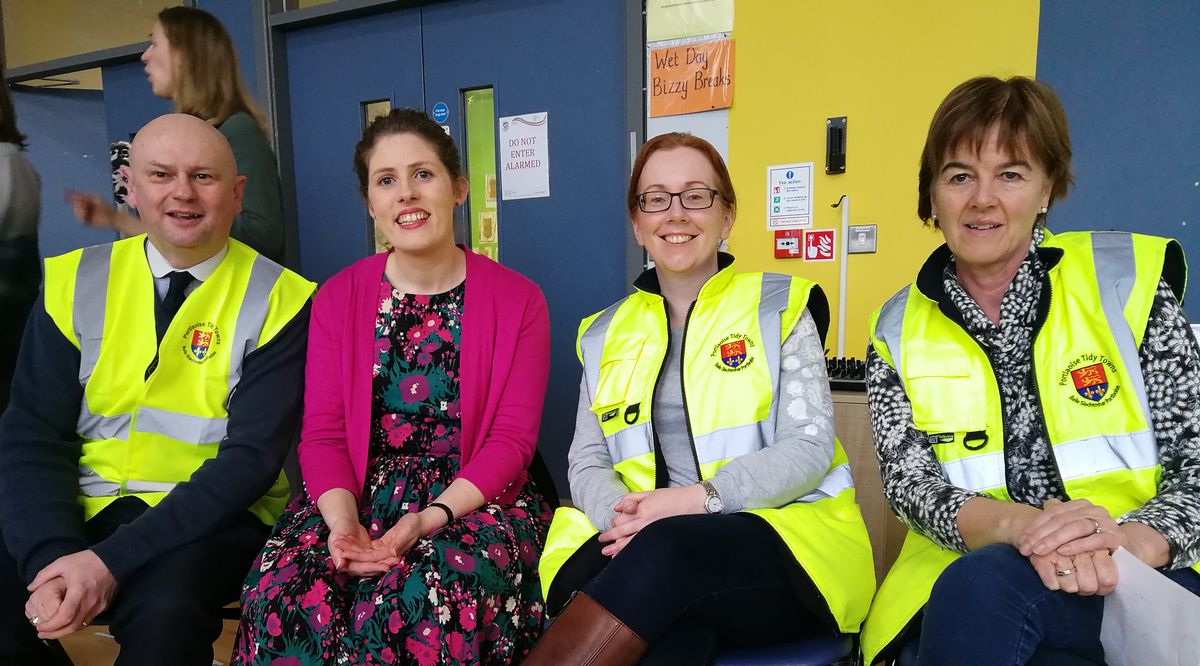