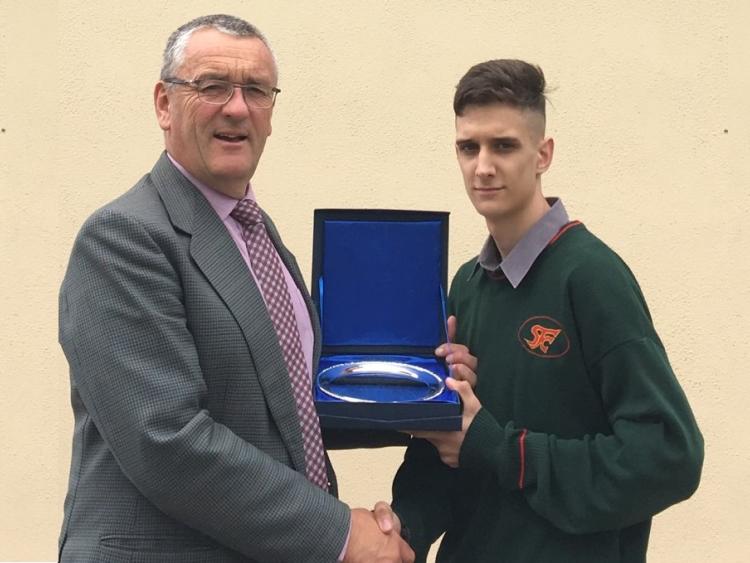 A Leaving Cert student from Rathdowney has managed to finish both primary and secondary school without missing even one day.
Evan Treacy has achieved the rare perfect record after attending 13 years of school, first in Scoil Bhride National School in Rathdowney, and then in St Fergal’s college.

Last week the college awarded him with a Special Achievement award.

The deputy principal Sean Conroy presented the award to Evan at their end of year awards ceremony.
“It is very rare, it’s the first time I’ve seen this happen, it’s a massive achievement,” he said.

He had high praise for Evan.
“Evan is a very dedicated student, very courteous and respectful. He is a great example to the other students,” he said.]

On the rare occasion that Even had an appointment, he returned to school for his classes on the day.
Evan is modest about his achievement.
“It’s nice they noticed I was always there. I was just always lucky, I was never really sick. I just always came to school, I would never take the day off, I always wanted to be here learning,” he said.

The Leaving Cert student is hoping that all his hard work will be enough to get him a college place.
“I hope I have enough learned to pass and get into college, I should after 13 years. I hope to study business management in Carlow or Limerick if I get enough points,” he said.

He has a similar award from his primary school.
“Once I got I had that I knew I could do the same in secondary school so I pushed myself never to miss a day. College will be a bit different now,” he said.

His mother Karen Holohan and little sister Emily were there to see him get his award.

"He proudly displays his Scoil Bhride plaque on the mantle piece and he now has his St. Fergals full attendance award to put beside it," said Karen.

It is a family wide achievement. His older sister Rebecca only missed 12 days in secondary school, and that was because her appendix burst. The school awarded her for her full attendance anyway, allowing for the unavoidable hospital stay.
Emily has missed just one day in primary school from chicken pox, with only weeks to go.

"I always felt that there was no reason not to be in school, a sniffle or cold never stops them doing anything else so going to school shouldn’t be any different. They don’t think the same as me though on occasion when complaining of being nearly dead (in their words) I always ask “are you dead though?” with no being the usual answer so off they go," she said.

"In fairness to all three of them though they were always great to get up and get ready every morning, they always enjoyed their day and had a story or two to tell about who did this and that. Homework was done every evening without any constant asking.  Overall school was a good part of their early lives.

"I am extremely proud of all three of them and hopefully it will all stand to them in the future in their lives and in their workplaces," their proud mother said.

Below: Emily, Evan and Rebecca Treacy. 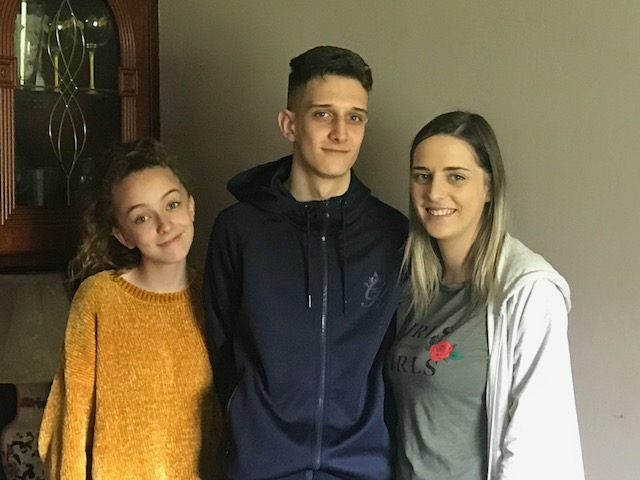