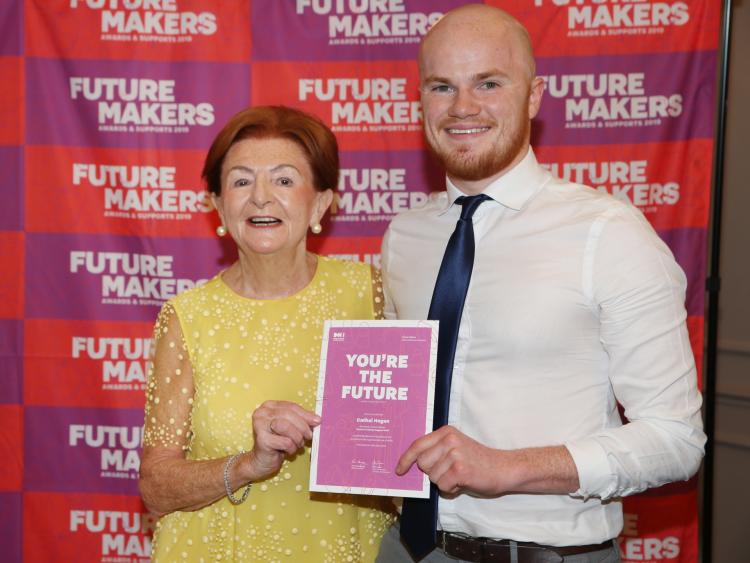 Ceramics student Cathal Hogan from Laois receives his award from the Chair of the Design & Crafts Council of Ireland Breege O’Donoghue.

Cathal Hogan, a ceramics student from Mountmellick in Laois, has been announced as one of the recipients of the Design & Crafts Council of Ireland’s (DCCoI) Future Makers Awards & Supports programme for 2019.

Future Makers is one of Europe’s largest prize-funded award programmes for students and emerging makers and a total of €25,000 was awarded to 23 designers and craftspeople this year.

The announcement took place at an awards ceremony last Friday, June 14 in The Westbury, Dublin which was officially opened by fashion designer, educator and former Future Makers winner, Natalie B Coleman. The certificates were presented to the recipients on the night by DCCoI Chair Breege O’Donoghue.

Cathal was awarded with a Travel and Training Support of €500 and a certificate in the Student/Recent Graduate category.

The judges commented that ‘Cathal is a novel story teller. It is interesting to see an illustrator working in clay, and he shows an inventiveness of drawing and freshness in his approach.’

Cathal is studying ceramics at Limerick School of Art & Design (LSAD). Some of his work below: 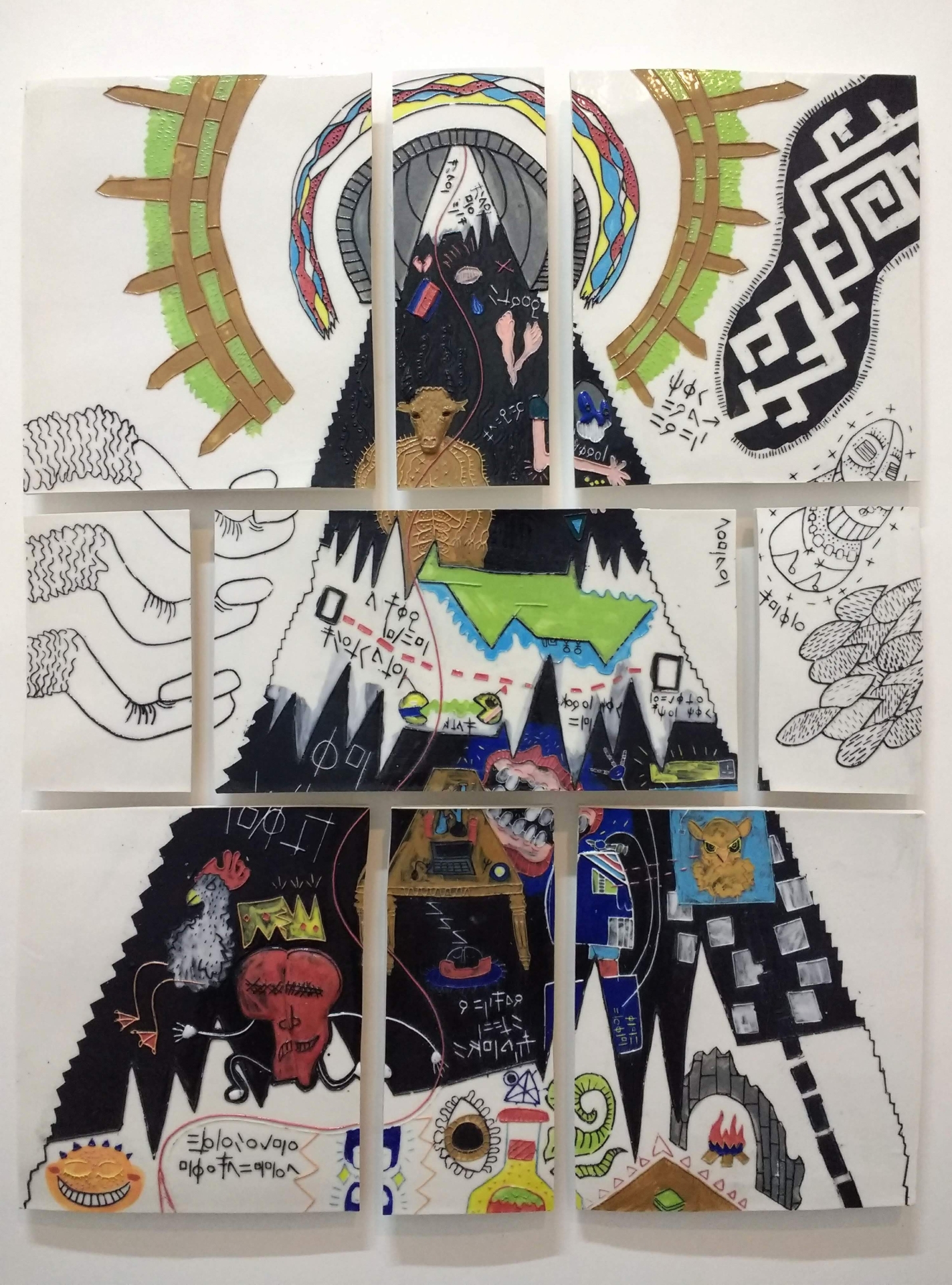 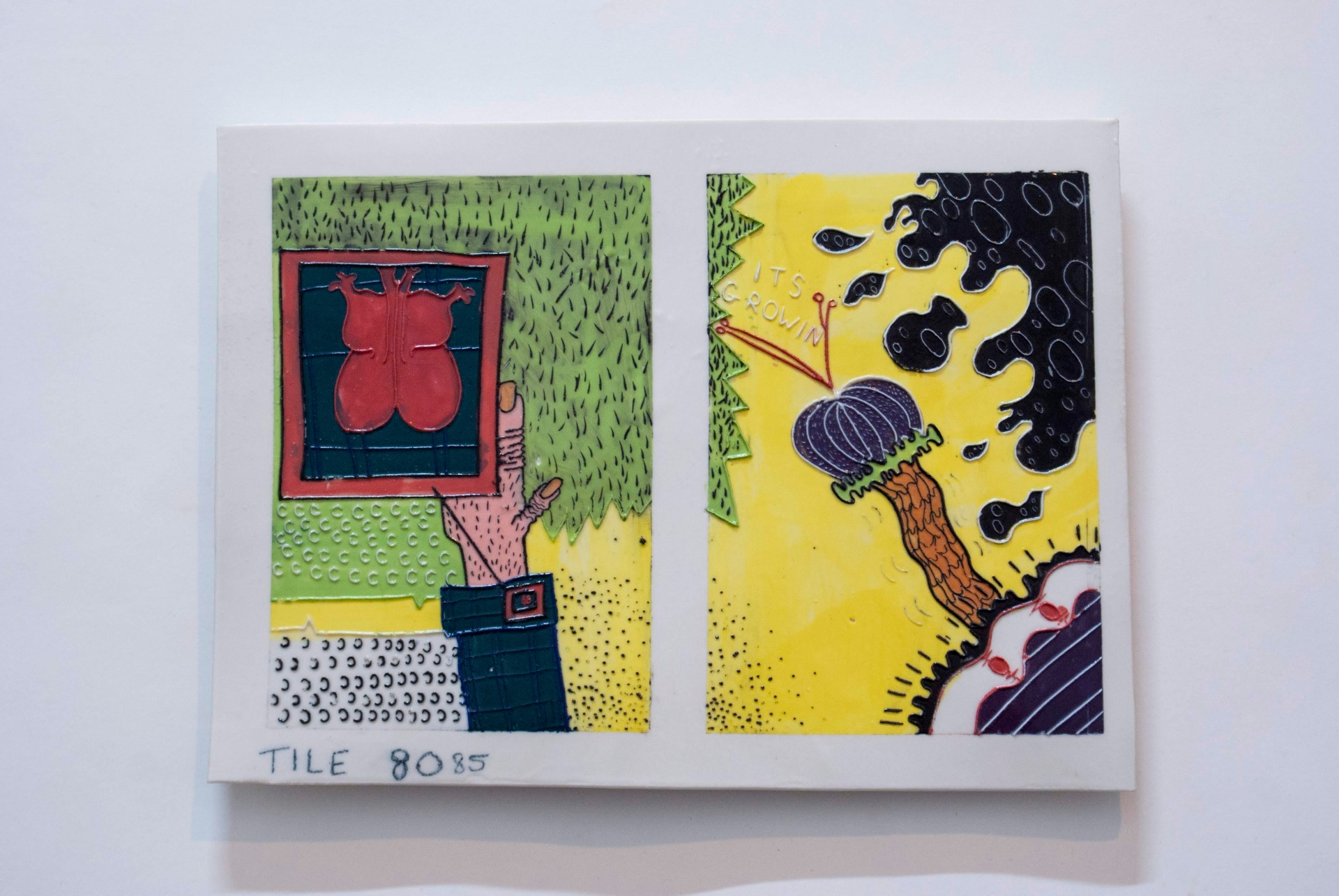 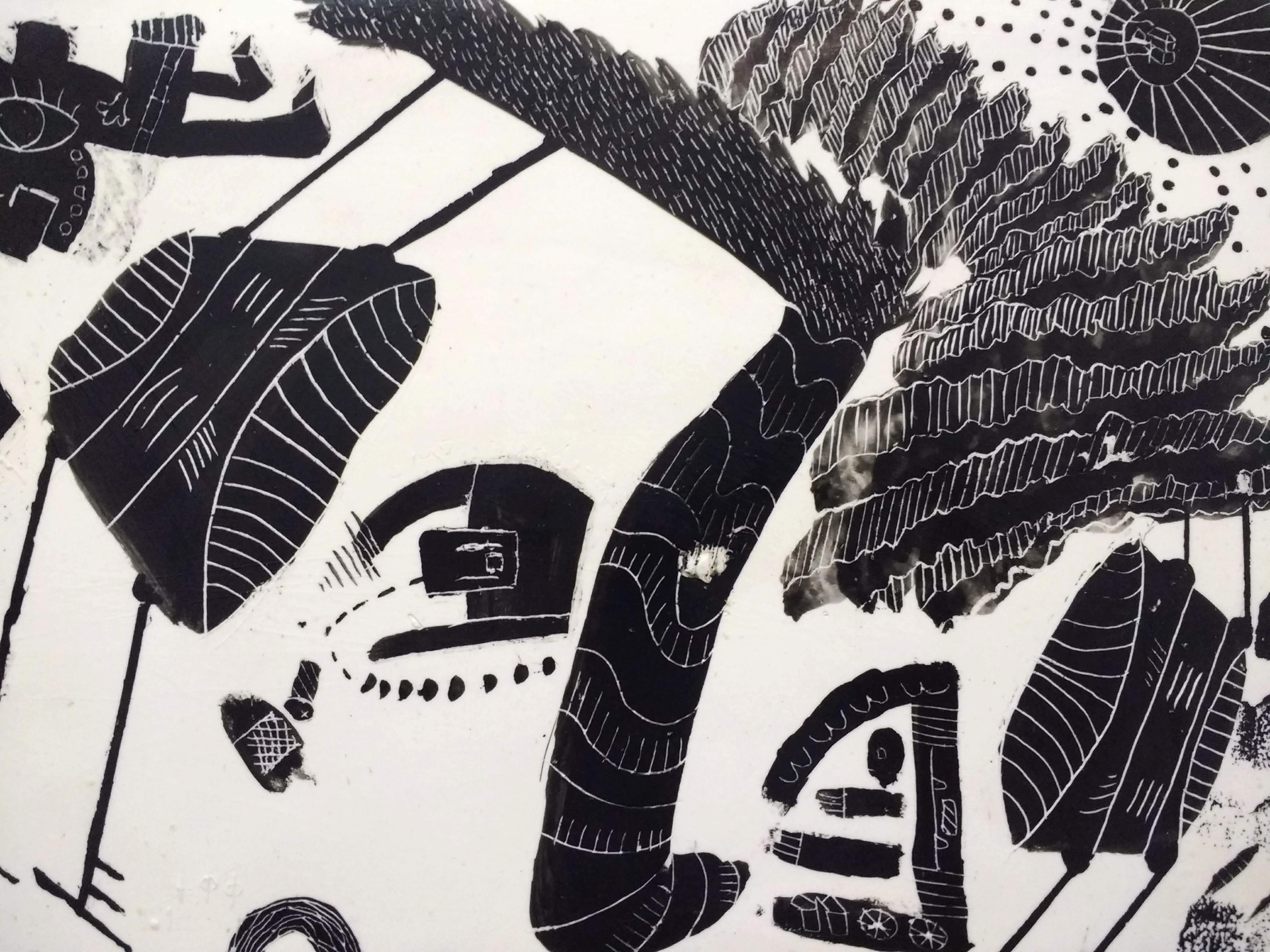 Divided into student/recent graduate and emerging maker categories, the Future Makers Awards & Supports programme recognises and rewards vision, innovation and excellence in both making and the creative process and is one of several DCCoI initiatives supporting a new generation of talent in the design and craft sector. Celebrating its 10-year anniversary in 2019, this year’s prize fund was increased to €25,000 reflecting DCCoI’s ongoing commitment to supporting and investing in the potential of talented makers that are in the crucial early stages of their career journeys.

Future Makers 2019 received the highest number of entries to date with 214 applications submitted and assessed through a formal judging process. Entries for 2019 were evaluated by a panel of national and international judges over two stages. The first round was judged by Frances McDonald, Contemporary Design and Craft Consultant and Paula McCoy, Homeware Buyer at Arnotts who selected a longlist from the initial applications. At the second round, a final group of 23 designers and makers were chosen to receive awards and supports by independent curator Brian Kennedy and fashion designer Alison Conneely. Demonstrating innovation and creativity as well as traditional and modern techniques, the 23 successful applicants come from a broad range of disciplines, from textile design to jewellery, ceramics to metal making, and from throughout the island of Ireland.

Laois furniture designer Alan Meredith is one of the many past recipients of the award who have gone on to develop careers.

Karen Hennessy, Chief Executive of the Design & Crafts Council of Ireland, said: ‘Supporting and nurturing a pipeline of talented Irish designers and makers with the requisite knowledge and skills to meet future needs is a key strategic aim of the Design & Crafts Council of Ireland. This year marks the 10th anniversary of Future Makers and over those ten years €285,000 has been invested in awards and supports to 252 Irish designers and craftspeople, including this year’s programme. We are delighted that so many Irish designers and craftspeople have benefitted from this initiative during this time. Through the support of Future Makers, our aim is to encourage the next generation to grow their skills and expertise and to give them the confidence to take the next step in their development. We congratulate the recipients of Future Makers 2019 and look forward to collaborating with them in future programmes as their careers progress.’

The RDS Craft Awards 2020 will be open to winners of DCCoI Future Makers Awards & Supports 2019. Five bursaries of €10,000 each will be awarded for the development of business and craft skills to those pursuing a professional career in the sector. The award can be spent on further education and training, research, development of new work, mentoring, purchase of equipment, studio improvements, website and residencies. See rds.ie/craft for information.