Clonaslee College welcomed the head of Met Éireann Evelyn Cusack as their special guest at their recent awards day.

Ms Cusack grew up in Clonaslee and was warmly praised for her career achievements by principal Suzanne McMahon.

Evelyn Cusack advised the students to study a subject at third level they enjoy as this could lead to a career that would prove both interesting and enjoyable.

She has undertaken to return to the school when the new Science lab and classroom under construction is complete. She also proposed to give a talk on Climate and Science.

David Mc Kane, Head Boy, and Roisin O’ Donovan, Head Girl, presented Evelyn with student’s artwork, photography of the local area and a photo of herself as a child with her mother Anne who taught in the national school in Clonaslee.

Awards were presented to many well deserving students, by members of the BOM, Parent’s Association, Evelyn Cusack and Father O’ Reilly. 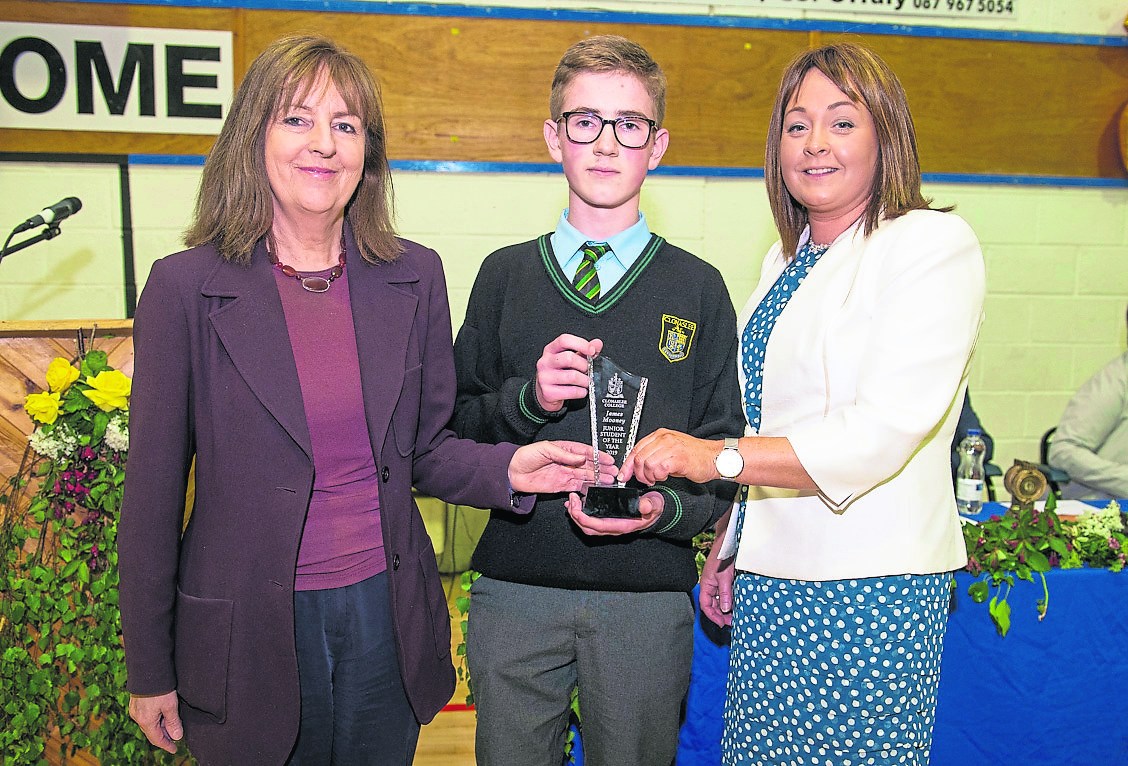 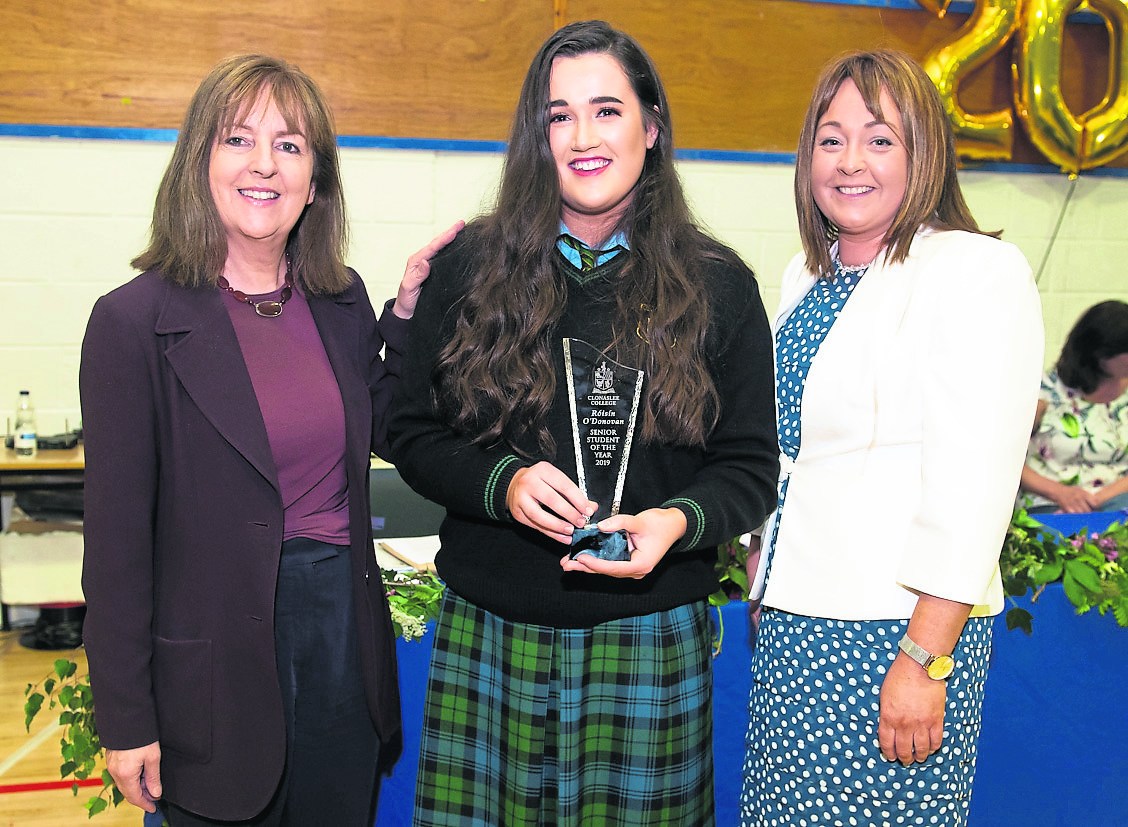